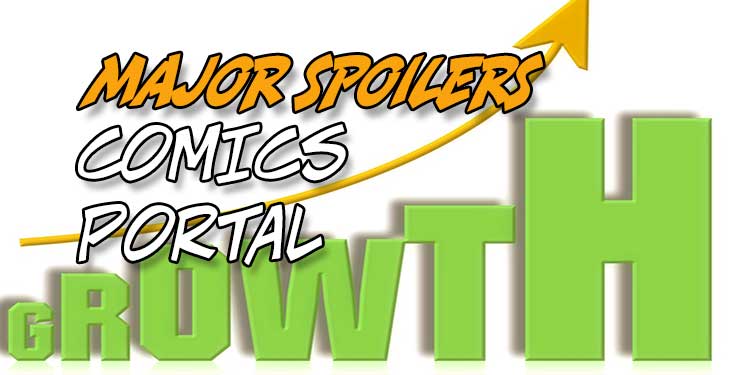 Hopefully, you were reading MajorSpoilers.com on Saturday! If so, you probably came across the same encouraging news I did, which you can find here!

WHAT WAS THE NEWS?

That was some of the best news about the industry I’ve read in a long time! Sales continued to grow last year, reported a press release highlighting figures from Comichron’s John Jackson Miller and ICv2’s Milton Griepp.

“The massive shift to graphic novels as the preferred format for comics continued in 2019,” Griepp said, “bringing sales in the book channel above the comic store channel in North America for the first time in the history of the medium.”

“The comics industry has displayed resilience during many difficult times over the decades,” Miller said.  “While the pandemic may prove its biggest test yet, 2019 provided the business with a strong base.”

That’s a lot of sales! And they went up, not down!

SOME OTHER IMPORTANT TAKE-AWAYS

As I’ve discussed previously in this column, kids and YA graphic novels are soaring right now. It’s no wonder that DC has been heavily into these books, and Marvel recently jumped on board with Scholastic as well!

This is important because I’m hoping these younger readers will gravitate to their local comics shops or, at the very least, be seeking out other reading as they grow up. I’m optimistic that a goodly portion of those people will discover comics, if they haven’t already!

The study also made two important changes as to how they collected information:

This makes an important “sea change” when it comes to how people view comics sales. They are shifting away from Diamond as the ONLY source of comics and graphic novels. If things continue as they have been, we might see Diamond’s percentage of comics sales seriously dip in the near future, with at least two comics companies leaving that distributor. We’ll see how things develop along those lines.

Also, “demand for comics content remains high,” Griepp noted, “and retailers have been finding inventive ways to fill that demand.” Those LCS’s who are being creative and working diligently to meet the needs of their customers are doing the right thing, and then some!

Going back to crowdfunding briefly, it’s also interesting that this study paid attention to that recent development in the industry. Maybe it’s just me, but I’ve been noticing an uptick when it comes to comics projects on both Indiegogo and Kickstarter. Given that these sites make it possible for more and more creators to fund their comics, I think we’re likely to see their percentage of the industry blossom in the coming years. That this report paid attention to them is something I had to notice as well! As uplifting as I found this report, I think we have to temper our expectations for the 2020 version. We’re all painfully aware that the industry basically shut down for several weeks, and I’m not sure sales have returned to their pre-pandemic levels… at least, not yet.

I know I say this a lot, but I feel it now more than ever… we need to support our LCS and any other avenue we can to buy comics. Yes, the economy is on the rebound, but not all of us have been able to pay our bills and meet our needs yet. We have to pay the power bill before buying comics, of course, but those of us who believe in the comics industry, if we at all can, need to step up and support the creators, companies, and shops we love.

It’s hard to say how the rest of 2020 will pan out, but if we want to see comics as an art form and a means of storytelling survive, we need to be proactive about it. At least most books are coming back to store shelves, if they haven’t already. As far as the creative output, I haven’t noticed any downturn. Comics are as enjoyable and engaging as ever, and the more I hear about what’s coming, the more interested and excited I get! Dark Nights: Death Metal, anyone?

What do you think? Can the comics industry rebound from the pandemic? Are you buying comics the way you were before things crashed and burned? What about your LCS? Are they getting the support they need? Whatever your opinions, please share your thoughts in the space below!