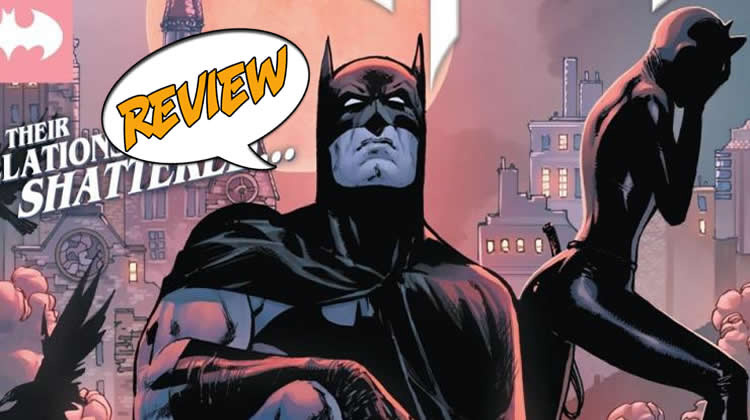 This continues to be a golden era for fans of the Dark Knight. He’s getting the best of attention from the best Bat-creators, and that includes the current run up to issue #100.

SOLICITATION: The Designer’s machinations have left Batman’s life in tatters! Gotham City’s ambitious rebuilding has skittered to a halt as new powers are rising to shape its destiny—and Batman is powerless to stop them! With no Alfred or Bat-Family to lean on, the Dark Knight stands alone against the ascendance of his greatest adversary!

THE JOKER VS. BATMAN AND BRUCE WAYNE

I have to hand it to Mr. Tynion. He’s really upped the stakes when it comes to this battle between Batman and the Joker. In the past, well, the Joker really didn’t have all that much to draw on in his artillery. I mean, smiling fish, hand-buzzers, and goofy people backing him up really didn’t amount to much when facing Batman with all “those wonderful toys.” Well, that’s all changed now as the Joker has stripped the Dark Knight of his arsenal and begun to use them for himself.

One of the biggest developments has to be that the Joker now knows Batman’s secret identity and is using that to his advantage. He’s turned the tables on his enemy by arming himself with everything the Dark Knight might have used against him in the past. This means that Batman has no one to help him, as shown in this issue. Even the recent romance with Catwoman isn’t working in any real way.

Not only that, but Deathstroke and other baddies are lined up with the Joker now. He’s even got a new side-wench in Punchline. And Batman has taken some serious beating recently. “Mistah J” has really turned it into what DC is calling it… “The Joker War.”

I’m usually a fan of short stories these days. Longer epics like this one are often not my favorite reading, but this one… Yikes! I’m completely gripped!

The best way to challenge a hero is to make so us readers can’t figure out how the hero could possibly survive the current conflict. Aside from possibly the Justice League, Batman is completely on his own. And even they may be aced out of the picture if the Joker has planned things regarding them as strongly as he has on every other level.
Tynion’s plotting is strong and fast, and his keeping the Joker at least one step ahead of Batman is making for some powerful reading. Honestly, it’s going to be difficult to top this story in the issues that come after this one concludes!

The artwork in this multi-part storyline has also been tremendous. I mean, this is some of the best Batman illustration I’ve seen since Greg Capullo! It’s great work, keeping me on the edge of my seat on each page. And the darker colors fit the tone of despair Batman must be feeling right now!

I always say that facial expressions are critical, and that is so true in this issue. Both how the Joker and Batman feel is clearly being represented in the artwork, and how! The action sequences are gripping, too, so this build-up to the war itself is hard to take your eyes off!

I don’t want to spoil too much, but the way this issue wraps up really has me wondering what could possibly happen next! Given the amazing ability of Batman to stay ahead of the technology curve as well as personal combat techniques, how could the Dark Knight possibly improve? I thought he was functioning at peak performance already! What does this even mean??

Are there significant changes coming to Batman and Bruce as he attempts to come out on top in this war? I mean, he’s got decades of being the best Bat possible under his utility belt. Now what? All I can do is hang on for the bumpy ride ahead! If you are at all a Bat-fan, this story must not be missed!

97%
97%
Joker Vs. Batman AND Bruce Wayne
The Joker has turned the tables on his enemy by arming himself with everything the Dark Knight might have used against him in the past. This means that Batman has no one to help him, as shown in this issue.
Batman Ben Abernathy Clayton Cowles David Barron dc comics guillem march james tynion IV rafael albuquerque Review
Share. Facebook Twitter Pinterest LinkedIn Tumblr Email
Previous ArticleCritical Hit #561: The Cold Grip of Death (VS06-111)
Next Article Major Spoilers Question of the Day: Most Important Avenger Edition