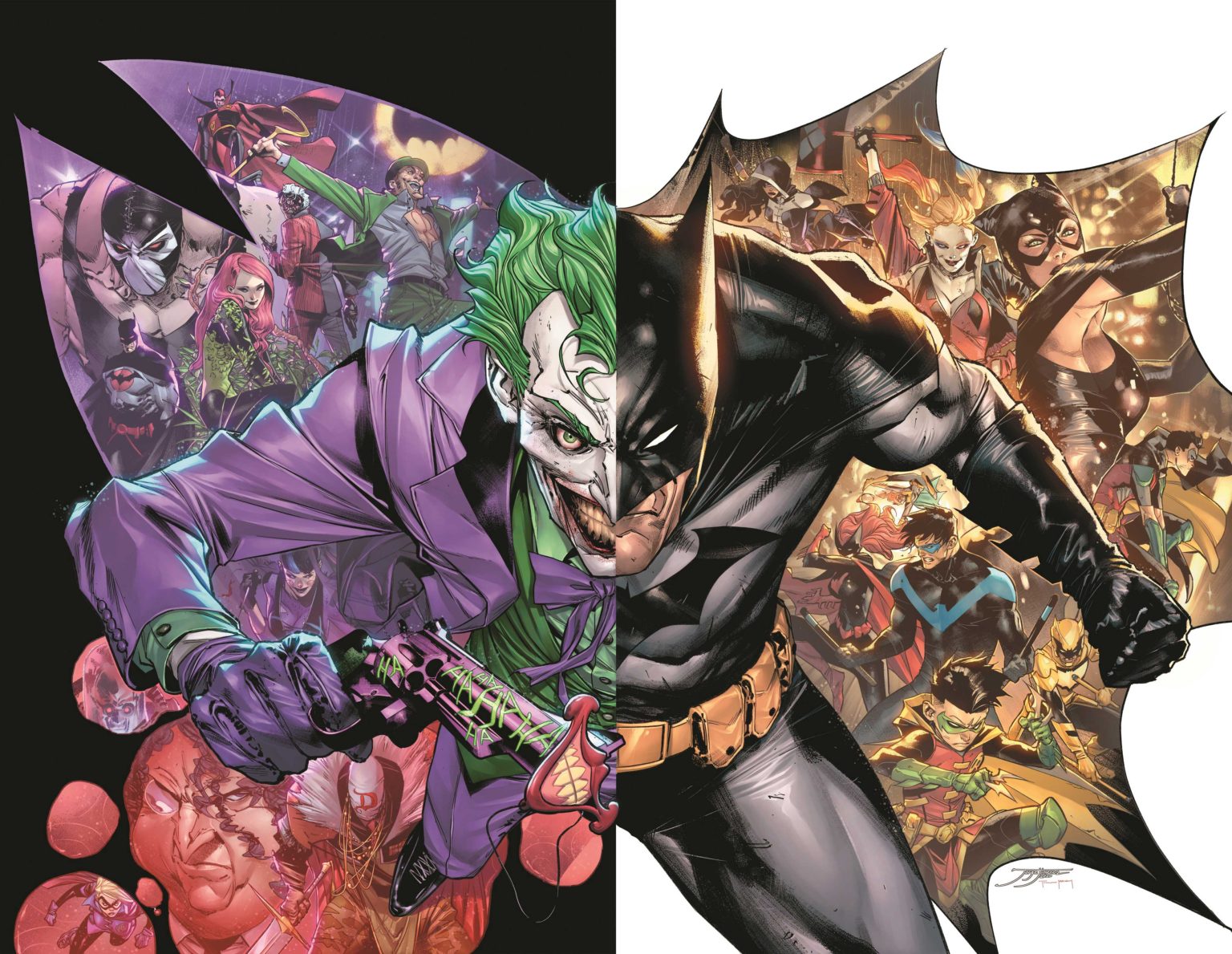 The Joker War comes to an end in October

DC Comics has shared the solicitation information for a few Batman titles that will conclude The Joker War even that recently kicked off. BATMAN #100
Written by JAMES TYNION IV
Art and wraparound cover by JORGE JIMENEZ, GUILLEM MARCH, CARLO PAGULAYAN and DANNY MIKI
Card stock variant cover by FRANCESCO MATTINA
1:25 card stock variant cover by JORGE JIMENEZ
On sale OCTOBER 6, 2020
In this extra-sized finale issue, “The Joker War” comes to a city-shattering conclusion as Batman battles The Joker in a brutal, no-holds-barred final duel! This is a fight 80 years in the making, and its outcome won’t just change Batman’s life—it will change Gotham City for years to come! DETECTIVE COMICS #1028
Written by PETER J. TOMASI
Art by NICOLA SCOTT
Cover by KENNETH ROCAFORT
Card stock variant cover by LEE BERMEJO
On sale OCTOBER 13, 2020
Spinning out of the events of “The Joker War” and Detective Comics #1027 comes a tale of the beginning of the end for Gotham City’s status quo. With tensions flaring and a new mayoral candidate making his anti-masked hero agenda known to the city, Batman and his allies are stretched thin to keep the peace. But just as things couldn’t look any worse, a string of gruesome murders has left a trail of the most corrupt in Gotham City losing their heads…literally. If Batman doesn’t quickly find the killer— the Dark Knight will be next.

BATMAN #101
Written by JAMES TYNION IV
Art and cover by GUILLEM MARCH
Batman/Grifter card stock variant cover by FRANCESCO MATTINA
1:25 Grifter card stock variant cover by JORGE JIMENEZ
On sale OCTOBER 20, 2020
A new day dawns in Gotham City, and the horrific aftermath of “The Joker War” is only starting to unfold…how has The Joker’s rampage affected the citizens of the city? What legacy did the Clown Prince of Crime leave, and how it will hit the Dark Knight? And why does Cole Cash—a.k.a.—Grifter, now work for Lucius Fox?!