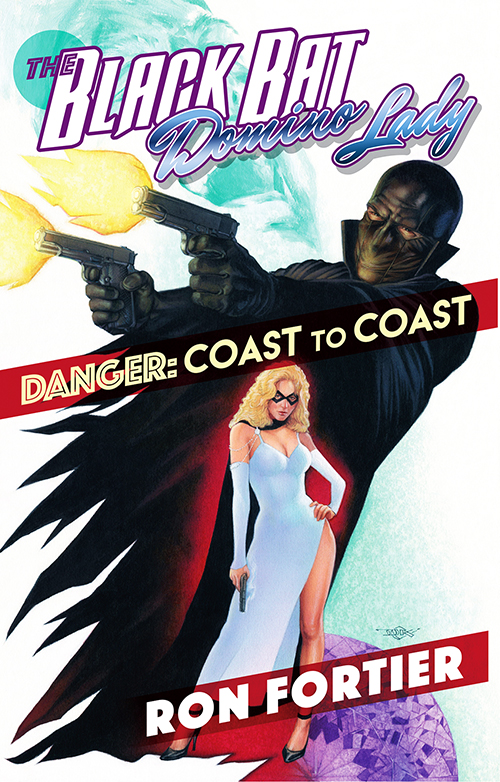 Moonstone Books has a new graphic novel coming our way in November 2020, and Major Spoilers has all the information after the jump.

Black Bat & Domino Lady: DANGER – COAST TO COAST GN
Writer: Ron Fortier
Artist: Silvestre Szilagyi, & more
Cover: Doug Klauba
160pgs, 7” x 10” squarebound, $15.99
ISBN: 978-1-944017-20-01599
Over 100pgs of NEW comic stories, plus collecting the 3 issues of Guns of the Black Bat.
In part one, the Black Bat must stop a horrendous alien caused plague from destroy the city he loves. To help him in this fierce battle, he enlists a company of amazing heroes. For the first time ever, in one adventure: Phantom Detective, I.V. Frost, Domino Lady, Airboy, the Golden Amazon, Nighthawk, Jim Anthony Super-Detective, and Ki-Gor the Jungle Lord.
In part two, the Black Bat, with the help of Dan Fowler G-Man, takes down a powerful New York Crime Boss while at the same time, out in Hollywood, Domino Lady is after a jewel thief and a corrupt politician with the help of I.V. Frost.