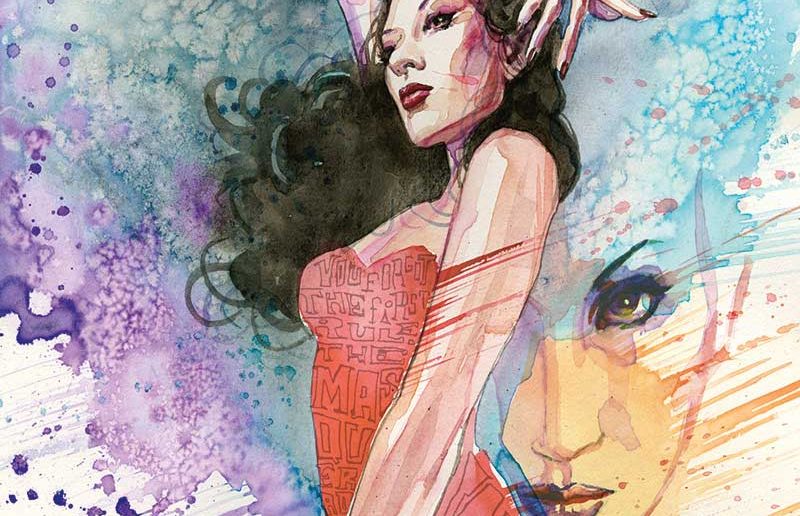 Vault Comics has released a first look at two new variant covers for Vampire: The Masquerade #1 by David Mack.

The gorgeous, painted piece by Mack will come in two different printed variants. The first, in a lush purple and blue, will be a standard, open order variant. The blood red version will be a special, deluxe variant, printed on thick card stock, with silver foiling and spot-gloss highlights, and will retail for $9.99. 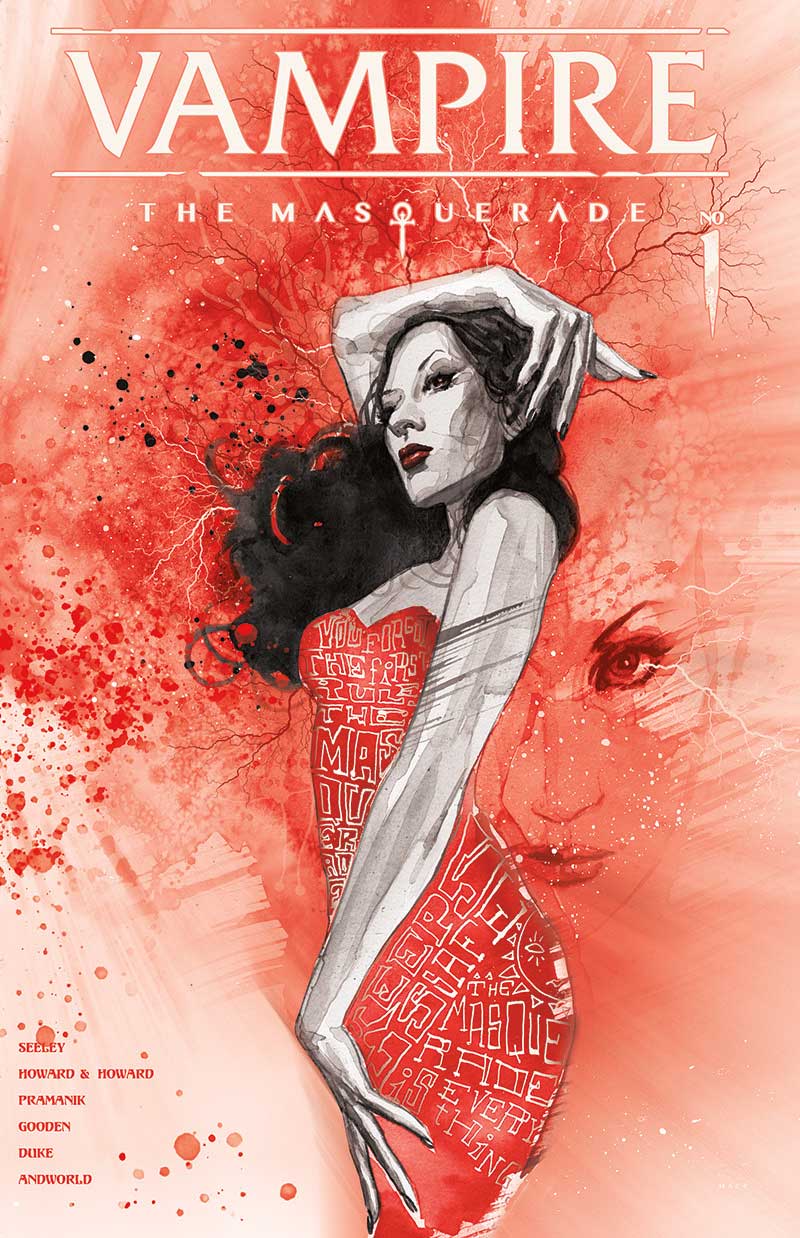 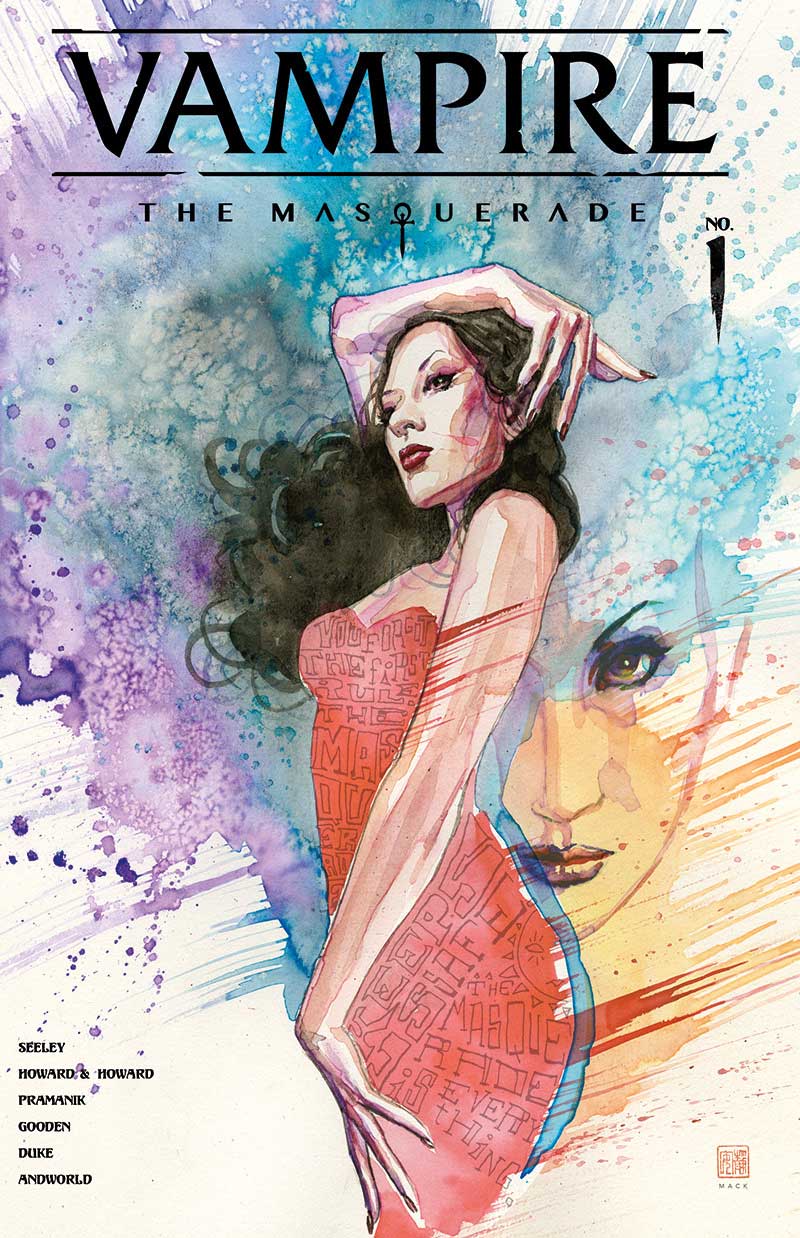 When Cecily Brine, a courier for the Twin Cities Camarilla, takes a mysterious younger vampire under her wing, she’s dragged into an insidious conspiracy. Will she be able to escape with her unlife and protect her aging, Alzheimer’s afflicted sister, or will she be yet another pawn sacrificed to the Masquerade?
Meanwhile, an Anarch coterie investigates a mysterious killing.