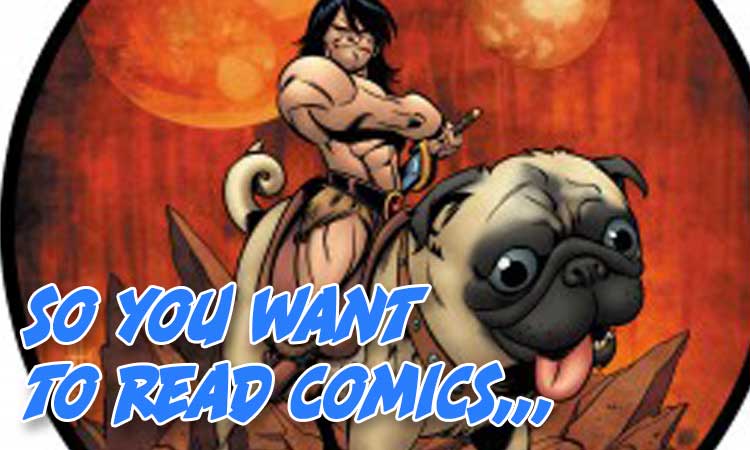 So You Want To Read Comics – Pet Owners Edition

It’s a great day for some more comic book recommendations, thankfully you’re in the right place.  Welcome to our feature So You Want To Read Comics, where we examine various hobbies and interests and then suggest comics based on those.

This week, it’s all about pets.  Those furry, feathery, scaly, members of our families that bring us such joy as well as heartbreak when it’s time for them to go.  Regardless of your chosen species, there’s no denying that once they become a pet, the relationship between animal and human becomes something special and unique.  There’s no shortage of movies and television shows that explore these relationships, but once you’re tired of watching these why not give the plethora of comics about pets a shot?

In fact, here’s two just to get you started.

Strayed is the story of Lou, a cat who can astral project himself across galaxies and his owner Kiara.  Now, surrounding this partnership is a space opera with galactic war, strange alien lifeforms, evil empires, and the nature of humanity.  Some of that other stuff may not be everyone’s cup of tea, but at the heart and soul of this comic series is the love between a cat and his owner. And for everyone who’s ever owned a cat, you’ll know that that relationship isn’t always sunshine and rainbows. What ultimately makes Strayed a good series to check out if you’re new to comics and love pets is that this is a complete story in itself. It has a definitive end and you can probably knock this out in a single sitting which is probably the best way to read this particular tale. As an added bonus the art here is reminiscent of 90’s Cartoon Network style cartoons, specifically shows by Gendy Tarkovsky (Samurai Jack, Dexter’s Laboratory).

Battlepug was a long running webcomic that has recently become an ongoing monthly traditional comic. But for this let’s focus on the webcomic stuff.  Battlepug is a 2nd-person narrative about a barbarian warrior who travels the land upon his trusty battlepug, which is exactly what you might think it is.  This story is actually being told by a narrator to her two pet pugs. It’s a solid action adventure story in the same style as a Conan The Barbarian tale, except wrapped up in the adorable, and wheezy reality of pug-ownership. There are moments when things get a little gratuitous, but for the most part it’s just a fun enjoyable comic. Also, being that the entirety of the webcomic has been collected in a single volume makes it very manageable and if you go the physical route you’ll have a nice big book for your shelf that’ll definitely draw attention.

Did these recommendations get your tails wagging?  Do you have some suggestions yourself?  Let us know in the comments section below.