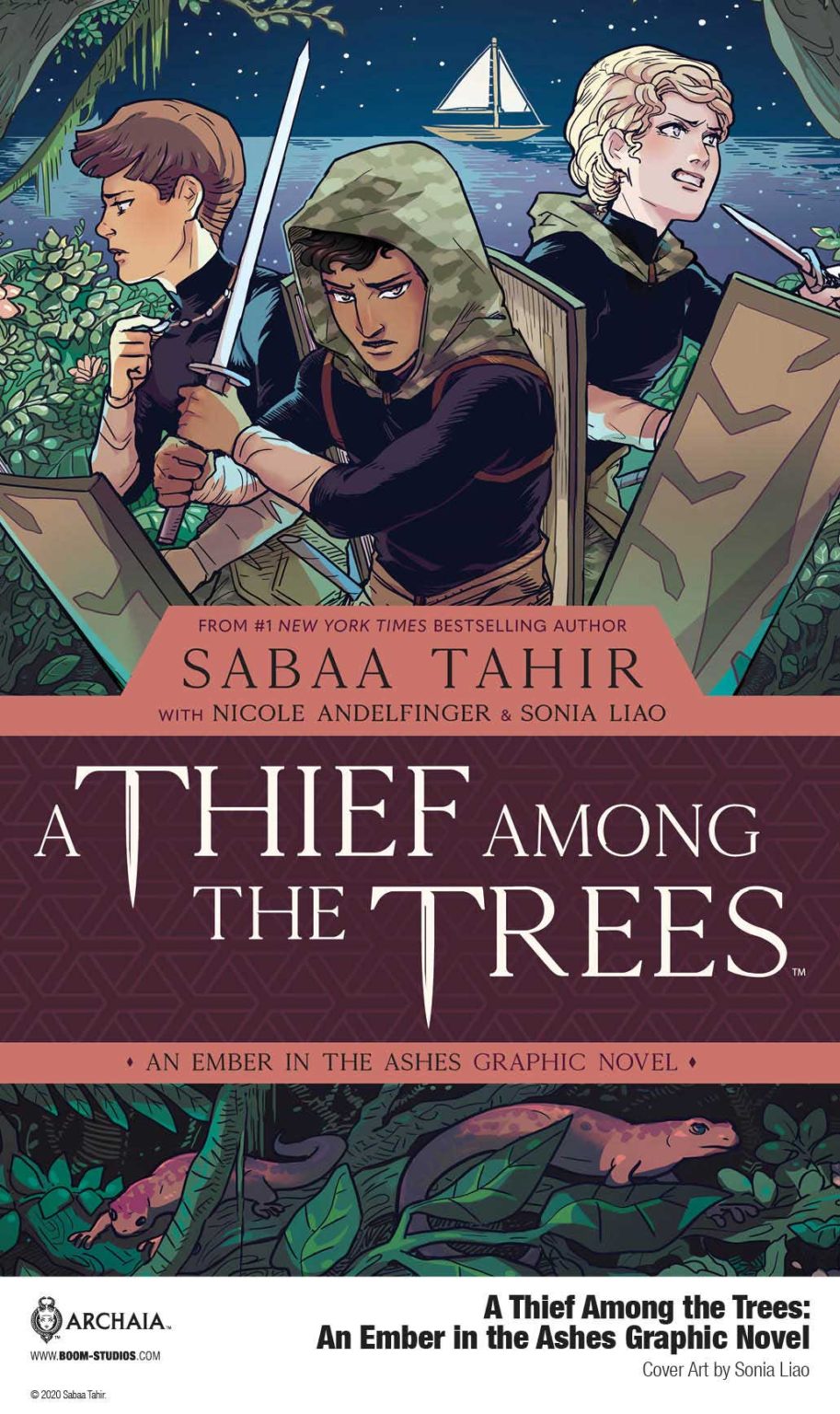 [First Look] A Thief Among The Trees

BOOM! Studios sent Major Spoilers an early look at A Thief Among the Trees: An Ember in the Ashes Graphic Novel from Sabaa Tahir, Nicole Andelfinger, and Sonia Liao.

Elias, Helene, and Tavi are Fivers — in training to become elite military recruits for the Martial Empire at Blackcliff Academy. When they’re sent on a dangerous mission to steal a heavily-guarded poison on Isle South, they soon find themselves up against surprising enemies — including other recruits! As the true horror of their assignment is revealed, these three will begin to confront the harrowing realities of Martial rule, their place in the system . . . and the choices they must make to survive.