DC Comics has released a new digital first series, featuring everyone’s favorite – Harley Quinn. Harley Quinn: Black and White and Red, launched on Friday, and will continue for the next 14 weeks.

Each chapter of Harley Quinn: Black + White + Red will be told in traditional black and white with the color red utilized in unique ways throughout each of the individual stories. The debut chapter of the Digital First series is “Harleen: Red” by writer/artist Stjepan Šejić with lettering by Gabriela Downie. Set in the world of Šejić’s New York Times bestselling graphic novel Harleen, this story hints at a “red” that will have meaning only to Harley Quinn!

DC Comics has a huge line up of talent working on this project including Harley Quinn co-creator Paul Dini; the team of Amanda Conner, Jimmy Palmiotti, and Chad Hardin; Saladin Ahmed and Javier Rodriguez; Tim Seeley and Juan Ferreyra; Erica Henderson, Daniel Kibblesmith, and more. The series is also the debut for many artists including Mirka Andolfo (DC Comics: Bombshells), Dani (The Low, Low Woods), Joe Quinones (Dial H for Hero), and Riley Rossmo (Martian Manhunter) are all developing chapters written in their own voice, paired with art in their distinct styles. 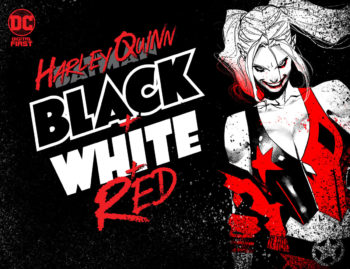 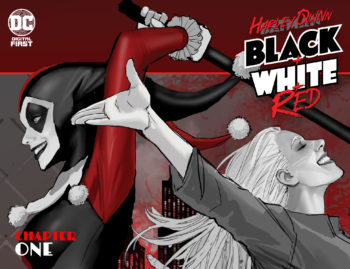 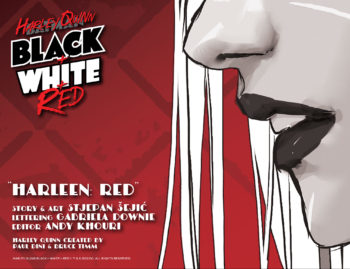 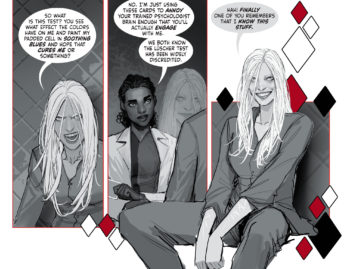 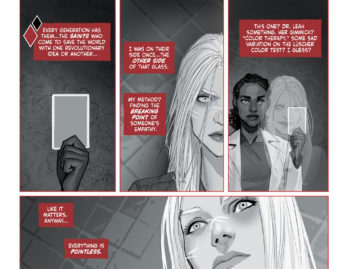 You can purchase the first chapter via our comiXology affiliate link.