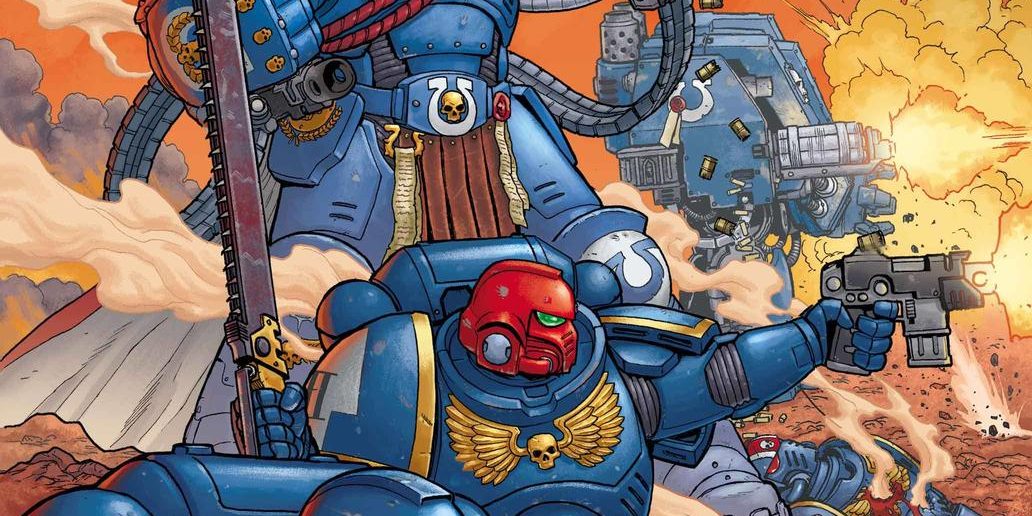 Warhammer 40000 comes to Marvel in October

Marvel Comics is teaming with Games Workshop to bring the adventures of Space Marine Chapter Master Marneus Calgar and his elite Ultramarines to the comic books shops in Marneus Calgar #1. The series is written by Kieron Gillen, with art by Jacen Burrows, and promises to tell a never before told origin story of Marneus Calgar “from his beginnings on the world of Nova Thulium, his campaigns in the Black Crusades, and to the unfolding mystery of the Black Altar as a deadly threat from his past reemerges to threaten the present of the Ultramar system.”

“I am venerable enough to have bought Rogue Trader in 1987,” said series writer Kieron Gillen in a press release from Marvel Comics. “Since then, I like to think every hastily dry-brushed Necron, every badly edge-highlighted Marine, every ignored Harlequin (as painting Motley petrified me) has prepared me for writing the first Warhammer comics for Marvel. If I said, ‘Getting to explore the roots of Marneus Calgar and setting the stage for Marvel’s Warhammer comics is a dream come true,’ I would be betraying everything this grim future should be since ‘dream’ implies the possibility of hope. But getting to do this is the sort of thing Slaanesh would wave in my direction if she wanted me coming over to the tentacle-y side.”

“Or to translate for those less indoctrinated in 40K,” he concludes, “I’m excited.”

The series will be available in print and digital editions in October 2020.