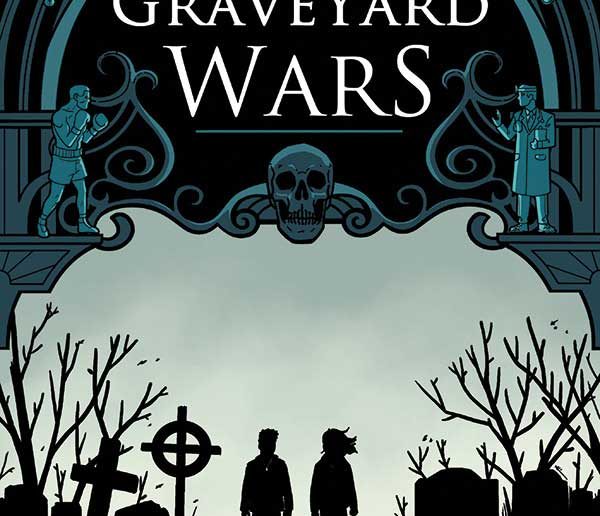 ABLAZE announced today that they will be publishing “Graveyard Wars” as a series of original graphic novels, with the first graphic novel set for publication this September.  Graveyard Wars is written and created by AJ Lieberman, illustrated and colored by Andrew Sebastian Kwan, and lettered (w/ color design) by Darren Rawlings.

In the world of Graveyard Wars, there are people among us, all of whom have had a near death experience, who now have an ability called a Soul-Skill which allows them to access the skill-sets of the dead; fighter, surgeon, sniper.  Anything.

This ability connects them in this realm to the soul, and its skill, in the next.  Pilot.  Hacker.  Assassin.  Anything.  While not everyone who touches death is able to retain this ability those who do have formed two warring guilds: Caretakers and Dark Hearts.

The Caretaker’s mission?  To use the power of the dead to protect the living.  Welcome to Graveyard Wars…

Writer AJ Leiberman: “Graveyard Wars is my first new book in a few years and my only goal was to be sure from a story and art standpoint it surpassed the others.  And I think we did it.  It’s a fun, action story that doesn’t fully reveal itself until the very last page.   My only other hope?  That it would attract the attention of a director / producer like Chad Stahelski so I can hear all the batshit stuff that goes on during the Wick movies.”

Chad Stahelski & 87Eleven Entertainment (John Wick franchise) are attached as executive producers to Graveyard Wars.  Chad is a stuntman and film director best known for directing the 2014 film “John Wick” along with David Leitch, as well as solo directing its two sequels (and will also be involved with the 4th movie in the franchise).

“The mythology, the world building, and the characters make Graveyard Wars the perfect project to bring to life. The audience needs to experience the potential of this project!  And bringing it to the screen would be one of the greatest opportunities of my career…” said Chad Stahleski, Director & Co-Founder of 87Eleven Ent. 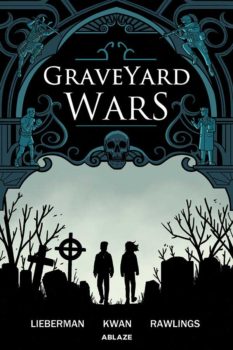 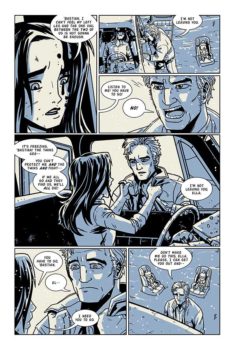 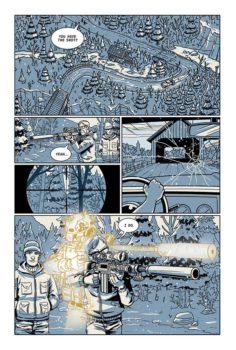 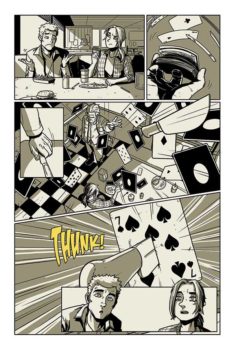 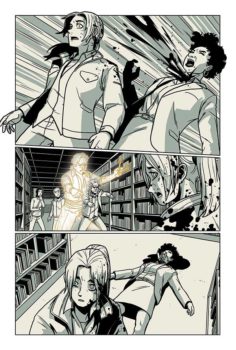 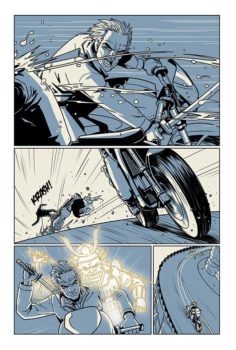 Graveyard Wars Vol 1 is an original 232-page graphic novel that will be solicited in the July 2020 issue of Diamond Previews for Sept 2020 shipping items.  It will also be available in the book market channel via Diamond Book Distributors, and digitally via Comixology.  It is rated Teen+ and ABLAZE will be offering Hardcover and Softcover editions of the books simultaneously, so that retailers and readers may chose the format they like best.

ABLAZE VP Creative/Business Development Rich Young: “Graveyard Wars is unique not only in its premise, but also its execution. The art and color design on this book really stand out. AJ and his creative team have come up with something really cool here that I think people are going to dig!”

For updates, previews, and details on upcoming titles from ABLAZE, visit http://ablazepublishing.com/ and look for Graveyard Wars this Sept!

Get in touch with ABLAZE: info@ablazepublishing.com