The world tree Yggdrasil has collapsed and the world is recovering from Ragnorak. Will Oona be able to save the world from Loki whom she freed? Find out in THE AFTER REALM #2  by Image Comics! 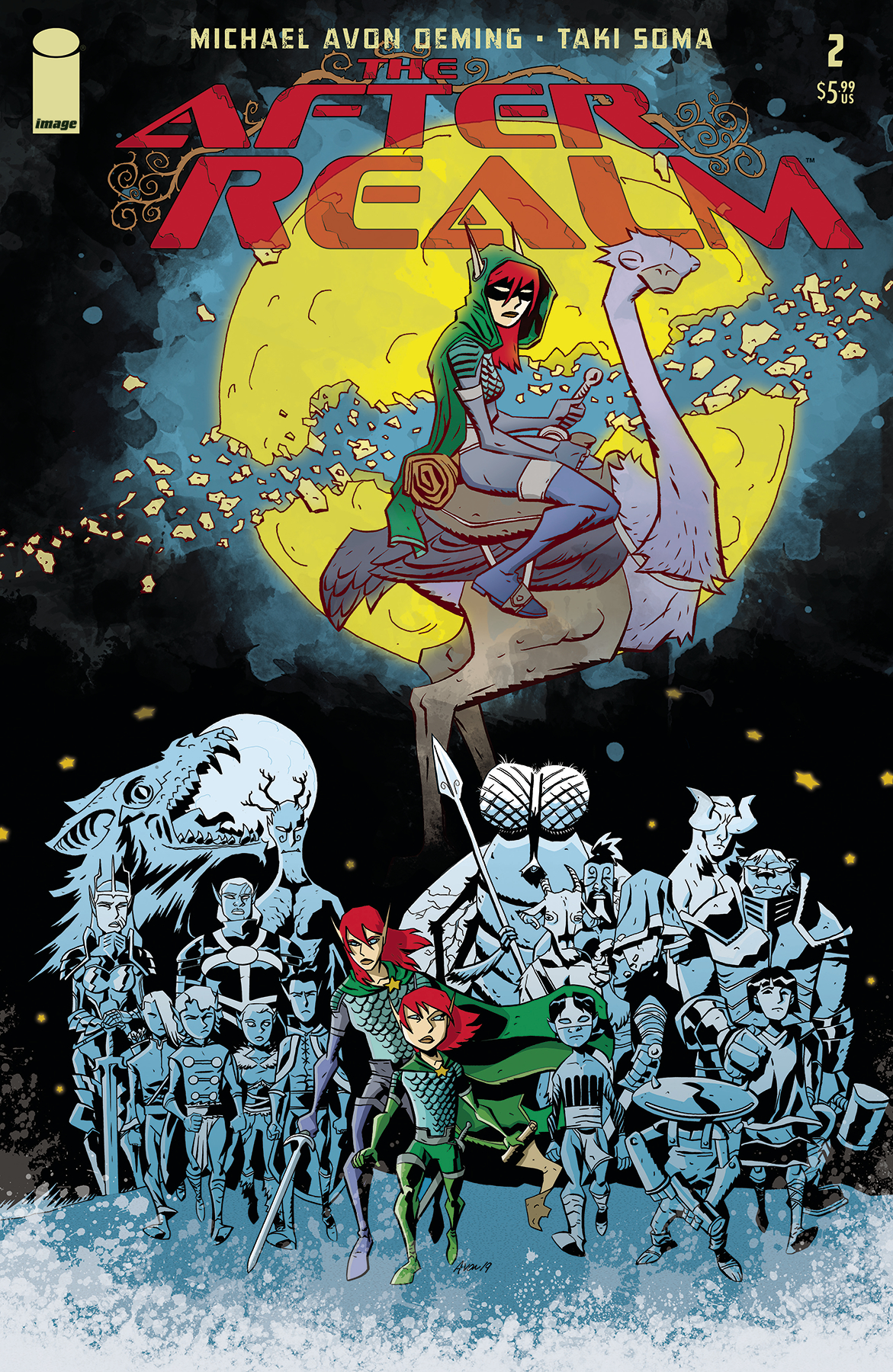 Previously in The After Realm: Oona has never fitted in with the other Elven Rangers and her devious mind often gets her in trouble. In this particular case, she has accidentally released Loki who was bound and trapped. Now she must act and save her people from certain destruction; all while looking for her old friend whom she promised she would find..

Oona has freed Loki and is unsure what she is going to do next. Suddenly,  her childhood friend Pikki shows up to help her cast a spell to strengthen the barrier between worlds. However, she was tricked! This isn’t Pikki at all but Loki in disguise who was able to replicate Pikki from Oona’s memories. Oona led Loki right to the Well of Mimir and now they must stop him from accessing its power. She is able to trick Loki by thinking that a crystal was the power of the well and since Loki can access her memories she commits the thought as truth.

Oona runs away from Loki and meets her guardian, a fairie goat named Pooka. They are able to escape Loki’s grasp and lead him to Grimhildr. Grimhildr was the original binder of Loki and Loki is scared of her. He ultimately decides to break down the barrier between realms and destroy himself rather than face imprisonment.

We later learn that Oona is part troll which is why Loki could access her memories. Now she is on the path to search for Pikki and hope that she can complete her promise to find him.

The story makes a pretty big parallel of Loki and Oona. Loki’s hate and fear of his heritage caused him to start Ragnorak. If his love for Sigyn was stronger, perhaps things would have ended differently. Oona has that same issue, she has a mixed heritage with two different cultures and ideals. She also has a love interest. While her relationship to Pikki is plutonic, I can see Oona following in Loki’s footsteps.

I spent a fair amount of time trying to think about what the theme of this book is. It is a coming of age story that talks about two different cultures and trying to find one’s own identity through it. I think that is quite a critical thought. Your father and your mother have two different philosophies that conflict and you have to figure out how to manage during conflicting ideologies. Seems pretty prevalent in our trying times even if the story was written before the current status of the world. Many people who have immigrated to a foreign place also have to deal with a world that is different then the one they were born with. I am interested to see how Oona handles this confliction and how it further develops the character.

There are really good story ideas here that I think pay off in future issues. I’m not 100% on board with the art of the story. It is good but ultimately not my cup of tea. This issue has a huge accomplishment for Oona with the defeat of Loki but I think the best of the story is yet to come. 3.5 of of 5 stars for The After Realm #2.

The world tree Yggdrasil has collapsed and the world is recovering from Ragnorak. Will Oona be able to save the world from Loki whom she freed? Find out in THE AFTER REALM #2  by Image Comics!Oona is a strong character with a conflicting heritage. I am exciting to see how she overcomes these challenges.
Image Comics Michael Avon Oeming shawn lee Taki Soma The After Realm
Share. Twitter Facebook Pinterest LinkedIn Tumblr Email
Previous ArticleWayne’s Comics Podcast #439: Interview with Ryan Cummins and Jason Webb
Next Article Hardcore: Reloaded #5 Review