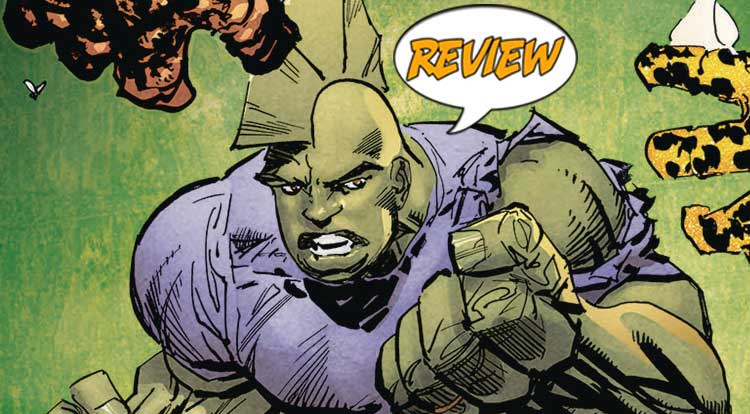 It’s all about to hit the fan, and Malcolm Dragon isn’t ready for the coming days…  Your Major Spoilers review of Savage Dragon #249 from Image Comics awaits! Previously in The Savage Dragon:  Unbeknownst to Malcolm Dragon, his greatest foes have gathered in an effort to eliminate him once and for all and take over the city of Toronto!

THAT’S NOT WHAT HAPPENS, THOUGH

This issue begins with a flashback to Malcolm Dragon’s days trapped in Dimension X, running with four kids who didn’t share his super-powers. Cut to the present, where all four have arrived in Toronto, fully powered and costumed, to help him face members of the Vicious Circle who fled Chicago. It’s a nice reminder that this book takes place (mostly) in real-time, with Malcolm remarking that it’s nice that they can finally fight worth a $#!+, while his friend-with-benefits Battle Girl needles them about social distancing during a pandemic. While that battle rages, Dart murders people, a group of freaks murders people, Malcolm’s wife Maxine tries to deal with her mother’s sex tape and Malcolm’s friends (two of whom are dimensional counterparts of the same woman) try to convince him to let them in on the sex orgy action.

So, y’know, just a normal day for the Savage Dragon.

SOME CREEPY STUFF IN HERE

The letter column for this issue begins with Larsen admitting that the cover dress doesn’t actually match what happens in the issue itself, with the explanation that “that $#!+ happens from time to time.” It’s a good analogy for the issue and Savage Dragon as a whole, as it’s being created by one man, representing the places his sole creative urges want to go. When we see Web-Slinger and Wall-Crawler fondling each other and remarking how, since they’re dimensional counterparts, they know what turns each other on, it feels a bit gratuitous, but it doesn’t feel out-of-character or out-of-place. Your reaction to that will tell you your reaction to modern Savage Dragon as a whole. If it sounds skeevy, this isn’t for you. Once you get past the “I’m an adult comic, so I’m gonna by god give you adult content”, Larsen delivers bold, clear art and a story that feels like classic Silver Age shared universe comics, with plotlines threading in and out of focus and a build-up to issue #250 that may imply another big change of status quo.

BOTTOM LINE: IN NO WAY REALISTIC, BUT STILL ENTERTAINING

If you can get past the fact that Savage Dragon #249 has someone combined the effortless melodrama of 70s Spider-Man and married it to the no-consequences, everyone-is-down-for-whatever ethos of pornographic fan fiction, you will find an enjoyable, if inconsequential issue here, one that earns 3 out of 5 stars overall. It has to be made clear, though, that you will be seeing graphic sex, adult themes, some pretty disturbing discussions and a main character sleeping with the daughter of his father’s wife, forcing the characters to repeatedly explain that they’re not BIOLOGICALLY related, and that will be a deal-breaker for some readers.