Flash Friday is here, and we have a sneak peek of Flash: Fastest Man Alive #9 that is available right now.

Flash: Fastest Man Alive #9
“Just a Reflection” by Michael Moreci, Sam Lotfi, John Rauch and Rob Leigh
The Flash is going to be late for a date with Iris if he can’t beat Mirror Master quickly. Can the Flash stop Mirror Master after he gives Flash’s darkest fears physical for?
“Ghosts of the Speed Force” by Jay Baruchel, Riley Rossmo, Ivan Plascencia and Rob Leigh
Barry’s been having nightmares lately where a voice from Speed Force calls out to him. After a speedster dies, they become one with the Speed Force, but is it possible for them to come back out? 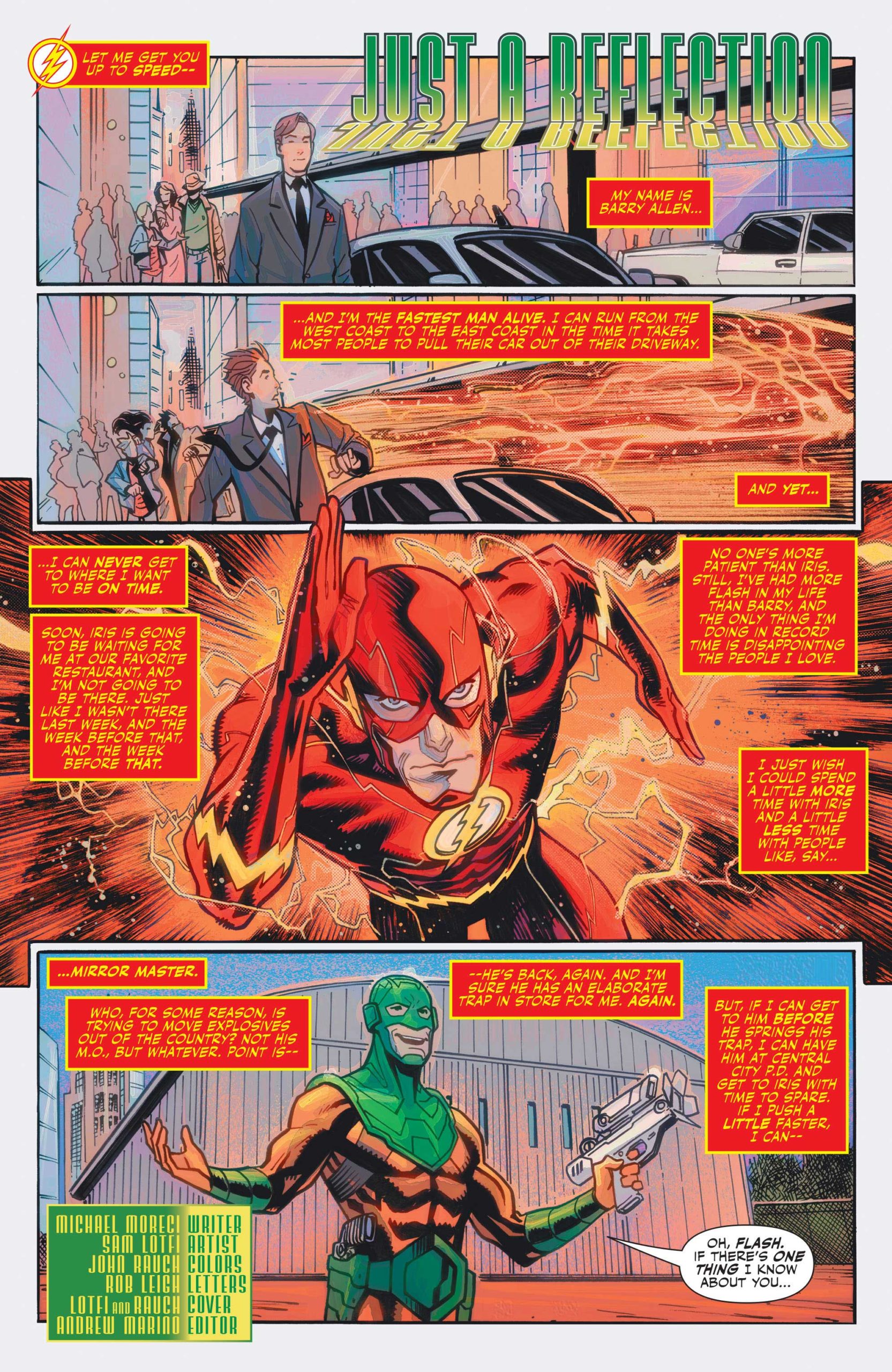 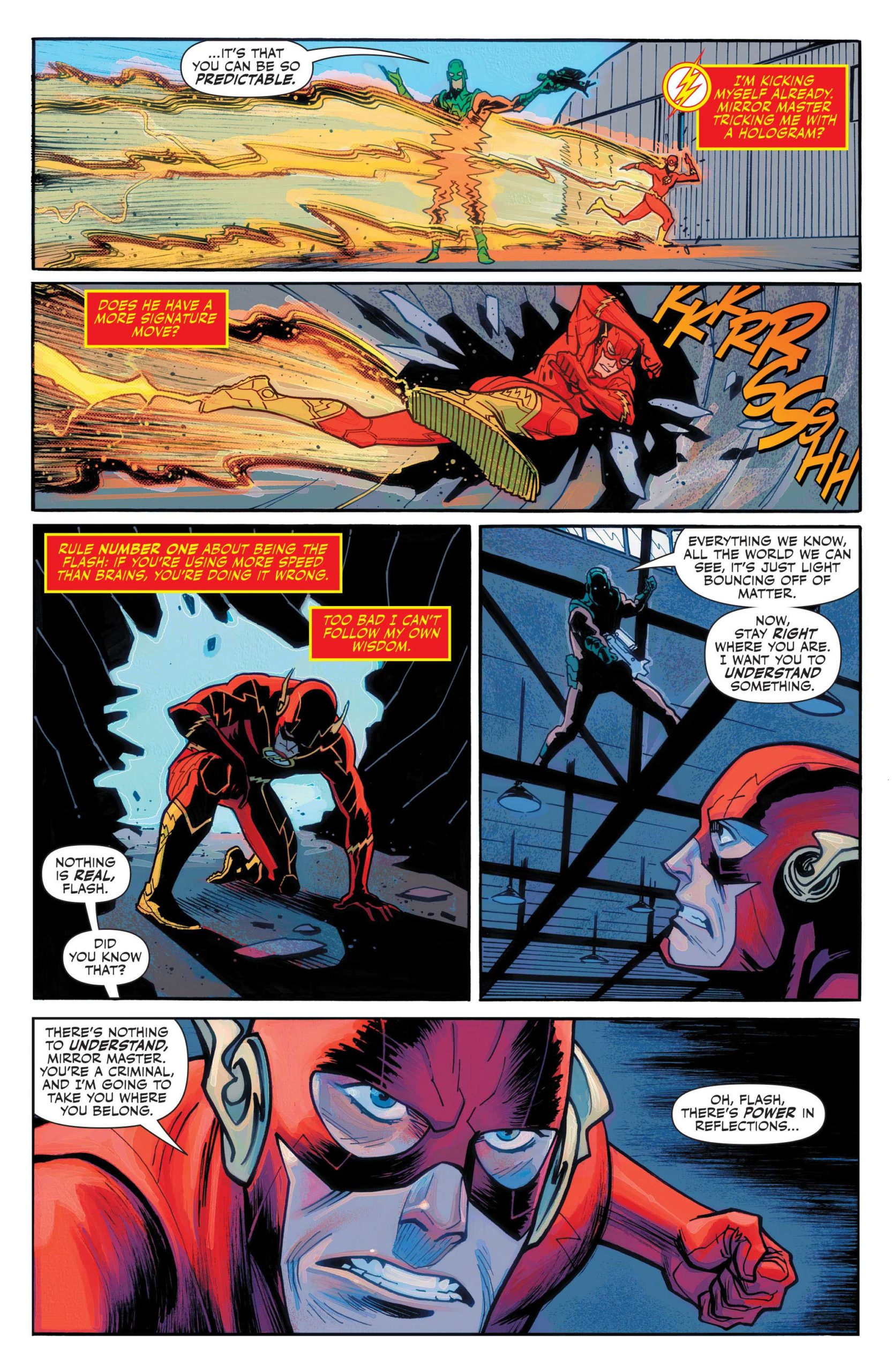 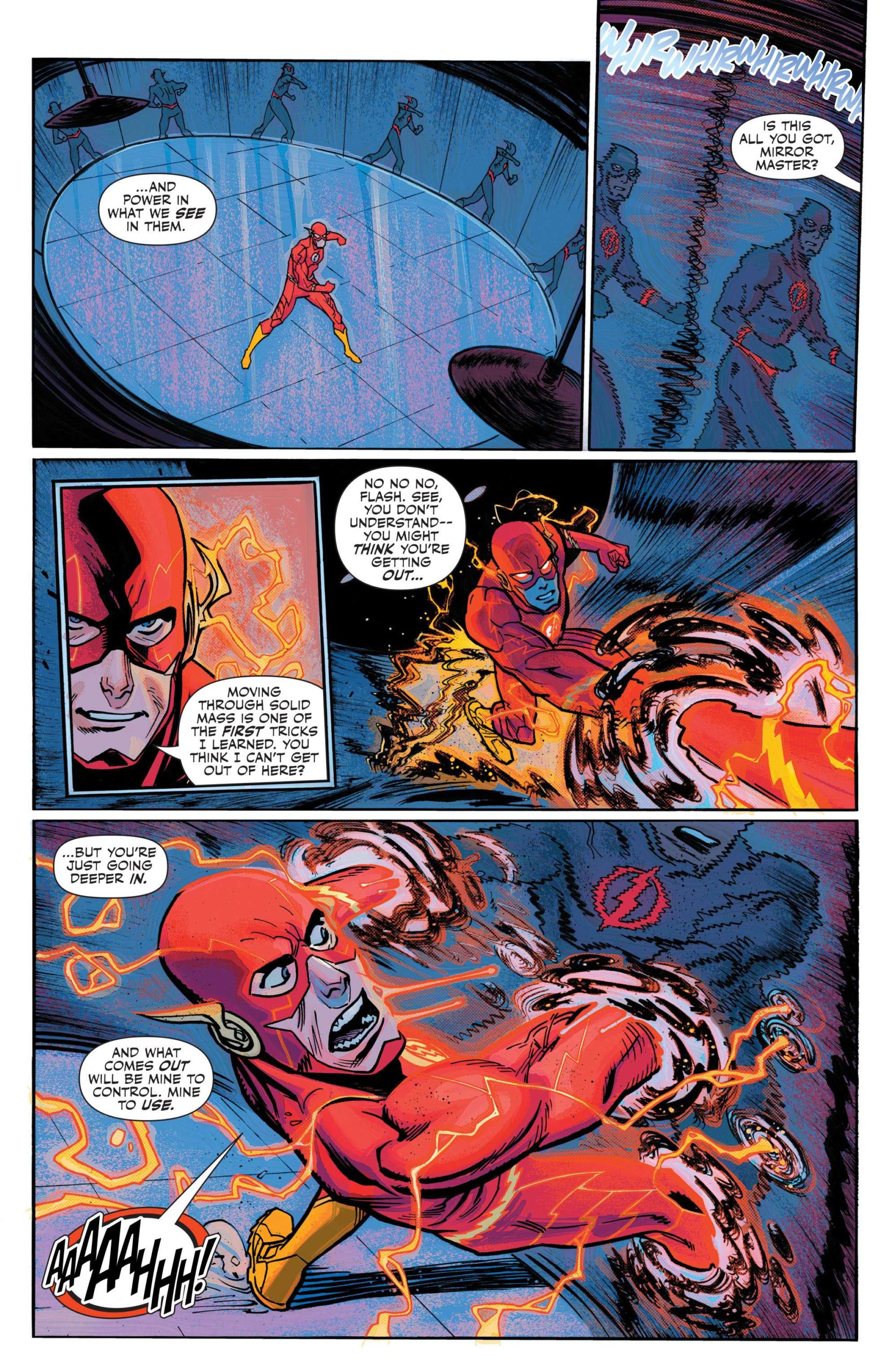 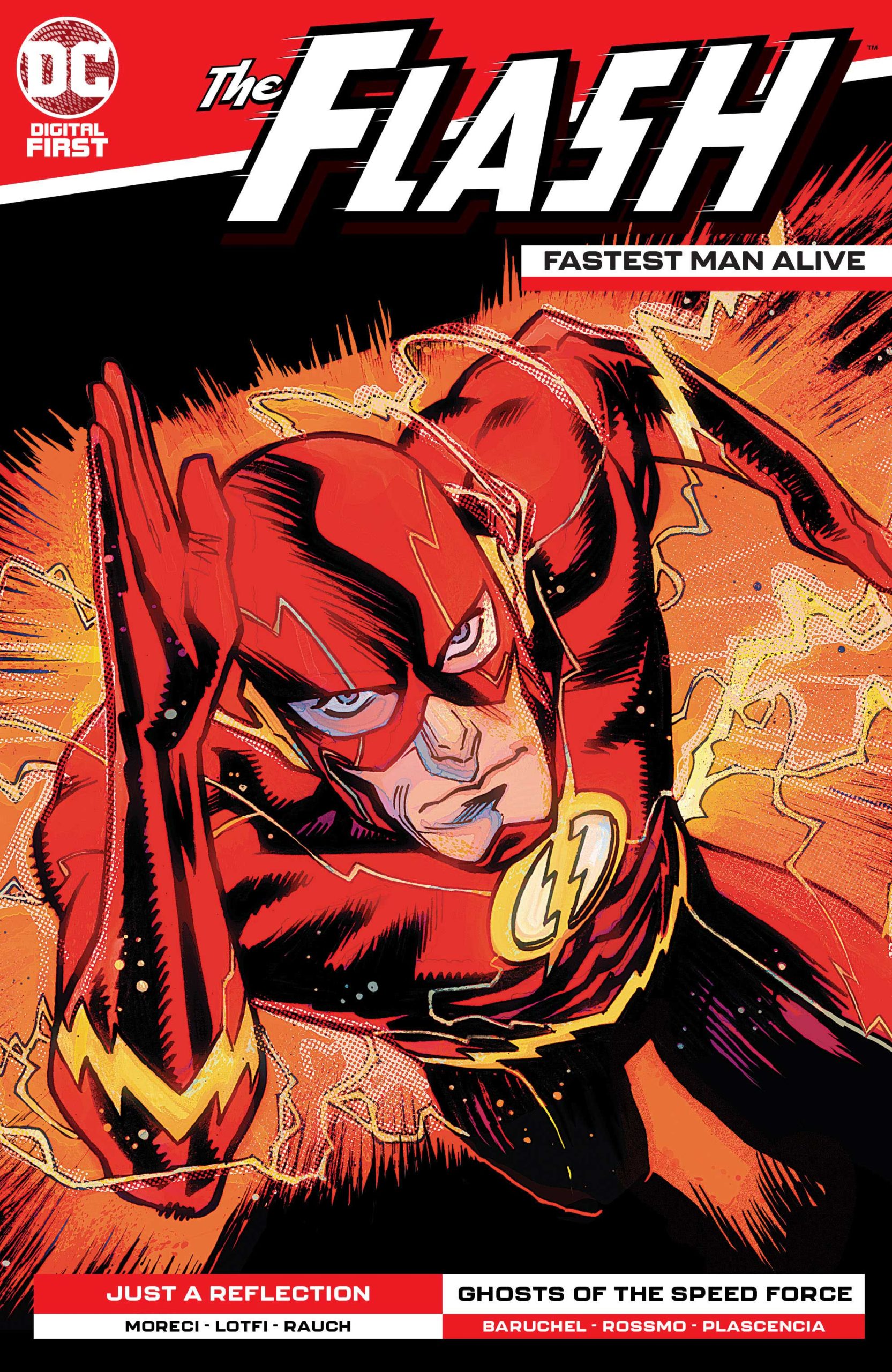