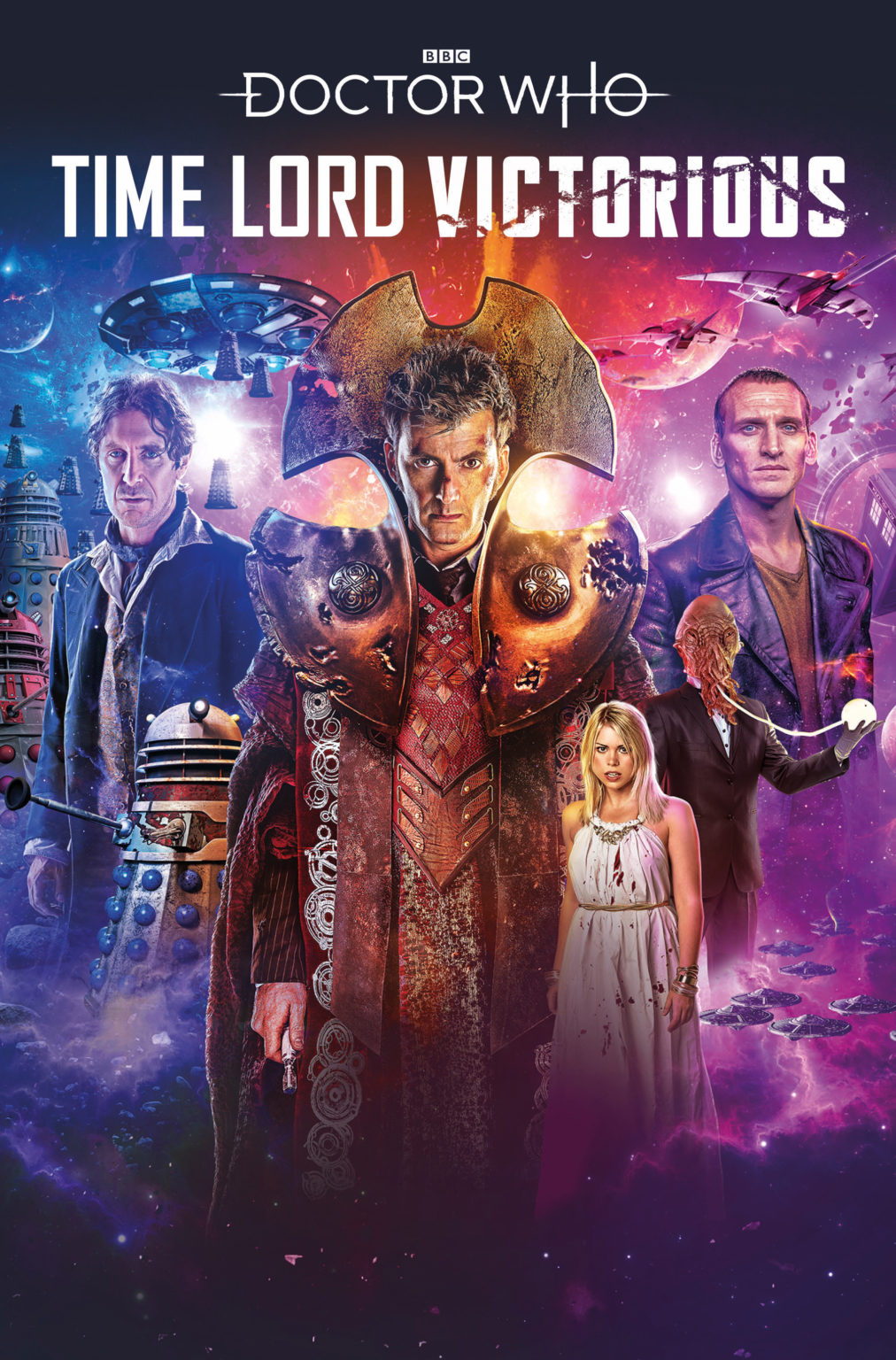 Available to pre-order now, Doctor Who: Time Lord Victorious #1 is a ground breaking new comic adventure for the Tenth Doctor that sees the return of the Doctor’s most iconic enemy, the Daleks.

Available in comic stores and on digital devices at release, Titan’s Doctor Who: Time Lord Victorious #1 comic is part one of a special two-part Tenth Doctor adventure that sees the Doctor’s deadliest enemy, the Daleks, make their Titan Comics debut.

When the Doctor faces his ancient foes once again, it soon becomes clear that things aren’t what they seem – time is all wrong and something is coming that terrifies even the Daleks.

Jake Devine, Editor, Titan’s Doctor Who Comics, says: “Titan’s comic story is quite unique, as it features the Tenth Doctor as seen in the recent Thirteenth Doctor comic series, so he’s not reached his so-called victory over time yet. But what has been fun to explore is the Doctor getting a glimpse of what’s to come and foreshadowing his own dark turn.”

Time Lord Victorious is BBC Studios’ brand new multi-platform Doctor Who story told across audio, novels, comics, vinyl, digital, immersive theatre, escape rooms, and games. The adventure will tell a new and untold story, set within the Dark Times at the start of the universe, when even the Eternals were young. Following several Doctors across space and time as they defend their home planet from a terrible race, this is a story like no other.