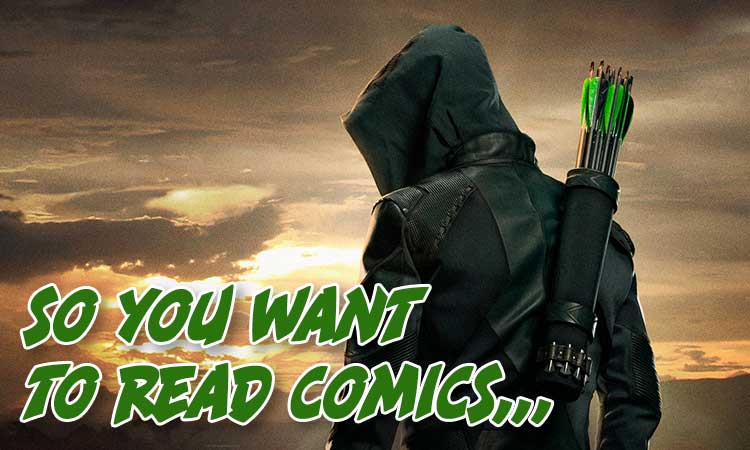 So You Want To Read Comics: The Arrowverse Edition

Hey all you new (and old) comic book readers.  It’s that time of the week where we offer up some recommendations based on things that you might like that aren’t comics, in a feature we like to call “So You Want To Read Comics”. This week we’re looking at some books you might be interested in if you happen to enjoy CW’s “Arrowverse”.

While most people point to the MCU, or DCEU as prime examples of the “shared universe”, CW has been slowly developing one of their own.  With 6 different primetime shows (with more coming) and multiple web series’, The Arrowverse has become pretty impressive in its own right and with a focus on not only action, but the type of personal drama the CW is known for, The Arrowverse has garnered a large following. But where should this fandom go if they want to check out the comics these beloved characters came from? Well, here’s some ideas:

The first show that CW put into production was Arrow, and it went on to be a hit. So, In many ways, this is the comic that kicked off the whole Arrowverse. See, this comic tells the story of how Oliver Queen went on to become Green Arrow, a story that heavily influenced the sequences from the show Arrow where Oliver was stranded on the island. While this comic will feel very familiar, there are some interesting differences between how the story goes down in the comic and how it was told in the show. Enough differences to make it feel like you’re not consuming the same thing twice. Also, fans of the show will feel at home with this version of Oliver Queen, because unlike how he’s normally depicted in the comics, this Oliver isn’t so sarcastic and quippy.

When Supergirl came on the scene, she was a breath of fresh air to The Arrowverse. Offering not only a different tone than the shows that came before it, but a different perspective as well.  The same can be said about this run of comics.  Having been reintroduced in 2005, this version of the character often acted as a response to the rest of the DC lineup.  While many of the company’s titles at the time were very into big, over-the-top, cosmic consequences, Supergirl was relatively grounded.  Many of the stories in this run are personal and deal with things like family dynamics, identity, and finding a place in the world.  On top of this, the first couple of story arcs involve Supergirl being introduced the the rest of the DC Universe, which could be helpful to new reads, it also goes on to include a well-regarded run by Sterling Gates, who would go on to write a few of the comic book adaptations of the Arrowverse shows. (Quick sidenote: I purposely linked to the omnibus collections of this run.  Omnibuses are usually bigger collections than normal collections and they sometimes include content from other titles that tie into this one).

So, did these pique your interest? Have you given them a read? Do you agree with these recommendations? Do you have suggestions of your own? Can I include any more questions in this outro? Feel free to drop down into the comment section and give your thoughts.