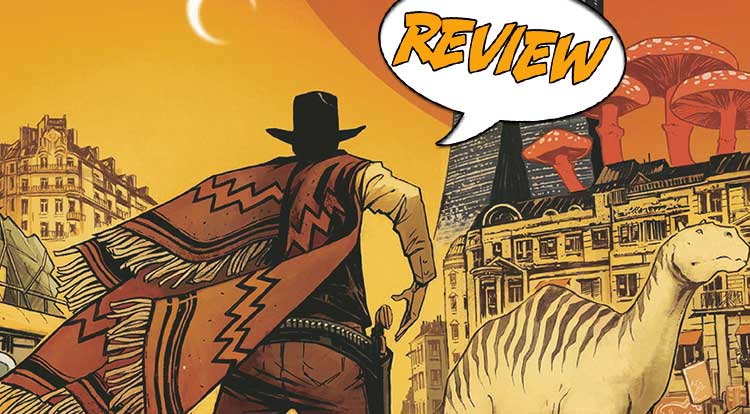 Mysterious forces in the universe are being set in motion.  Yet for Mrs. Morley and Neha, they have their own plans to attend to. Your Major Spoilers review of Decorum #2 from Image Comics, awaits!

Previously in Decorum: After a delivery went a direction she wasn’t expecting, Neha has found herself associated with the most well-mannered assassin in the universe, Mrs. Morley. Elsewhere, a mysterious crystal has drawn the attention of The Church of The Singularity.

Decorum #2 opens up with a group of sisters debating on what to do with a giant egg they’re standing in front of. They decide that, this time, they’re going to kick things off early and they insert a crystal into it.  Across the galaxy a robot is alerted to this action and informs his superior Ro Chi, who immediately beheads him and takes his head.  Ro Chi then contacts God and informs him that he believes he can find the egg and god tasks him to find it.  On a different planet, Mrs. Morley arrives at The Morley House and sits with Mr. Morley.  He tells her about his dreams over tea and then asks what Mrs. Morley has been doing.  Elsewhere, and in apparently a different time, Mrs. Morley is with Neha.  She offers the young woman a proposition, to go to a school to learn what Mrs. Morley does.  After some back and forth, Neha agrees.  Back with the sisters, they are struggling to contain what’s inside the egg.

Going into Decorum #2, I wasn’t expecting a lot of answers, or really any clarity, considering Hickman’s tendency to be a bit abstract right up until he isn’t.  So I was surprised to have the framework of a plot revealed here.  Now, that’s not to say there isn’t plenty of abstraction, surrealism, and anachronism here to keep things not so straightforward. Also, the amount of extra stuff like infographics and flowcharts that were pretty prominent in the first issue has come down and it feels more necessary to what’s happening in the issue.

Believe it or not, there is a way to make comic books confusing and enjoyable because of it.  The trick is to offer an easily understandable path for the characters, but then obscure the details and periphery.  That’s what’s going on here in Decorum #2. There’s plenty of questions that still need answers, and there’s a lot of little things about the universe that don’t make a ton of sense, but the story that is pushing the characters’ actions is solid enough to ground yourself in. 4.5 out of 5 stars