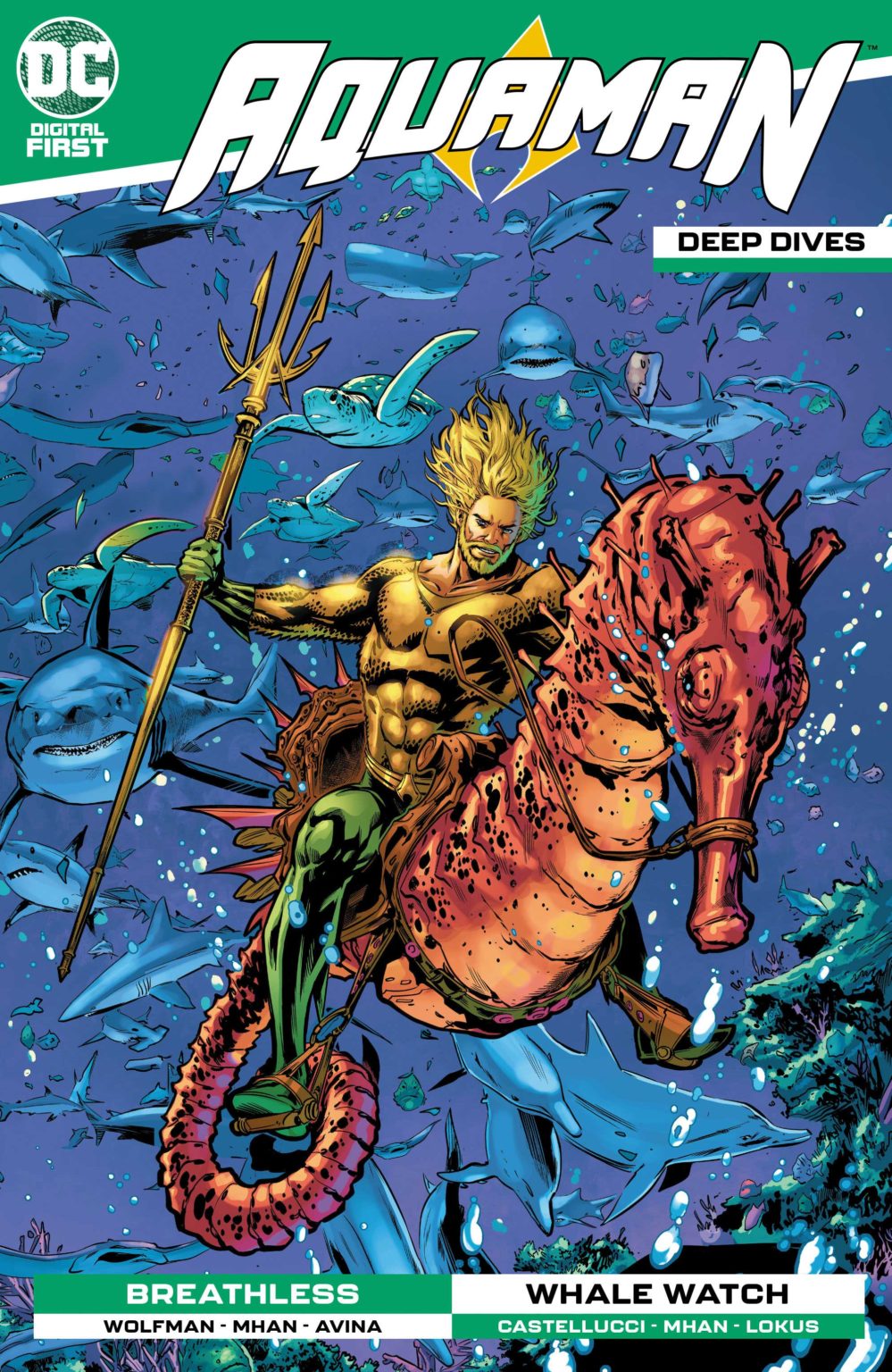 Today, Aquaman: Deep Dives #8 is available as a digital-first comics from DC Comics. Take the jump for a look at the issue.

Aquaman: Deep Dives #8
“Breathless” by Marv Wolfman, Pop Mhan, Tony Aviña and Wes Abbott
The terror group Scorpio attempts to capture and dissect Aquaman in an effort to create superhuman soldiers!
“Whale Watch” by Cecil Castellucci, Pop Mhan, Rex Lokus and Wes Abbott
While escorting a pod of whales to safety, Aquaman and Mera discuss starting a family of their own, but their conversation is cut short when naval sonar tests disorient the pod, causing the whales to attack naval ships, and forcing Aquaman, Mera, and the Navy officers to save the pod before they hurt anyone.