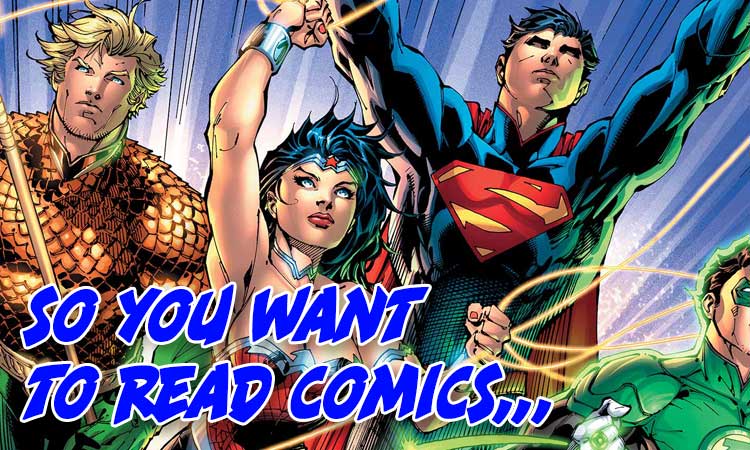 So You Want To Read Comics: DC Extended Universe

In 2013, a film called Man of Steel by Zach Snyder hit the scene and it wasn’t completely clear that this would be anything other than a standalone film.  Three years later, Snyder followed up that movie with Batman V. Superman: Dawn of Justice, and it was clear that we were dealing with a new cinematic universe with its own unique look at these characters.  The DCEU now has eight feature films in its roster with more planned.  Some of these characters have nearly 100 years worth of history, so it can be intimidating to know where and how to translate your enjoyment of the films into the comics that inspired them.

But have no fear, because we have two recommendations for you that should make that transition easier.

While some parts of the DCEU were divisive among fans and critics, Patty Jenkins’ Wonder Woman was almost universally praised and to this day has the best Rotten Tomatoes score among all the DCEU films. What made the film so good is its earnest yet complex look at the main character and one of the major themes in the movie is how Wonder Woman’s beliefs and traditions come into conflict with a new world she had been thrust into.  Enter Wonder Woman: The Hiketeia.  In this story we see Wonder Woman approached by a young woman who evokes an ancient Amazonian rite known as The Hiketeia.  This means that she enters into Wonder Woman’s service in exchange for Wonder Woman’s protection, no questions asked.  Unfortunately, this woman is also being hunted by Batman for possible crimes committed in Gotham City which puts the two heroes at odds. This story really highlights that same conflict between a modern world and ancient tradition. And Greg Rucka does a wonderful job of showing this conflict not only physically, but internally within Wonder Woman. What makes this such a good comic to introduce yourself with is that it’s a standalone and all you really need to know is that Wonder Woman is an Amazonian inspired by Ancient Grecian myth and Batman is a vigilante from Gotham City.

This might end up being a controversial choice. Brief history lesson: in 2011, DC decided to reboot their comic book universe and relaunch with 52 titles.  This decision was met with quite a bit of outrage from longtime readers, as well as criticism about the execution of a lot of the titles. But, The Justice League was one of the titles that was regarded as one of the better of the rebooted titles and more importantly to this article, there’s some similarities between the takes on these characters in DCEU and this comic book. It may not lean into the more darker aspects of the characters like we saw in Man of Steel and Batman V Superman, but things like Superman being a relative newcomer to the hero world, Cyborg struggling with his origin, and a somewhat combative relationship between the heroes are here in this comic.  Also, looking at The Justice League movie, the first volume of this comic follows a similar plotline, just swap out Steppenwolf for a character known as Darkseid.

So what do you think?  Did you check out these books and enjoy them? Did they not really do it for you?  Do you have suggestions of your own?  Let us know in the comment section below.