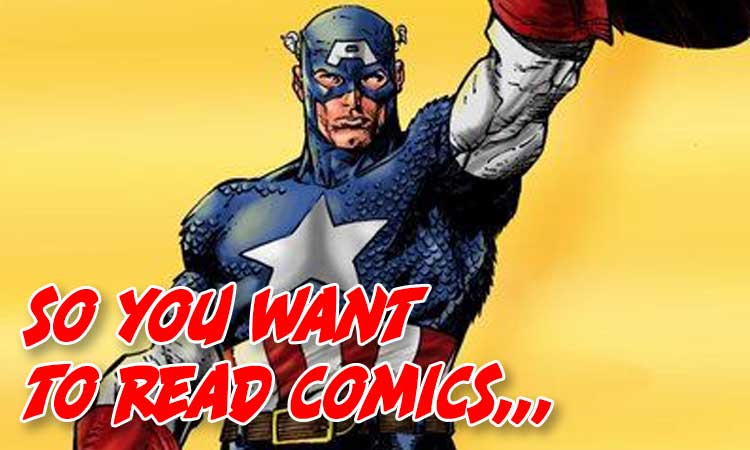 So You Want To Read Comics: MCU Edition

It’s that time for another edition of “So You Want To Read Comics” where we look at different properties, genres, and topics and suggest comics for fans of them. This week we’re taking on the big one, The Marvel Cinematic Universe, or MCU if you’re pressed for time.

There’s no denying it, The MCU has changed the landscape of cinema, if not pop culture as a whole. It’s truly a phenomenon in every sense of the word. Millions upon millions of people have gone to see the exploits of characters like Iron Man, Captain America, Thor, Doctor Strange, Black Panther, and Spider-Man and for a lot of them, these are the definitive versions of these characters. One of the strongest aspects of The MCU is it’s accessibility, an accessibility that unfortunately the comics don’t always have and considering that Marvel has over a half century of stories under its belt, it’s not exactly easy to figure out what comic to pick up after watching your favorite flick.

But don’t fret, the following recommendations both offer entry points to the world of Marvel Comics while not expecting you to have a degree in Marvel Comics history.

You can buy this issue via comiXology.

One of the things that I’ve noticed over the years is a trend of people suggesting The Civil War event as a good introduction into Marvel, simply due to it sharing a name with one of the MCU films. Truth is, the comic version of that event only slightly resembles the movie, and it’s also incredibly long and has a ton of characters in it. But, it’s not without merit and is enjoyable as long as you have some prep work in. That’s where The New Avengers comes in. Acting a bit as a soft reboot after some pretty big world altering events, The New Avengers brings together a team of characters that won’t be completely unfamiliar to fans of the movies. The well known mainstays like Captain America, Iron Man, Spider-Man, and Wolverine are here and a lot of the character traits we see in the movie versions of the characters start in these books.  This series also leads directly into some of the biggest events in recent Marvel History, including Civil War. It’s best to think of this series as a sort of trunk of a very big tree with the rest of the Marvel comics universe acting as branches coming out. A good way to approach this is to start with this series and then pick up other character’s series as their appearances in New Avengers interests you.

You can buy this issue via comiXology

Now, I know just looking at the covers of these volumes you might be thinking “That doesn’t look like Chris Hemsworth” and you’re not wrong. That’s because this Thor is actually (sorry, some spoilers here) Jane Foster, Natalie Portman’s character from the movies. Now I picked this particular run because A.) It’s a wonderfully written series that balances a deeply personal story with the action and adventure that makes comics so much fun.  And B.) it seems like the next Thor movie will be taking some cues from this series. So, this is actually your chance to get ahead of the game a bit. Now, there’s no way to predict exactly how things will play out in the movie, but this is your chance to be that “Well, it didn’t happen that way in the comics” person, which is a great feeling, in very very small doses. But seriously, this is a beautifully crafted series that utilizes characters that you will be familiar with at least by name, and the aspects you might not be familiar with from the movies are treated in a way that feels conscious that new readers would be handling these comics.

Like always, let us know what you think of these recommendations, if you decided to check them out, did you enjoy them? Do you have some of your own suggestions, let us know down in the comments.