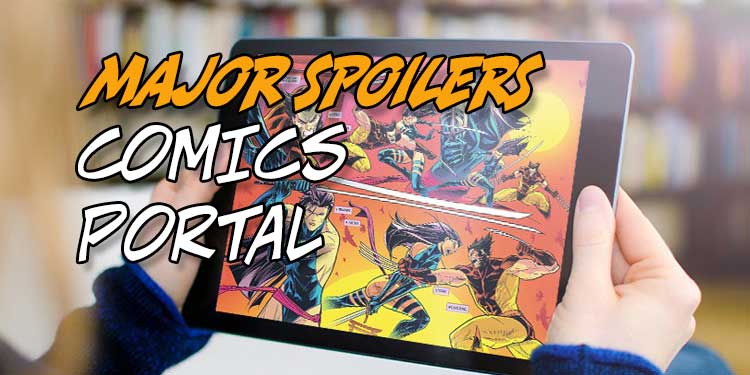 With the comics industry working on getting back to full production, some projects have been delayed while others have been cancelled. Are we going through “rebirth” pains?

DIGITAL PICKS UP THE SLACK

It’s no secret that DC has been using digital comics to help augment their product offerings for some time now. For instance, a lot of those “digital first” books I have bought on comiXology can also be found in the “rebooted” Walmart 100-page Giants. I reviewed Gail Simone’s Flash recently, for example. When I bought the recent Flash Giants at my local Walmart, I was surprised to see the same story there. Guess I missed hearing that was happening. Hey, I’m no stranger to “double-dipping.” A long time ago, I used to buy Batman Beyond stories from Adam Beecham digitally AND in print. I did enjoy them, much like I’m enjoying the Jurgens tales today.

DC has been switching some print editions to digital only as well. It appears that sales is a big factor in that. I could never list them all here, but I particularly noticed that the final issue of The Terrifics will be available only digitally. It’s a good thing my iPhone got upgraded recently so I have more space! I’ll be able to buy it and read it there!

Marvel’s also jumping on the digital bandwagon, as reported here on MajorSpoilers.com! The one that leaps out at me is Hawkeye: Freefall #6. I’m sticking with that title for now, so I’m happy to be able to read it.

The sad thing is that there are still a lot of comics fans who don’t have access to digital comics. For instance, my brother has a cell phone, but it’s not an iPhone or a device that can read digital comics due to space issues. He has a notebook, but it’s also slow and doesn’t have enough room to download comics. Digital is out of the question for now. I’m sure he’s not alone in this regard, though. Hopefully, he’ll be able to put his toe in the digital water when the local library opens up, which has, as he calls them, “super computers.” (That means “they work well.”)

I still doubt this means that digital will eclipse print versions any time soon. There are just too many “paper readers” among us, so digital will have to be content to be in second place when it comes to comics buying.

THE CASE OF THE DISAPPEARING COMICS It’s not like this is something unusual in the world today, but the “rebirth” pains in the comics industry means that some books have disappeared from lists upcoming comics.

For instance, several of the aforementioned Walmart 100-page Giants are not making the trip to local comics shops. Again, I couldn’t list them all here, but The Flash #5, which I have sitting next to me, thankfully, is no longer expected to be available anywhere but Walmart. It also looks like the “dollar comics” that reprint “classic” DC stories are being seriously pared down as well, including Manhunter #1. That makes sense since word is that the Manhunter miniseries spinning out of the “Leviathan” event is also taking a hike… at least, for now. Again, I’m sure sales is a big motivator in this. At the store I frequent, I think I’m one of the very few customers who actually buys the Giants there. It’s too bad, too, because there’s a lot of good storytelling going on in those 100 pages!

This is also happening at the House of Ideas. Several “Empyre” event tie-ins and related comics have dropped off upcoming release schedules, including the one I truly wanted dealing with the Squadron Supreme. (Any resemblance to the Justice League at DC is, of course, purely coincidental.)

I’m sure this same thing is happening with other publishers, so be sure to pay attention and keep an eye out for the books you want to be sure to get! You may be looking for a long time!

I have to give the House of Ideas credit when they do something I think is pretty smart! For instance, I understand there’s going to be a free book called Previously in Marvel Comics that will arrive on July 8th. It’s going to help fans get back in the saddle again before the “really” new books start hitting LCS’s the next Wednesday, the 15th.

Personally, I believe this is something other publishers might consider. Every jumping-on point can be a jumping-off point, and vice versa, so the fact that we’ve taken an unexpected (and unwanted) break from our weekly comics habit is now the perfect opportunity to woo readers back by giving them a decent idea what’s going on in the various comics.

This is kind of like a smaller version of Free Comic Book Day (which I am hoping will be coming our way soon). I like it!

I haven’t seen any official word on how sales are doing in local stores now, but the fact that the shops are mostly open and the cash registers are singing their happy (albeit short) songs is a good thing. As many of us get money we can spend, we should see more of us back to buying comics!

It might be getting old for me to say this, but we continue to need to be considerate of others, especially those around us in our LCS. Things are starting to look up, so let’s keep reading our comics, especially the new ones!

What do you think? Are you buying more digital comics? Have you been buying paper copies at your LCS? If not, will you be back soon? Please share your thoughts in the space below!