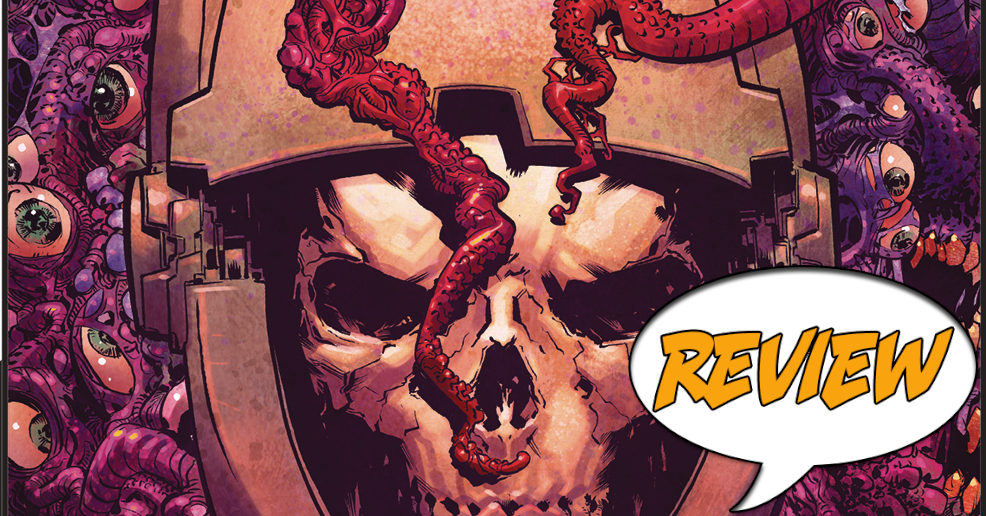 A Rogue Planet is a celestial body not bound to a star and was expelled from the planetary system in which they formed. What secrets could this abandoned planet hold? Find out in Rogue Planet #1 by Oni Pressl! 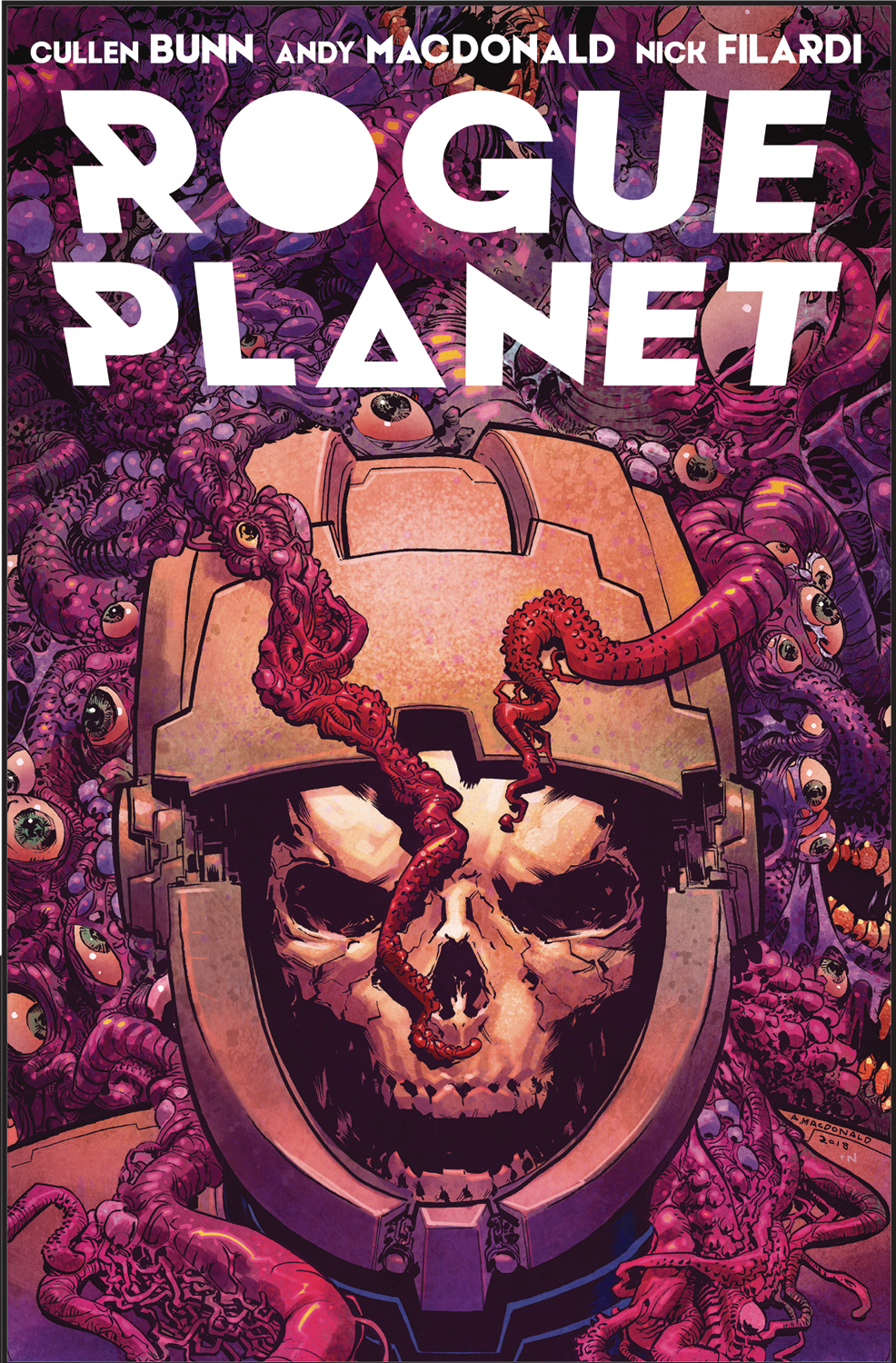 Previously on Rogue Planet: This new story followers salvage vessel Cortes as they explore a rogue planet. While the payload seems huge, is it worth what is lying on the surface of the planet? Come check out this horror science fiction series written by Cullen Bunn!

The story starts with aliens on the Rogue Planet participating in a ritual of sacrifice to appease the gods. The next page introduces the crew of the Cortes, a group of scavengers following a distress signal. The distress signal led them to a planet with no planetary system nor any star. As the crew lands, they find a graveyard filled with crashed ships. A whole graveyard implies lots of treasure for them to recover!

However, as they explore they find this weird creature in the center filled with multiple eyes and mouths with weird vein-like appendages floating out. Before anyone could react, the creature attacked and took one of the crew members. As everyone recovers, they resolve to go back to the Cortez but not before being attacked by the corpses of the people who died in this graveyard.

I think the winner though is the artwork. Everything seemed very vivid and the monster was terrifying. I was quite surprised at the artist’s interpretation of the monster and the planet itself. Additionally, I kind of liked that each character had their own color scheme in their space suit. It felt realistic and the fact that each suit lit up differently helped identify each character. I am still learning all the characters’ names but at least I can visually see the difference between them

This book is okay, I just wished they gave the characters a little more time to be introduced so I could grow attached to them. And from there they could go ahead and kill them and allow me to feel that terror.

I like the look of the book and I enjoy the art style. However, the prologue and the crew didn’t grip me as it should have. The art was riveting and I think that saves the book as a whole. I understand that it is difficult to get a story out when you have a page limit. So I am hopeful that the corners that seemed to have been skipped leaves room for something good in the future. 3.5 out of 5 for Rogue Planet #1.