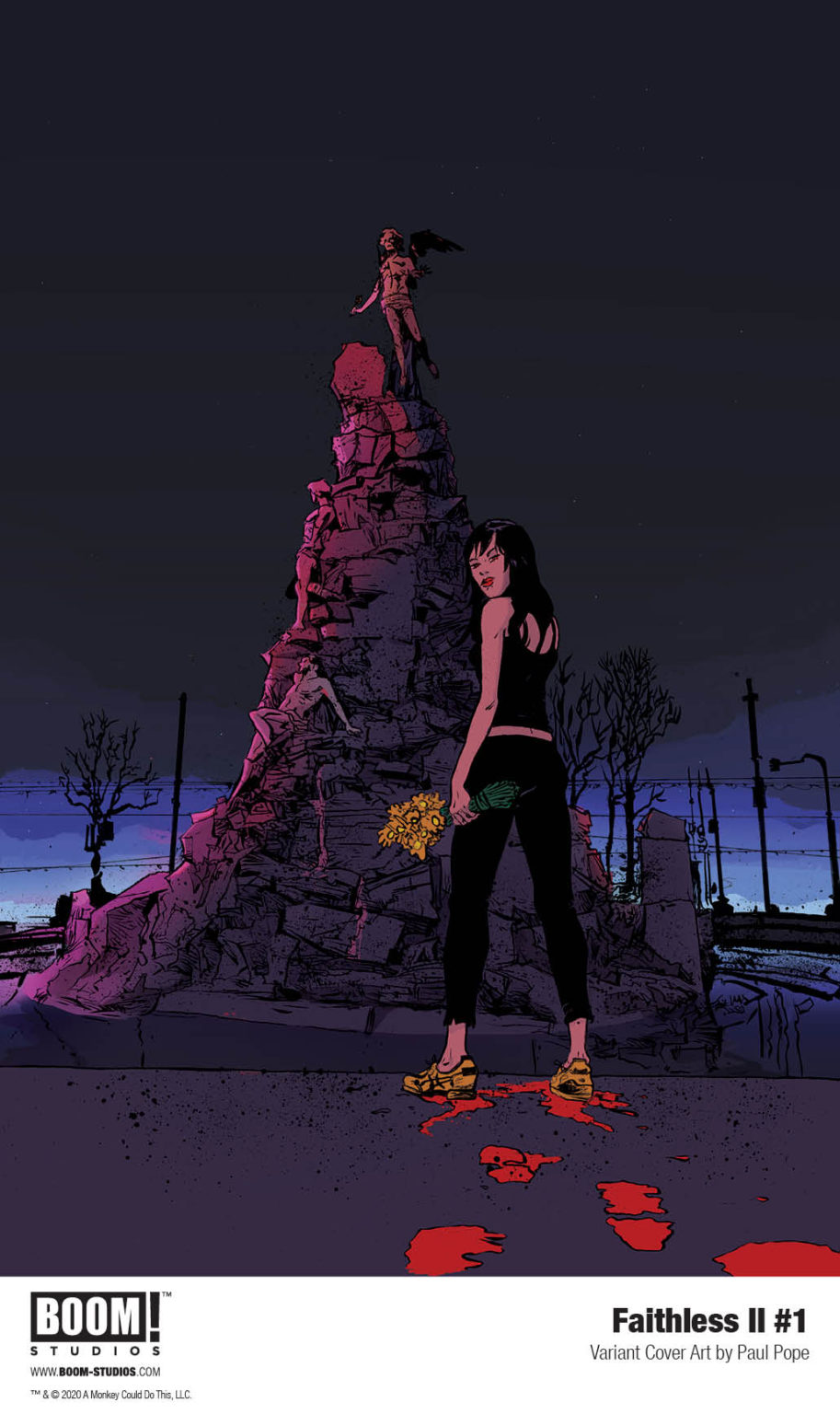 This is the first surprise monthly variant cover for comic shops as part of the groundbreaking Day One Retailer Support Services Program, an industry-first plan to immediately support comic shops and their communities worldwide. More details on the program can be found right here.

In FAITHLESS II, Faith must travel to Turin, known as the epicenter of black magic – it’s also a place of high fashion, art, and literature. Now, Faith is in the center of it all and with that, her own power grows.

But all power comes with a price.

And Faith has only just begun to pay for hers.

FAITHLESS II is the newest release from BOOM! Studios’ eponymous imprint, home to critically acclaimed original series, including Once & Future by Kieron Gillen and Dan Mora; Something is Killing the Children by James Tynion IV and Werther Dell’Edera; Folklords by Matt Kindt and Matt Smith; The Red Mother by Jeremy Haun and Danny Luckert; Alienated by Simon Spurrier and Chris Wildgoose; and the upcoming Wynd by James Tynion IV and Michael Dialynas, Seven Secrets by Tom Taylor and Daniele Di Nicuolo and We Only Find Them When They’re Dead by Al Ewing and Simone Di Meo. Print copies of the FAITHLESS II #1 will be available for sale on June 10, 2020 at local comic book shops (use comicshoplocator.com to find the nearest one) or at the BOOM! Studios webstore. Digital copies can be purchased from content providers, including comiXology, iBooks, Google Play, and Madefire. FAITHLESS VOL. 1 is available now in bookstores everywhere.

For continuing news on FAITHLESS II and more from BOOM!, stay tuned to boom-studios.com and follow @boomstudios on Twitter.