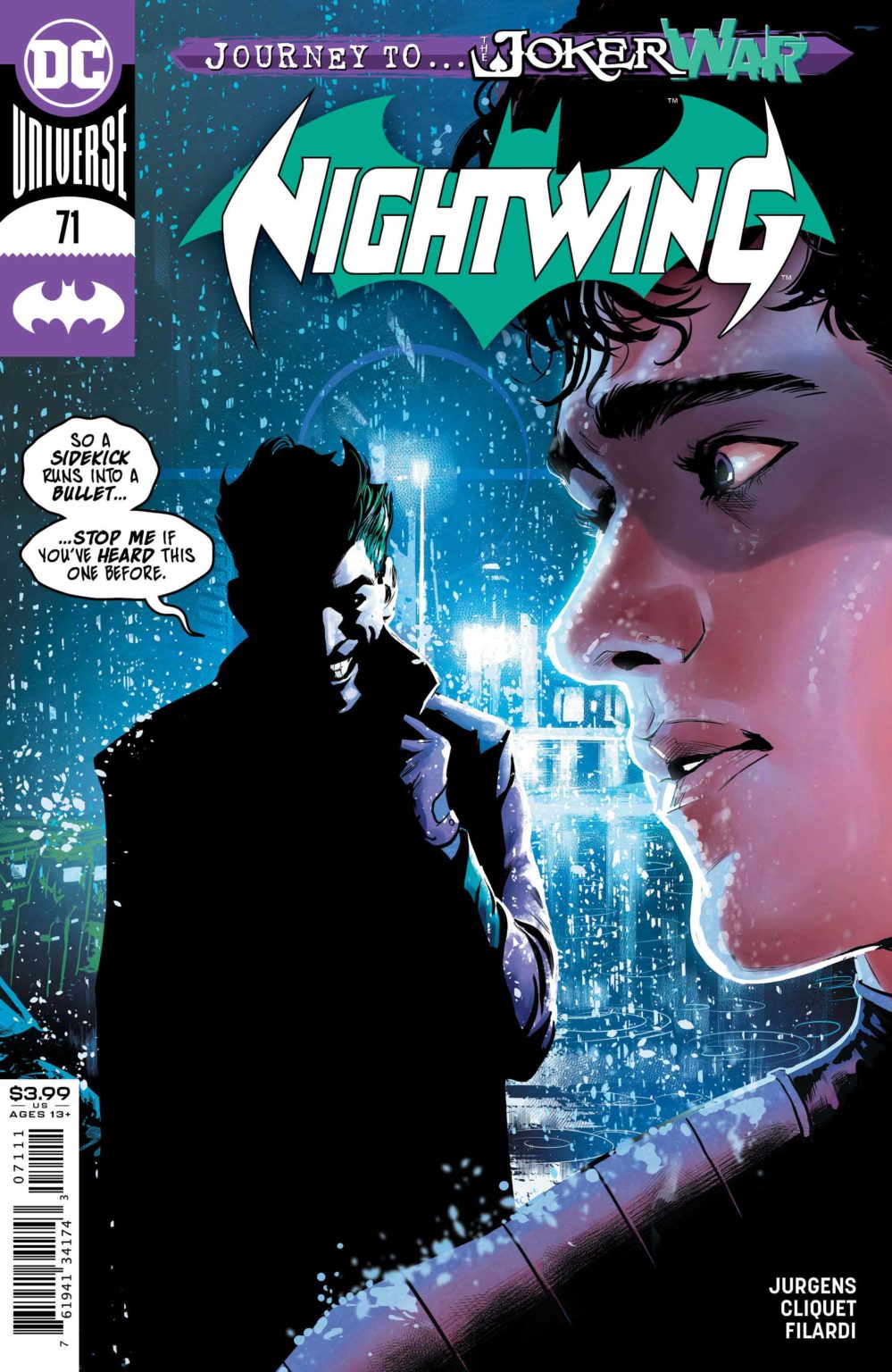 The countdown to The Joker War continues in Nightwing #71, and today we have a first look at the issue from DC Comics.

NIGHTWING #71
Writer: Dan Jurgens
Art: Ronan Cliquet, Nick Filard, Andworld Design
Publisher: DC Comics
If dealing with escaped super-villains isn’t enough for Ric to deal with, imagine being forced to have a chit-chat with the Harlequin of Hate! The Joker knows everything about who Ric really is, and is going to tell him, whether he wants to hear it or not! And that could mean big trouble for Nightwing, his girlfriend Bea and especially the Dark Knight!