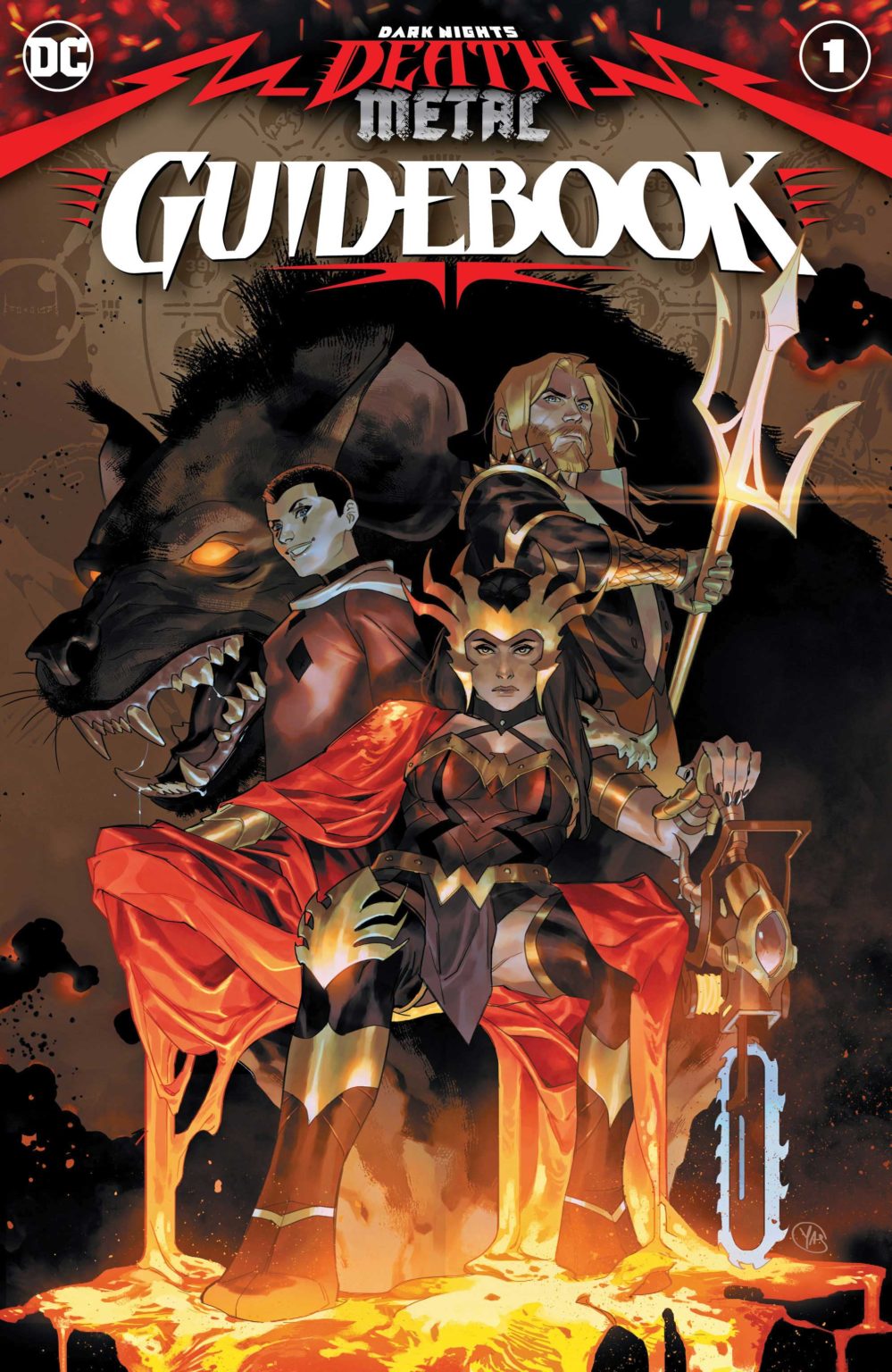 In August, be on the lookout for not one, but TWO Dark Nights: Death Metal one-shots. One is a guidebook, while the other tells tales from where the demons dwell.

As part of the announcement for the two one-shots, DC Comics also announced that September will see a skip month in the seven issue run of Dark Nights: Death Metal series from Scott Snyder and Greg Capullo.

Collected in Dark Nights: Death Metal Guidebook #1 on August 18 with a cover by Yasmine Putri, the stories in this one-shot showcase the new factions of Earth and explore the mystery of what happened to the Justice League after their battle with Perpetua.

As Wonder Woman, Superman, Batman, and other heroes fight to survive in the strange new landscape of an Earth turned upside down and shrouded in a realm of darkness, one cloaked figure has been observing from the sidelines, creating a guidebook to this new world and its evil leaders. Find out how Wonder Woman became the queen of Hell! Discover how Batman finds the Black Lantern ring! And see what happens when Harley Quinn takes charge of the Wasteland, finding love in the process! All this and more in this jam-packed issue exploring the new world order. And, if you are one of those that think they never should have ended Legends of the Dark Knight, there is this little gem:

In this collection of short tales where demons dwell and reality is overrun by monstrous versions of the Dark Knight, learn the terrifying secrets of the new Bats Out of Hell and other creatures of the night like Robin King, whose origin is unimaginable! Plus, read about the secret buried beneath Castle Bat, the sentient Batmobile, and…how did Batman turn into a killer robot dinosaur? So, are you ready for more Death Metal in the latter half of 2020?