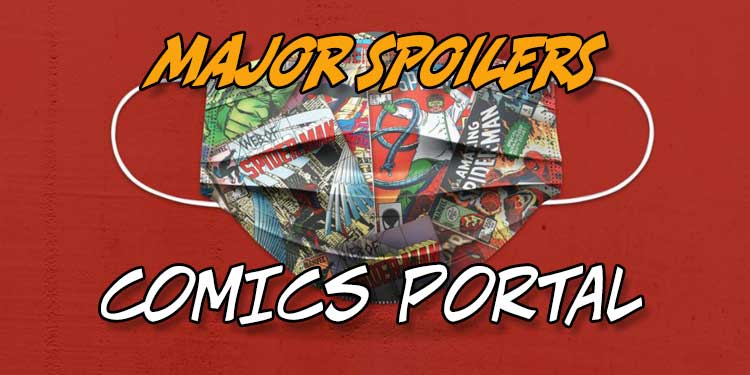 After weeks of being mostly in suspended animation, the comics industry slowly began making tentative steps moving forward this past week! It would be oh, so easy to be critical of things at this stage of development, I believe. Instead, I’m trying to accentuate the positive, although we should carefully evaluate how we’re moving right now.

On Tuesday, Diamond announced they were setting Wednesday, May 20, as the day they would begin releasing new product to local shops. They released what has turned out to be a tentative list of books that LCS’s would be receiving. Not long after that, they said they were developing a combined April/May Previews that would be available the following week, on May 27.

All that apparently fell by the wayside on Friday when Marvel said they were going to follow a different schedule through early July. Seems like they want to ship new books one week followed by a week with only collected editions hitting stores.

That didn’t jive with what Diamond had previously been saying, and at the time this column was being written, I hadn’t seen any update from Diamond as to what their reaction would be. I imagine that they’ll adjust things according to what the House of Ideas wants. We’ll see, so stay tuned!

As several in the comics press online have noted, the new Marvel schedule is missing some of their best-selling titles, including X-Men, Captain America, Fantastic Four, Wolverine, Spider-Woman, Gwen Stacy, Conan the Barbarian, and Star Wars. Chances are creators are being lined up to return to work on these books. It’ll be interesting to see if the creative teams really return to them or if changes will be made. That’s the danger you have when you tell people to put down your pens and brushes, even temporarily. People need income, especially during this extended down time. I’ll be watching closely to see how these comics will come together in the months ahead. I’m a long-time fan of DC and their titles, so it made me happy to see that DC’s continuing to release titles on a weekly schedule. This will be the second week of their new arrangement, and I’m anxious for it to succeed.

There’s still a lot of discussion about DC’s moving their “New Comics Day” to Tuesday as opposed to Wednesday as Diamond will continue to do. My brother is concerned because he doesn’t want to make two trips to his LCS a week. Well, I’d say you should make sure your pull list is up to date, then go on Wednesday. Either that or wait until the following Tuesday and get whatever came out last Wednesday then. Whatever works.

I’ve also been enjoying the digital books DC has been releasing almost on a daily basis. DC has long utilized this format, such as during the early days of The CW’s Arrow when they put out digital books in the Arrowverse. Eventually, just like the WalMart Giants, they’ll all get to stores, so everyone will have access to them as we move forward.

I’m likely biased, but I buy the notion that comics should come out on the same day of the week that other bookstores release their new product. It’s also interesting to hear people say they “stand by Diamond” when it comes to release dates when many of their customers have been coming in on Fridays rather than Wednesdays. You get there when you have money to spend, and if you get paid on the last workday of the week, that’s when you hit your LCS. We’ll see how this all shakes out, but I personally like it when someone takes chances so we can actually try something new! What a revolutionary thought!

SOME STORES ARE REOPENING Today, in several states (including the one I live in) have loosened restrictions so many LCS’s can open their doors. This is good news for retailers who have been doing the best they can to use the down time wisely. Several shops have conducted online auctions and sales while others have had private sales with valued customers who have scheduled times the owners would be available in their shops.

Many people are worried that this is happening too soon, that the pandemic will take advantage of this to start spreading more quickly in the communities that have relaxed their restrictions. Only time will tell, but it’s more than wise to continue to follow the guidelines already in place, such as wearing masks and washing your hands thoroughly and often.

It’s not happening across the board, at least not yet, but patience is still going to be a virtue no matter where you are. And supporting your local shops continues to be vital to the industry. Really.

WILL CUSTOMERS BE BACK?

When I talk with store owners, one of their biggest concerns has to do with their customers coming back. Will the people who have shopped there previously have enough money to come back and buy more product? If not, what will the shop do?

Not every store is returning, sadly. Some have taken this opportunity to move on to other endeavors. I personally feel sad whenever a shop closes its doors for good. I watched a great video from the head of BOOM! Studios who said that an LCS provides a third “home” of sorts, a place where we can share our passions and interests more freely. The stores that have done that well are going to hit the ground running again, I feel. If they haven’t, well, those establishments could make some changes and engage their customers more.

When the folks behind the counter get to know the people who regularly shop there, everyone benefits! They know what to order and sell, and the people on the other side of the counter can trust they’ll get things they might have missed. Not everyone can scour the Previews that thoroughly, after all!

I still think we haven’t seen all the changes that are going to happen yet. Some will be good for the industry and its clients, others likely not so much. But we’ll handle it as a group, and we comics fans are a pretty supportive bunch when we can be!

As I always say, I’m going to work on supporting those who will, in my opinion, make the industry better. That includes DC and those stores that will get Indie product I’m interested in. And I’m happy that there are some signs that the pandemic could be on its way out! Still, stay safe and keep reading your comics!

What do you think? What will the industry look like when things start getting up to speed again? Are you making changes in your comics habit as a result of your recent experiences? Will things get back to how they were before or will there be a new “normal?” Please share your thoughts in the space below!