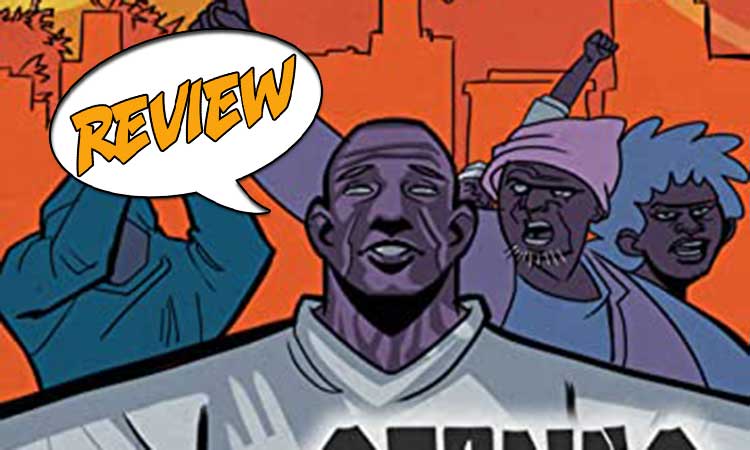 Mysterious objects have descended from space and with them both prosperity and despair. But, the decision about which will happen lies with humanity. Your Major Spoilers review of Stones #1 from SnowyWorks awaits. Previously in Stones, When mysterious objects from space change the course of history, how will the human race cope with such a force? Acceptance or destruction?

Stones #1 is a collection of two stories.  The first one titled “Stones”, tells the broad story of humanity once the mysterious stones land on Earth.  At first there’s panic.  Then acceptance.  Eventually humanity learns to utilize the stones for energy, which then causes war as various countries vie for control of the stones.  This eventually leads to the reveal of the true purpose of the stones.  The second story called “Under” narrows the focus down to a single farmer who happens to have a stone on his land.  The story reveals how he had grown to appreciate the stone and how he incorporated it into his life.  He suddenly becomes fascinated with what is below the stone and in a frenzy begins to dig.

The first thing that stuck out to me about Stones #1 is the very small amount of words used.  While the first story does have a narrator that explains the history of humanity after the arrival of the stones, it never veers into details.  Everything is laid out in a vague, almost cautionary way. By the time the second story begins, the issue becomes almost devoid of any words save for single word sentences sprinkled about. This makes the second story the more intriguing of the two as it lends itself to more interpretation and personal meaning.  Not to say that the first story isn’t intriguing but things are pretty clearly laid out and it keeps its most interesting card to its chest up until the end.

While Stones #1 definitely has plot and structure, it feels more like a showcase for Albert Pessoa’s art.  There’s a strong folkloric feel to the art here that blends art deco, with character work similar to something you’d see in The Bayeux Tapestry with thick Darwyn Cooke lines, and (especially in “Under”) wide swaths of color that reminded me of Oswaldo Guayasamin. It’s a fascinating style that manages to not only look impressive but also carries a majority of the storytelling burden.

Stones #1 is not the kind of comic that you come to if you want an easily digestible 30 pages.  One half of it requires the reader to accept the writer’s views on the characteristics of humanity, while the other half requires the reader to do a bit of interpretation and come to their own conclusions.  But, even if that’s not your bag, Stones is a visually compelling book that brings a fresh look to the comics medium. 4.5 out of 5.

Stones #1 is a rare breed. It tells a cautionary tale without being preachy, it tells a personal story with room for interpretation, and does all of this with very few words, instead relying on stylistic art to tell the story.
Alberto Pressoa Drew D. Lenhart Review SnowyWorks Stones
Share. Twitter Facebook Google+ Pinterest LinkedIn Tumblr Email
Previous ArticleDiamond inks exclusive deal with AWA
Next Article Top Five Scary Doctor Who Stories