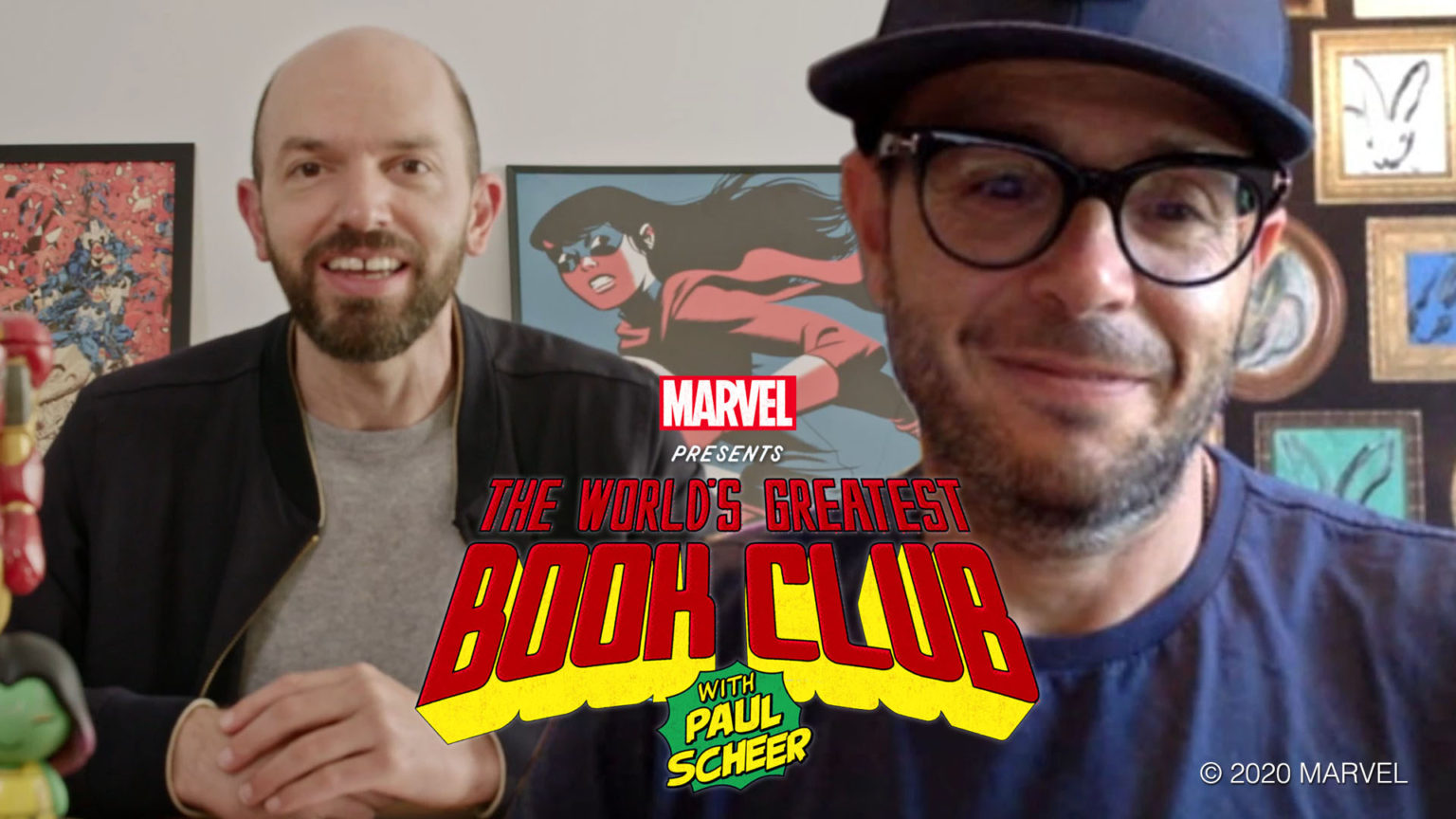 Marvel Entertainment announced today the launch of a brand-new digital series, MARVEL PRESENTS: THE WORLD’S GREATEST BOOK CLUB with PAUL SCHEER, a six-episode weekly series celebrating your favorite comics and the community around them. This fun, light-hearted series is hosted by actor and comedian Paul Scheer, who will be joined by celebrity guests including Damon Lindelof, Gillian Jacobs, W. Kamau Bell, Phil Lord, Yassir Lester, and Jason Mantzoukas. The series is produced in partnership with Supper Club with Paul Scheer, Jason Sterman, Brian McGinn, and David Gelb as executive producers.

For fans, comic shops have and always will be the heart of the comic book community; a place for new and longtime fans to come together and share their passion, fandom, and appreciation for the artform while learning about something new. As a lifelong lover of Marvel comics, Scheer will look to capture some of that comic shop experience by diving into the personal origin stories with comics and beyond with each guest in the series. Scheer will be joined by Marvel New Media Head of Content Stephen Wacker to provide an inside look into some of Marvel’s most-read classics and unlock forgotten treasures from the Marvel vault.

Join lifelong lover of Marvel Comics, Paul Scheer, special guest Damon Lindelof and Marvel’s Stephen Wacker for an inside look into some of Marvel’s most-rea…

Which local comic shop is their go-to, and why is it their favorite? What’s the best comic or storyline of all time that we all need to read? How has reading comics changed their lives? These are just some of the questions Scheer will explore with his guests on MARVEL PRESENTS: THE WORLD’S GREATEST BOOK CLUB with PAUL SCHEER, so be sure to tune in each week on Marvel’s YouTube channel, Marvel.com, and other social channels for this series and other content to experience #MarvelAtHome. Check out Episode 1 now featuring Scheer’s first guest: writer and producer Damon Lindelof!

“In this time, I think it’s so important to have an escape from the real world. Getting to go through the backlog of Marvel with my friends and live in this amazing world that Stan and Jack created has been incredibly therapeutic and fun, and I hope that people read along with us,” said Scheer. “But most importantly, we are getting to spotlight local comic shops across the country. These small businesses have been there for us all these years, so we all thought it’s important that we be there for them. Where else would we go to debate who’s stronger: The Thing or The Hulk?”

Over the past month, Marvel has worked to give fans a chance to escape within the Marvel Universe and bring #MarvelAtHome in new and exciting ways, including virtual bi-weekly #MarvelMission challenges using household items and materials; live How to Draw segments on your favorite characters like Spider-Man, Cyclops, and Deadpool; Let’s Play LIVE sessions with some of your favorite Marvel console games; and Watch-Alongs for classic Marvel series like X-Men: The Animated Series. Join over 15 million fellow True Believers for Marvel LIVE content each week, and get a heads up on Marvel’s weekly lineup on Twitter and Instagram! To hear from some of Marvel’s biggest comic book creators, be sure to stay tuned on Instagram for LIVE interviews each week.

MARVEL PRESENTS: THE WORLD’S GREATEST BOOK CLUB with PAUL SCHEER will release episodes every Thursday, starting April 30. To find the books and stories mentioned in these interviews and more, please reach out to your local comic book shop to ask about services they may offer, including holding or creating pull lists, curbside pick-ups, special deliveries and other options to accommodate. Find and support your local comic book shop at http://comicshoplocator.com, or visithttp://marvel.com/lovecomicshops to learn more.