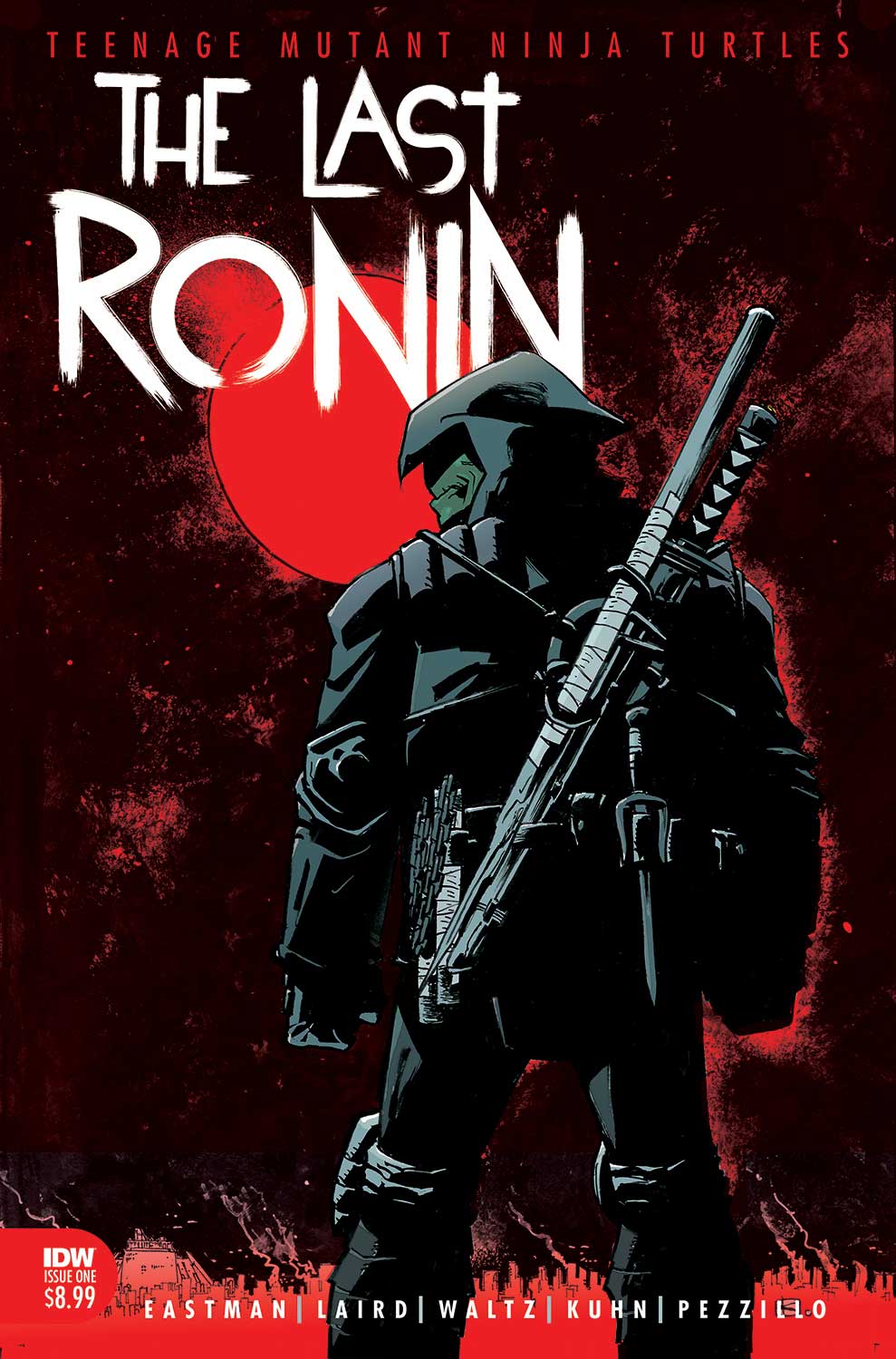 In a future New York City far different from the one we know today, a lone surviving Turtle goes on a seemingly hopeless mission to obtain justice for his fallen family and friends. Kinetic layouts from Eastman, atmospheric inks from Andy Kuhn, and a thrilling script full of surprises from longtime TMNT scribe Tom Waltz all combine to make this one of the most memorable TMNT stories that fans will ever read.

“About ten years ago, I re-discovered a twenty page outline for a TMNT story that Peter and I wrote together back in 1987,” said Kevin Eastman in a press release from IDW Publishing. “The story was set thirty years in the future, which (as written then) was set in 2017. Reading through it again, I drifted back to a very different time in TMNT history — back when it was all about the comics, mostly just Peter and I writing and drawing the issues, pre-everything the world would soon come to know about these characters that we’d created and called the Teenage Mutant Ninja Turtles.

“It has been an INCREDIBLE thirty-six year journey, thanks to the brilliant talents of so many that brought new visions and TMNT stories to life, and especially the fans who supported all of them. Nine years ago, I was invited back into the TMNT comic universe, via my friends at IDW Publishing. Aside from the original run with my friend and co-creator Peter Laird, working on the IDW TMNT universe has been the best time I have had with the Turtles for a very, VERY long time.”

The over-sized five-issue mini-series is set to arrive this summer from IDW Publishing.