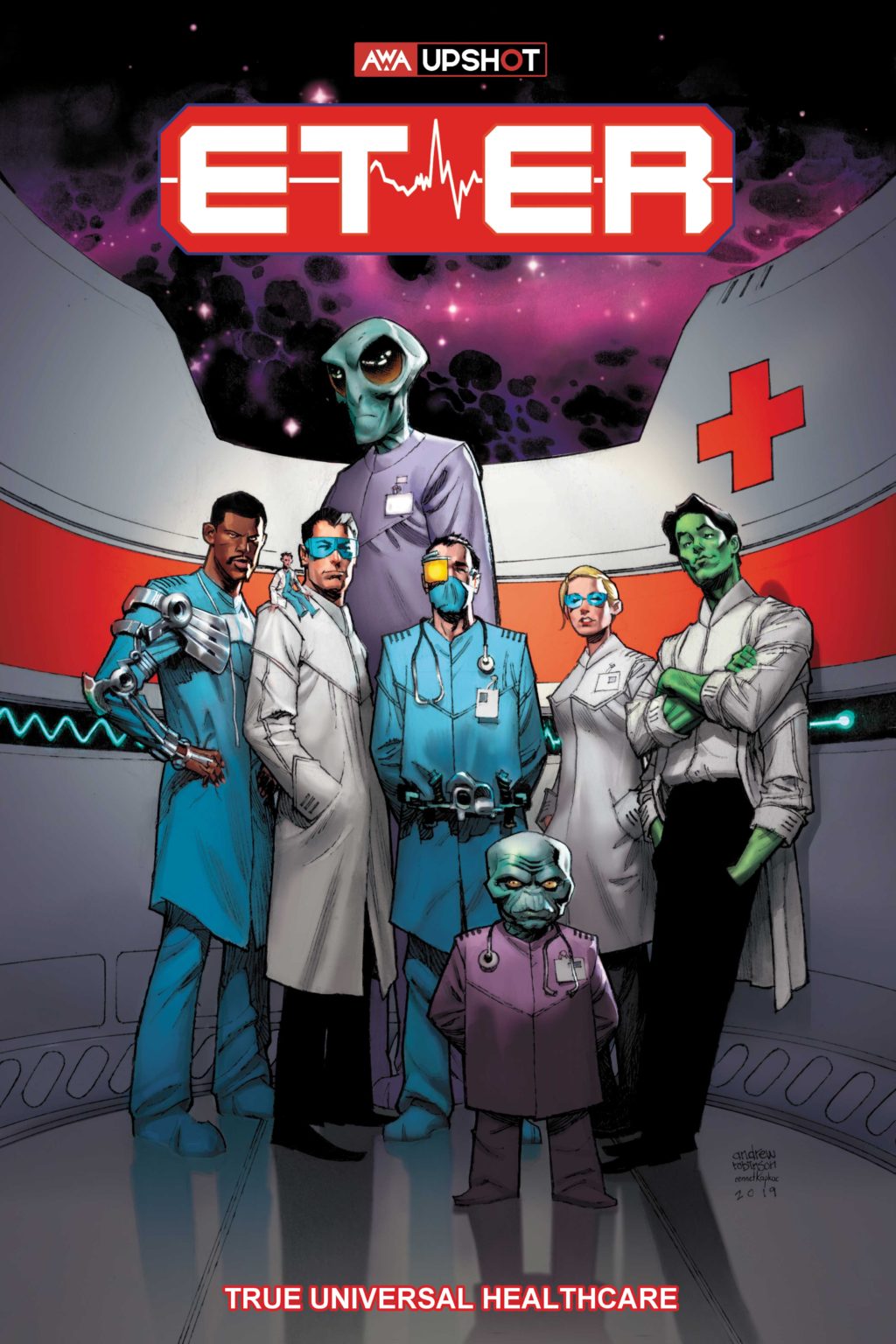 AWA Studios has released the first issue of ET-ER #1, and we have a preview of the comic that is available today.

Severed tentacle won’t grow back? Intergalactic virus has liquefied one of your heads? Feeling a bit woozy ever since you drove through that black hole? Make a beeline for Roswell General, the galaxy’s leading medical facility. Secretly serving the cosmos since 1947, this interplanetary crew of doctors, nurses, paramedics and technicians is uniquely qualified to cure what ails you – no matter where you’re from.

Today’s patient? An alien from the boondocks of outer space whose deadly immune system will put the doctors to the ultimate test: to save their patient, they must first survive him.

But that’s just one story in the truly limitless universe of ET-ER, which stands at the intersection of E.R. and Men in Black. For the courageous health care workers at Roswell General, no planet is too far, no asteroid is too small, and no life form is too, well, alien, for their care – and they accept most forms of insurance.