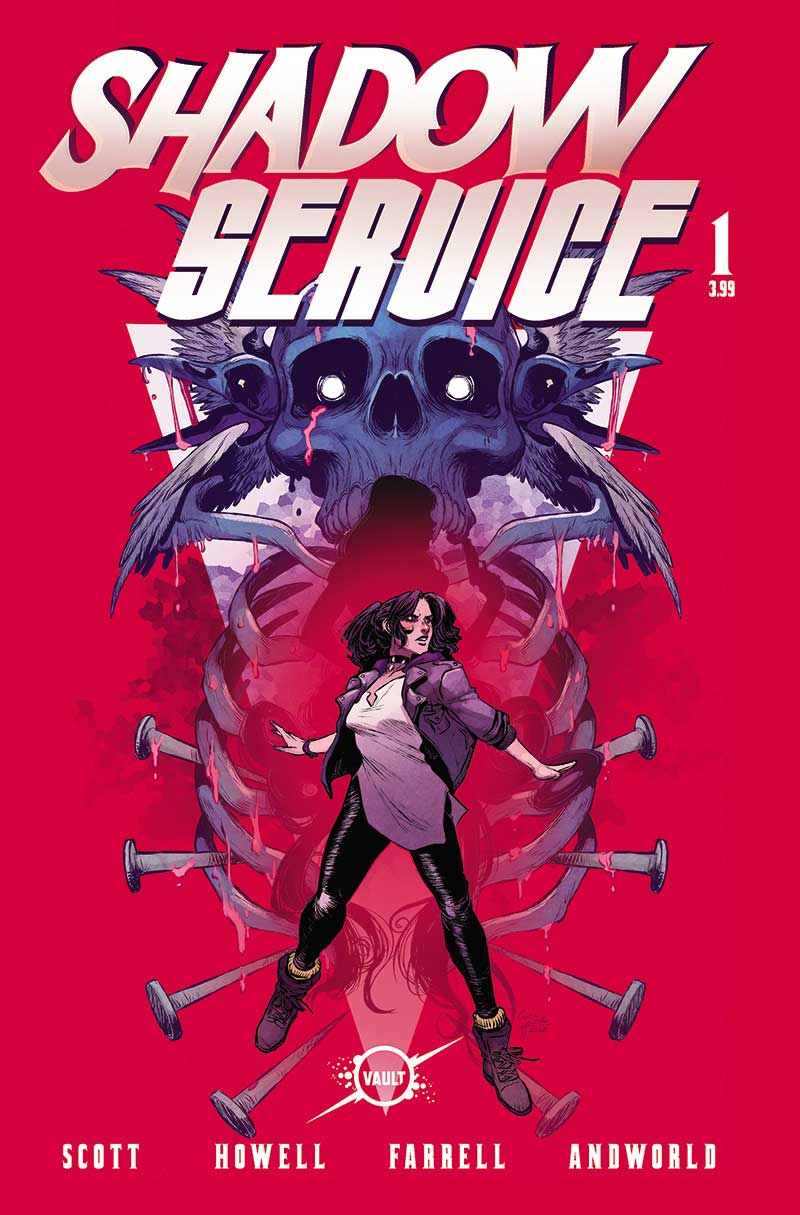 Worried your partner is cheating? Need a missing person found? Gina Meyers is the Private Investigator for you. Sure, she’s a witch who worries that her powers make her more of a monster than the crooks she’s trying to catch, but it’s not like London’s criminal underworld is literally going to hell… is it? This is SHADOW SERVICE. Spy craft meets black magic in the shadowy world of MI666.

“After watching The Omen one dark and stormy night, I first scrawled down the name: MI666,” said series writer and co-creator, Cavan Scott in a press release to Major Spoilers. “It made me laugh. It still does. And for years I came up with story ideas for Britain’s shadow security service, protecting Queen and Country from things that go bump in the night. But I could never make them stick,” he continued. “I was still thinking about this years later, walking home from the cinema, airpods crammed into my ears. VCTRY’s cover of ‘Black Magic Woman’ shuffled its way onto one of my playlists and I realized I didn’t want a Bond at all. I didn’t want a blunt instrument, jaded after years in the field. I needed a new recruit, drafted into the service, someone who definitely wasn’t a team player, someone who didn’t know spycraft but… witchcraft. Gina Meyer was born. I hurried home and all those years of storylines and influences flowed into the pitch that I immediately sent to Adrian Wassel at Vault. I knew he would fall under Gina’s spell and lose himself in MI666’s world of assassination, intrigue, betrayal and demons. And I was right. Shadow Service is the result, brought so vividly to life by that mistress of the dark arts, Corin M Howell.