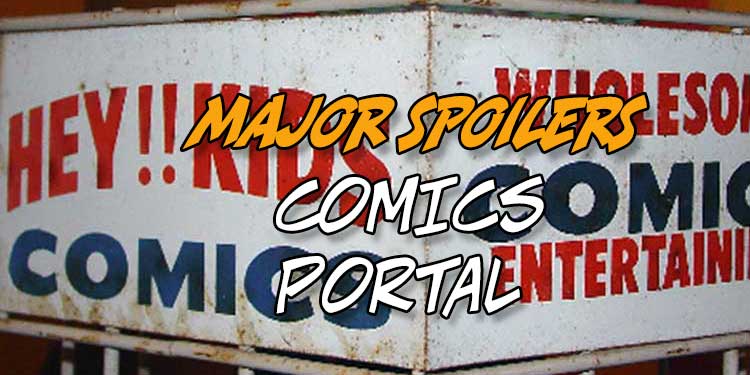 Last week, I wondered out loud what the future of Diamond Distributors might hold, even if it has one at all. There has been a LOT of conversation regarding what changes some would like to see happen when the Coronavirus eventually fades away, so I thought this time I’d talk about what could take place or at least considered as we move forward.

Diamond apparently did offer some help to local shops, but not as much as they need, it seems. The most Diamond looks like they are willing to send is about 25 percent of what they owe, which has some stores in a quandary. How can they survive if they only receive that much?

There has been a common perception, true or not, that Diamond actually has a goodly amount of money at their disposal. I understand that they are trying to survive, much like the LCS’s across the country. I sincerely hope that Diamond is not trying to outlast the shops, thinking that other stores will come along and replace any that close their doors permanently.

As I mentioned last week, some companies are clearly looking into becoming “the next Diamond” when it comes to distribution. I’ve heard of at least three organizations exploring their options, with one even polling a great many stores this past weekend, finding out what stores would like to see change in the months ahead.

The longer time moves along, the less convinced I am that the industry should return to “the way it was before.” Granted, I’ve long had concerns with how Diamond has done things, but I’m coming more and more comfortable with the idea that others should be given their chance to see if they can improve things. I understand that many shops have preferred placing orders from only one distributor, that being more convenient for them in terms of time and effort. But I’ve seen lists of suggestions online that owners would like to see happen and, as I look them over, I don’t see how Diamond could BEGIN to make even a fraction of all that happen. Also, Diamond has told some in the industry that August was the soonest they could begin to ship product. That may be too late for some. There have been several lists of “improvements” people would suggest online, so let me point out some I find appealing or at least interesting. Please understand that many of these come from LCS’s! I can already hear some collectors screaming in pain at some of them!

It’s interesting to me that some stores still consider digital to be a threat. Honestly, comiXology and other digital platforms have been around for years, and they still haven’t really hurt LCSs as much as some feared they would.

NOW IS THE TIME FOR DISCUSSION If we wait to talk about ways to improve the industry until it is back up running, I fear that will be too late. We should be considering this NOW, before any system of any kind gets going.

One of the things I notice in what people want to see is the notion that “less is more.” The Previews is now too big and cumbersome, for example. It should be cut back into one book.

On the other hand, I still think we should be open to having more than one distributor operating. That would allow customers and stores the chance to shop around.

And, as always, stay safe and well, and keep reading your comics!