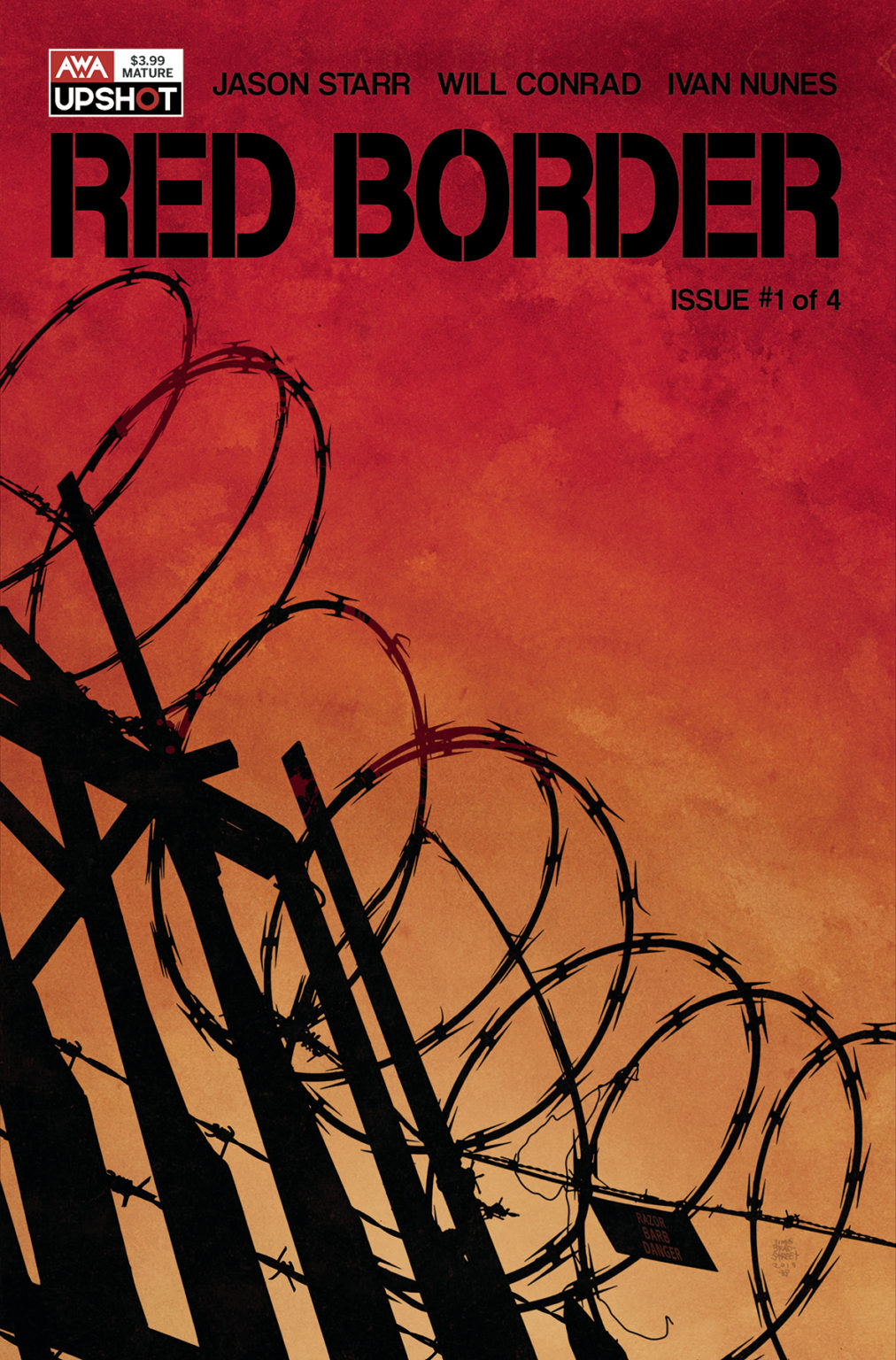 AWA Studios has started sharing some of its issues online to read for free, and today, we have the first installment of Red Border #1 by Jason Starr and Will Conrad.

RED BORDER #1
Writer: Jason Starr
Artist: Will Conrad
Colorist: Ivan Nunes
Letterer: Sal Cipriano
Web Conversion: Ilianna Jimenez
Red Border is a thrilling new series from AWA Studios where a young Mexican couple narrowly escapes the Juarez Cartel by fleeing across the border into Texas, only to be run down in the desert by the Cartel’s most brutal thugs.

Rescued by a mysterious local who takes them to the safety of his family’s ranch, the couple soon realize their hosts have more than just skeletons in their closet. Trapped in a house of horrors beyond their wildest imagination, the army of assassins on their trail might be the least of their problems.