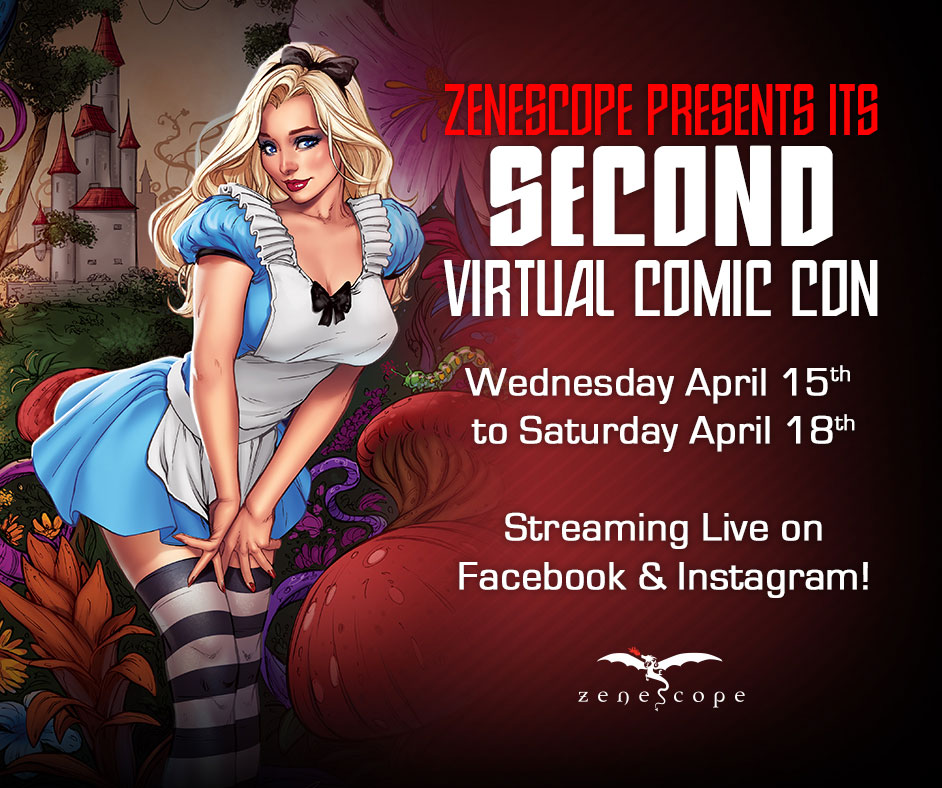 With most upcoming comic conventions being postponed or canceled due to the COVID-19 pandemic, comic book and graphic novel publisher, Zenescope Entertainment, once again plans to bring the comic con experience directly into fans’ homes. This will be the company’s second online comic convention this year and will run from Wednesday to Saturday – April 15th to April 18th.

“This Virtual Con gives viewers the comic con experience from the comfort of their homes while we all continue to social distance,” said Zenescope’s Ralph Tedesco. “It’s a great way to offer fans some brand new collectibles, a variety of back-stock graphic novels, and even free books and merchandise. We’ll also be bringing on creators for interviews and panels throughout so the experience feels as much like a comic con as we can make it.”

Among the comic books, graphic novels, box collections, and various merchandise that are typically available at Zenescope booths during the convention season, the company will also unveil a multitude of rare and highly collectible merchandise that can normally only be purchased during trade shows & in-store events.  A full list of creators appearing will be announced on Zenescope’s social media outlets over the coming days. Make sure to add Zenescope on Facebook, or Instagram at @Zenescope, and simply click on the live stream anytime to join the event April 15-18th from 12:00-5:00PM EST daily.