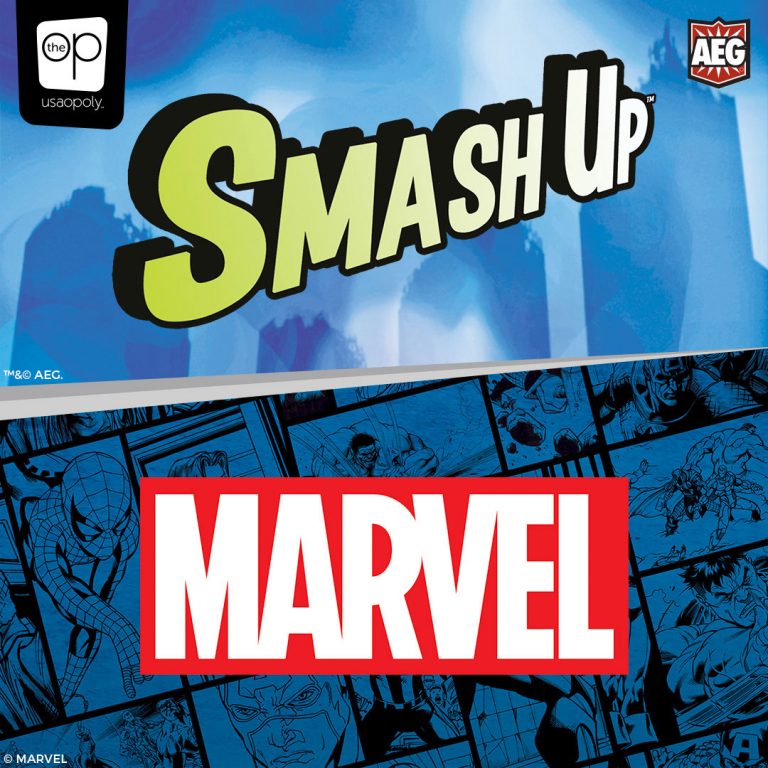 Marvel Smash Up is coming!

Here is some very good news for fans of the card game Smash Up – The Op has licensed Smash Up from Alderac Entertainment Group, and is taking aim at Marvel with the upcoming Smash Up: Marvel!

Next to Legendary, Smash Up is one of my favorite games to play, and to see that The Op is bringing Marvel into the world, has me all kinds of excited.  We don’t know much about the game at the moment, but we did learn that Captain Marvel, Spectrum, Armin Zola, Red Skull, The Ultimates and Hydra will be part of the game.

Players will be able to employ the character-specific abilities of heroes such as Captain Marvel and Spectrum, or evildoers like Arnim Zola and Red Skull, to accomplish Smash Up’s objective—strategically build your characters’ powers to dominate bases and collect as many victory points as possible! Conceptualized by both AEG and The Op’s game design teams, each faction’s custom traits are respectively inline with the comics and Marvel universe’s storylines.

We also don’t know of the release date, so we’re going to hope that it happens sooner rather than later.