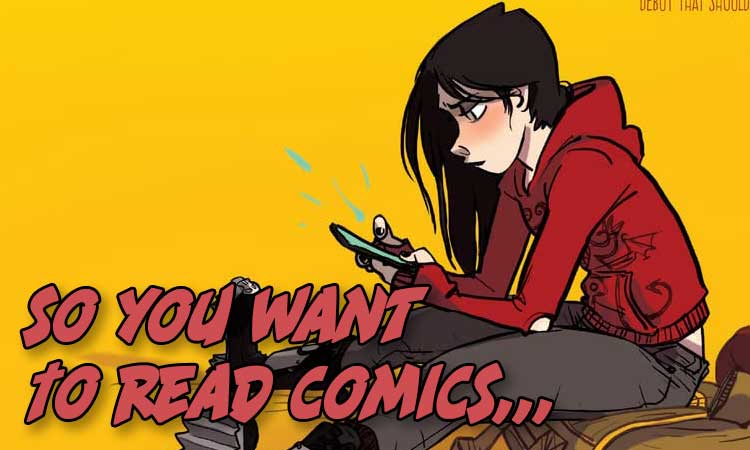 So You Want to Read Comics (Teen Theme Edition)

Let’s be honest here, (at the risk of seriously dating this article) a lot of people are stuck at home right now.  This is especially true for teenagers. The natural tendency is to fall back into familiar pastimes, but this situation we’ve all found ourselves in gives an opportunity to branch out and check out things not considered before. What I’m saying is: teenagers should read some comics.

Just like any other group of people, it’s not easy or fair to lump teens into one big group and say that any single comic will appeal to all of them. But, there are some themes that I believe will have a better chance at being appealing to teens over some others and the following suggestions exemplify these themes better than most comics.

There’s been a strong push from Marvel to make their comics more appealing to younger audiences and no other attempt has been nearly as successful as Ms. Marvel. This story revolves around Kamala Khan who is a teenager with Pakistani immigrant parents who suddenly develops superpowers. But that is just the thin surface of what this comic book series has to offer. Within these pages themes like: teen romance, racism, cultural heritage, religion tradition in conflict of modern society, hero worship, pros and cons of an internet connected population, become focuses of various storylines.  It’s also ridiculously funny and full of action and adventure. But, the one thing that this comic does better than any other comic out there; is showing teens, in a world that is only concerned about them as talking points, have unique personalities and wants.

Also, as this series goes on, more and more characters from the bigger Marvel Universe are introduced but because it’s done through the lens of Kamala Khan these introductions are gentle to the reader and offer a way to get into the other titles from Marvel.

Not everyone is into superheroes or even action stories.  Sometimes a good  “slice of life” story is what hits the spot. But, there’s no reason why that story can’t be fun.  That’s what Giant Days is.  The story revolves around 3 women who have recently gone off to college and their trials and tribulations there. Now, none of what’s in Giant Days is anything that hasn’t been explored in any CW or Freeform teen drama. What sets Giant Days apart is how these things are presented.  Everything is over the top. For example, during one issue all 3 of the main characters end up getting the flu. Now rather than just showing them sick and trying to make it through their days ill, in Giant Days we get one woman confusing a cheese and wine party for a Santeria ritual, one woman getting jacked up on blackmarket Polish cough medicine, and another ending up having an argument with a pack of cigarettes.

One of the biggest things that Giant Days has going for it as well, is there is a ton of it to read.  With 54 issues in the base series as well as spin-offs and holiday specials, there’s no shortage of it to carry someone through these days where stimulus is hard to find.

Hopefully, these suggestions help ease the struggle of having, or being, a bored teenager stuck at home. If they did, feel free to drop your thoughts in the comments below or if you have suggestions of your own, share them.