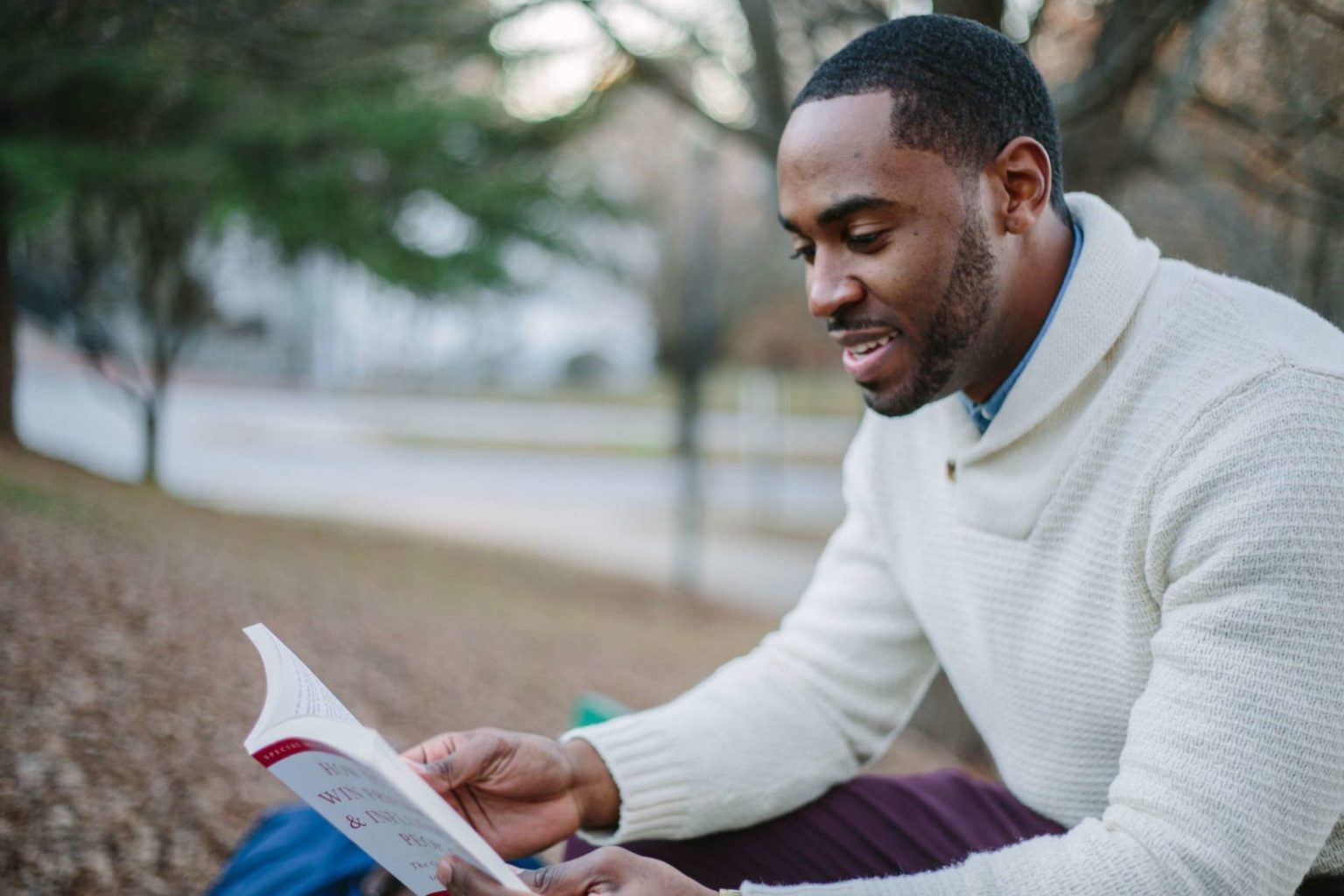 Comics for HIM to Read in Isolation

Many of us are currently finding ourselves inside of doors with a lot of spare time for reading on our hands. Why not take advantage of a time like this by diving into some Collected Works, Omnibi, and Graphic Novels? Who knows? By the end of this you may come out even more knowledgeable than our own Mighty King Cobra! We are here to offer a series of helpful suggestions on GRAPHIC NOVEL options:

These are in no ranked order, but they come recommended from years working in comic book retail, what was popular in the last year, and what will set you apart from every other gift giver in a person’s life who knows they like Batman and thinks a pencil case with the Dark Knight on it counts as a thoughtful present.

Please consume this list knowing that comic books are for everyone and can be appreciated across age and gender lines. My suggestions have been tailored based on current trends and what my experience has taught me works for a specific audience. BLOODSHOT: SETTING THE WORLD ON FIRE
Price: $8.99
Get it on Amazon

As I mentioned on the most recent Did You Hear? I wrote about the decision Valiant Entertainment made to put their Bloodshot movie on VoD. A wonderful companion piece to anyone interested in checking out the Vin Diesel project is Setting the World on Fire which heavily influenced the on-screen story. This book is the first arc of the 2012 Bloodshot relaunch and does an excellent job setting the groundwork for who Ray Garrison is and what exactly is going on with this hero. Is he a hero? That’s for you to decide about a man who considers himself a living weapon by the end of the first volume. A perfect read for anyone into cyberpunk military stories – Altered Carbon, Matrix, and Blade Runner fans, I gotchu! Since Arrow just went off the air why not revisit the book which launched the pilot? Fans of the Arrowverse will find a lot of inspiration in this retelling of how rich playboy Oliver Queen came to take up the mantle of the Green Arrow. It’s all there. The blonde boy. The hood. The island. Year One was so influential on the television show that launched an entire universe they named a character – John Diggle – after this book’s artist – Andy Diggle! Some fun trivia you can carry with you to impress  your friends after you’ve read this book! BLACKEST NIGHT OMNIBUS
Price: $89.99
Get it on Amazon

This is arguably the Best DC Comics Event AND it has zombies! Want more? Blackest Night is consistently theorized to be the plotline of either an upcoming Green Lantern television show (we all saw the Arrow finale, we know it could happen!), or an upcoming Green Lantern Corps movie! Want more? This 10 Year Anniversary Omnibus is the most bang for the buck of anything you are going to find on this list! It’s the complete Blackest Night title, Green Lantern, and Green Lantern Corps which deal with the event directly AND all of the tie-in from every DC Comics title which was being published at the time. I know what you’re thinking: “Ashley, tie-ins aren’t always good!” Spoilerite, that’s a good rule of thumb, however, in the case of Blackest Night, the tie-ins are all super, super interesting. Lastly, this particular collection include the 2011 Free Comic Book Day #0 issue which launched Blackest Night into being and hasn’t been republished in previous collections. Plus, it’s a fast-paced fun story involving the greatest hits of the DCU! THE WITCHER OMNIBUS
Price: $16.99
Get it on Amazon

There’s a debate in geekdom right now about whether The Witcher or Sonic currently holds the title for the Best Video Game Adaptation. Up to this point this title has been pretty elusive. Similarly, Best Video Game Tie In has been a tough road to hoe for comic books. The Injustice from DC Comics does a shockingly good job and so do The Witcher comics from Dark Horse. The third volume, Curse of Crows, is widely considered to be the best of the series as it attempts to reconcile the Geralt of the games with the Geralt of the comics. This Omnibus collects all of them AND is beautiful. Perfect for a fan of The Witcher in any of its numerous adaptations. AVENGERS BY JONATHAN HICKMAN: THE COMPLETE COLLECTION VOL 1
Price: $34.99
Get it on Amazon

I’m recommending this particular Avengers collection because it’s a fun – standard – Avengers romp that does an excellent job introducing a whole new generation of teammembers. Many of them recently debuted in the MCU or are slated to be appearing in the MCU in coming years. Black Panther stands alongside Tony Stark. Mr. Fantastic and Beast are waiting in the wings. If you make it deeper into the story (and into further volumes), Shang Chi gets a contemporary update that I can only hope heralds what Simu Liu will be wearing when he leads the Shang Chi movie. These days everyone is a fan of the MCU and, as such, in the pages of this Avengers Complete Collection there will be something for all readers!