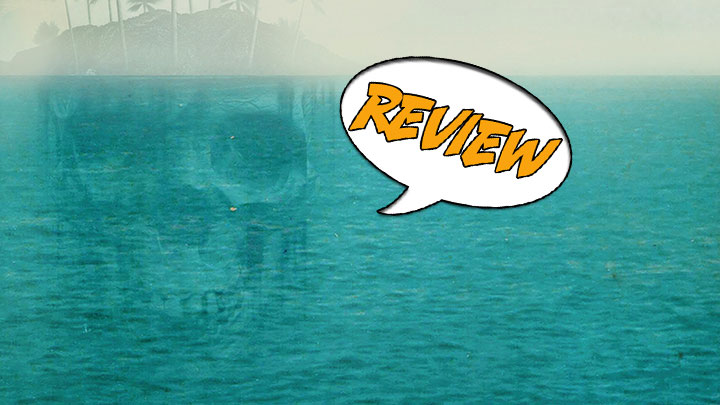 Secret Agent Nora Freud stars in Spy Island #1, from Dark Horse Comics.  Stuck on an island in the Bermuda Triangle, Nora must assassinate another agent, navigate the perils of a Protect the Mermaids fundraiser, and bed MI-6s best agent, Harry Fauntleroy.  Does Nora get what she needs, instead of what she wants?  Find out in your latest Major Spoilers review! Previously in Spy Island:  With only a weekly visit by boat, Spy Island can be a lonely place for the legion of international spies who populate it.  All seeking to gain the secret of whatever outlandish anomaly, or beastie, or alien relic for the benefit of their governments.  Agent Nora Freud is one of them; an agent who has gotten her hands dirty in a dozen places around the globe and knows how to handle herself.  But it is the arrival of her sister, the mermaid expert, that really puts that cat amongst the (temporal) pigeons…

In these troubling times of social isolation, economic disintegration and poor internet speeds, it’s great to be able to sit down with a fun, frivolous and frankly thrilling new comic book.  Spy Island #1 ticks all the boxes – sexy secret agent, outlandish setting, great writing, and some gorgeous art.  It almost makes you yearn to dare the perils of the Bermuda Triangle, just to escape all this nonsense about a Tiger Man on Netflix.

Nora Freud is a secret agent who has worked the length and breadth of the world’s stage.  Now, she finds herself pondering the meaning of life, in between drowning a rival, attending a Save the Mermaid fundraiser, and bedding Britain’s best agent James…err, Harry Fauntleroy.  Writer and co-creator Chelsea Cain delivers a script full of funny one-liners, a wryly detached sense of humour at the absurdity of it all and a great leading lady in Nora Freud.

While very little of note actually happens in Spy Island #1, it is told in such an engaging way you never really notice the absence of action and adventure.  Instead, you tend to find yourself keen to understand Nora better – nothing more than titbits are given out regarding who she is and why she is on the island, but there’s sufficient mystery there to keep you involved in the proceedings.

The issue itself is full of amusing nuggets – a chance for the writer and artist, Elise McCall to make the reading experience a little deeper than normal for the reader.  Hence, the advertising page at the end of the promoting the virtues of the place – a happy couple in 60s styles bathing suits frolic in the surf, while the tentacles from the Kraken hover overhead.  It’s these little moments, and the effort they represent, that makes the issue such an entertaining one.

BLINDED BY THE LIGHT

Spy Island #1 is a luminous reading experience as well.  Elise McCall brings some quality work to this opening issue.  Nora Freud is, frankly, sex on a stick, a curvaceous spy confident in herself and her physicality.  McCall’s line work is bold and expressive and she brings a strong sense of composition to her larger panels, which are framed like a movie.  They have a sense of vibrancy, with the characters ready to walk off panel and into the real world.  And she brings a really cheeky sensibility to the story, matching the writing.  The panel shot of Harry clad only in an undone shirt and his Union Jack underpants is both a nod to the silliness of James Bond and another nod to the exuberance of the overall story tone.

It’s a cliché that colorists don’t get their due, so allow me to give Rachelle Rosenberg some real praise.  The coloring in Spy Island #1 is nothing short of spectacular.  Given the tropical island setting, it’s not surprise that the colors of this issue run absolutely riot.  The color tones are deeper than usual – Nora’s red car looks like’s she’s driving around in a blood clot, such is the strength of it. Whether undersea or on land, there’s such a kaleidoscope of coloring that it leaves you stunned.  From the page backgrounds (lots of purples here, no doubt representing a repression of sexuality), to the wallpaper in the room housing the fundraiser, to the plant and animal life, there’s a sense of life run amok.

Spy Island #1 is a great deal of fun, both in terms of the writing, and certainly in terms of the art and coloring.  It’s no surprise that the three principal creators in this issue are woman, as the writing and depiction of Nora brings the sort of truth that only women can.  Confident, bold and strong, Nora is exactly like this issue.

A fun frolic in an exotic locale full of mystery and great characters, Spy Island #1 is a fantastic opening issue that promises to bring lots of more of the same. If you want even the briefest distraction from the storm clouds gathering over our lives, this issue is the one to satisfy that urge.