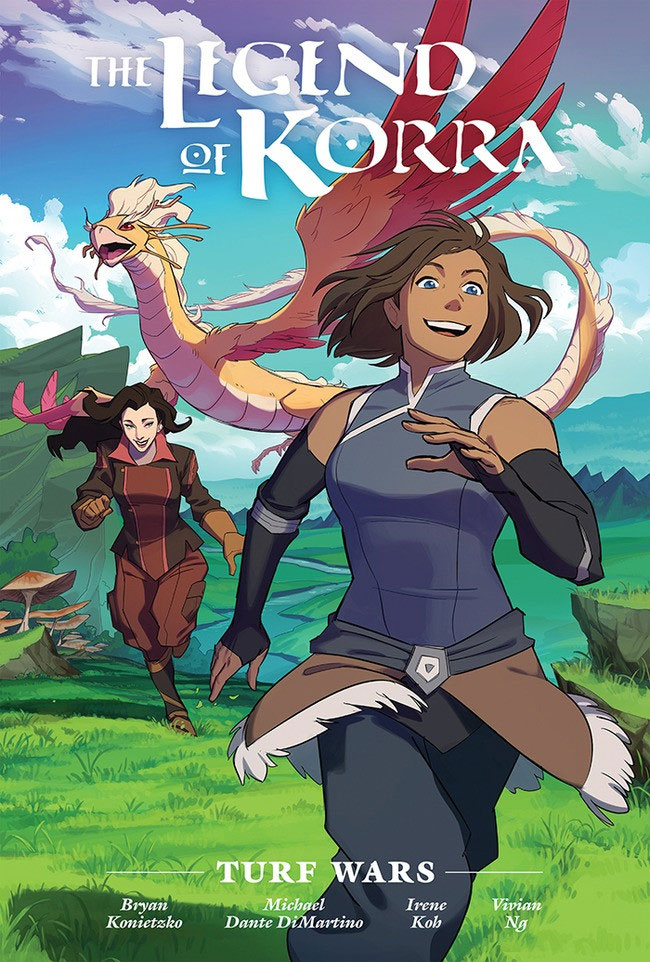 Varney and Gabriel will conduct a live reading of The Legend of Korra: Turf Wars Part One, covering the first chapter, featuring Asami and Korra as they take a needed vacation in the spirit world.
During the live stream, fans are invited to ask questions about The Legend of Korra. Following the reading, the actors will take part in a moderated Q&A session.

A free digital excerpt of The Legend of Korra: Turf Wars Part One on Dark Horse will be available beginning Monday, April 6, 2020 at 12:00 a.m. Pacific, so that fans can follow along during the live reading.

The book featured in the live reading is the first of Dark Horse’s Korra graphic novels, The Legend of Korra: Turf Wars Part One, published in summer 2017.
This three-part graphic novel series is written by Nickelodeon TV series co-creator and executive producer Michael Dante DiMartino, drawn by Irene Koh, with covers by Heather Campbell, and consultation by TV series co-creator and executive producer Bryan Konietzko.
Turf Wars begins with Korra and Asami leaving the spirit world and returning to Republic City only to find political hijinks and human vs. spirit conflict, as a pompous developer plans to turn the new spirit portal into an amusement park, potentially severing an already tumultuous connection with the spirits. In order to get through it all, Korra and Asami vow to look out for each other—but first, they’ve got to get better at being a team.
The Legend of Korra: Turf Wars serves as the official continuation of Nickelodeon’s The Legend of Korra television series, and all volumes are available now through comic shops, book retailers and Dark Horse Digital.
Dark Horse Comics legend of korra Press Release the last airbender Video
Share. Facebook Twitter Pinterest LinkedIn Tumblr Email
Previous ArticleGeek History Lesson #304 – MAILBAG: Marvel/DC Crossovers & More!
Next Article Dueling Review: Lucifer’s Knight #1