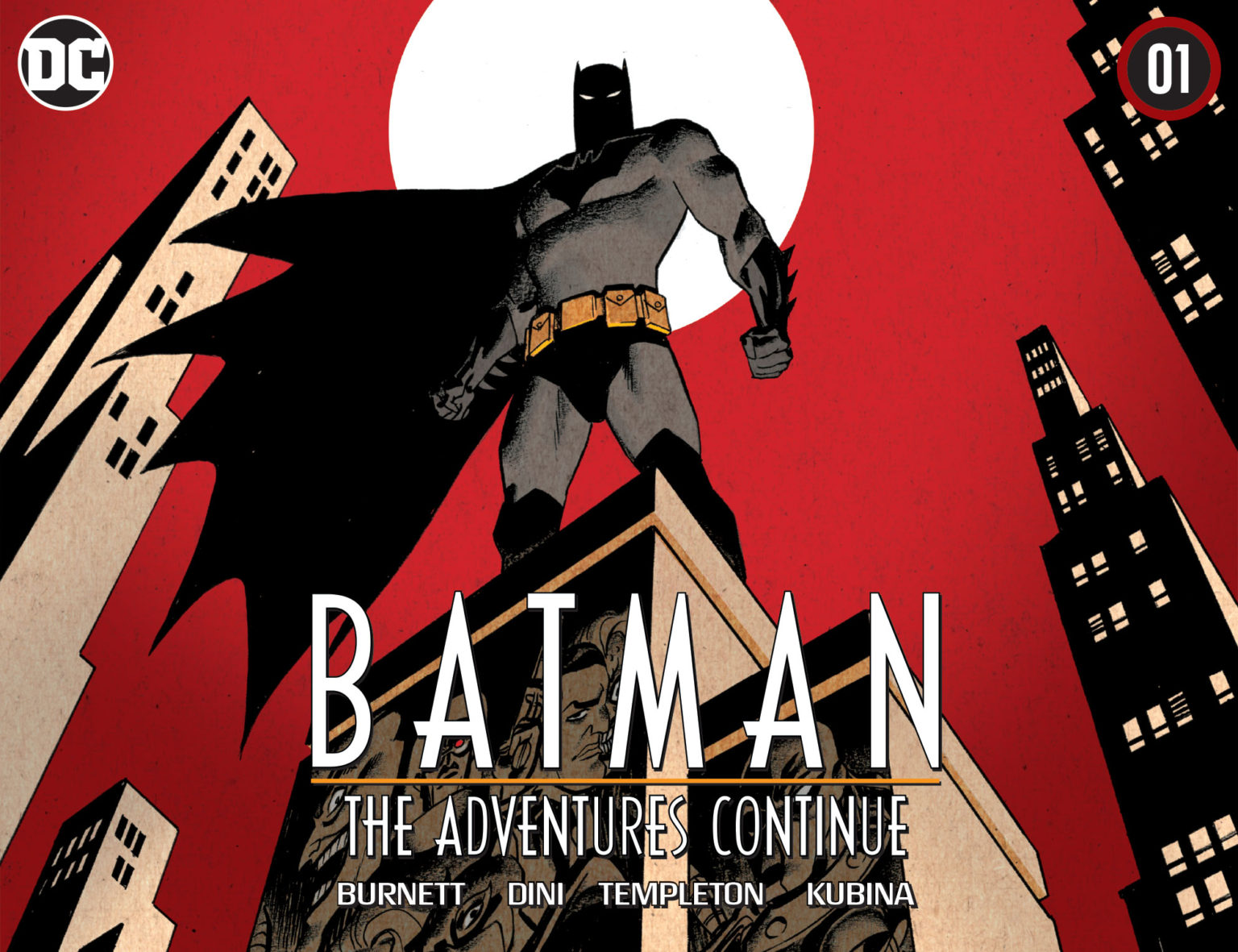 Batman: The Adventures Continues arrives as digital first on Wednesday

DC Comics has announced Batman: The Adventures Continue will arrive as a digital first series beginning on Wednesday. The series, from Paul Dini, Alan Burnett, and Ty Templeton continues the stories we fell in love with in the Batman: The Animated Series television show.

Fans familiar with the Batman of The New Batman/Superman Adventures will be right up to speed,” says Paul Dini. “Alan and I approached the writing with the idea that we were doing the season you might have seen if we had not put the series aside to do Batman Beyond.”

In the first chapter of Batman: The Adventures Continue, Wayne Enterprises in Gotham City is attacked by a giant robot that steals an entire room from the laboratory. Who’s controlling the robot? How will Batman stop the mechanized menace? And what does it all have to do with Lex Luthor’s sudden appearance in Gotham? Can’t wait! Actually… I can, it is less then a day away!