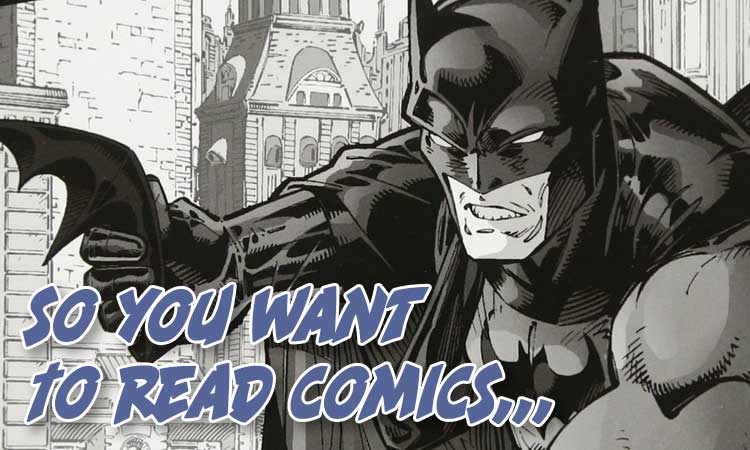 So You Want to Read Comics…

Welcome to “So You Want To Read Comics” a helpful guide to introduce you to the world of comic books by looking at interests outside of comics and offering suggestions based on that, to make your introduction as smooth as possible.

I wasn’t much of a comics reader as a child. In the early to mid 90s comics had already disappeared from grocery store racks and newstands. This meant that the only place to really buy comics were the shops designed specifically to sell them and to be honest, they were intimidating. But, that didn’t mean I didn’t get a chance to see some great superhero action and where I got that fix, was the various cartoon series from the 90s.

It’s often said that the 90s were a golden era for superhero animation. There’s no shortage of people who have fond memories of watching X-Men and Spider-Man on Saturday mornings. Shows like Batman The Animated Series and Superman The Animated Series are also fondly remembered. Here’s the good news, the jump from cartoon fan to comic book reader is not a tough one. Batman is one of the most popular characters not only in comic book fandom, but in pop culture lexicon. He’s also one of the most nebulous characters in the DC Universe. He can go from hyper capable ninja to genius strategist to hard boiled detective within just a couple of issues. This is what made Batman: The Animated Series so great. Rather than shying away from all these different takes on Batman, the show uses its episodic nature to play around with each of them while not worrying about an ongoing continuity. The point was to tell a good story in 20 minutes and not worry about it afterwards.

The same can be said about Batman: Black and White. This series, rather than being one long continuous story, is a series of vignettes from some of the best comic book writers of all-time. The sheer variety of stories in this series means that even if one doesn’t sit well with you or just wasn’t your thing, chances are there’s one on the way that will do it for you. Also, like the show, not all the stories revolve around Batman. His villains get just as much of the spotlight as The Caped Crusader does.

All in all, Batman: Black and White is a good place to start, not only for its variety and ability to convey all the different ways Batman is utilized, but also because it doesn’t require years of knowledge and comic reading experience to enjoy. It always perplexed me how The X-Men can be some of the most well known comic book characters around while also being one of the hardest titles to break into. The amount of classic stories and characters go on and on. What the problem is though is that there really has never been a break in continuity for these characters. Which means each new issue takes place in a universe where over 50 years of stories also happened and sometimes the writer expects you to know all of these. This is why X-Men: The Animated Series was great. It took a lot of these classic stories and reworked them into a more concise and easily digestible way while still retaining the elements that made those stories classics in the first place.

That’s where X-Men: Grand Design comes in. In the same way that the animated series took bits and pieces from decades of stories and reconfigured them into its own ongoing continuity, X-Men: Grand Design takes the history of The X-Men comics and retells these stories in an A to B to C style that takes hundreds of issues and thousands of tie-ins and turns it into a single epic. This makes X-Men: Grand Design perfect, not only as a way to enjoy The X-Men, but also prepare the reader for entering the mainstream X-Men comics.

I’d also encourage you to try and support your local comic book store. But if that’s not possible or you’d rather read things digitally, all of these titles are available through Comixology or Amazon.

If you’re a veteran reader, do you agree with these suggestions? What are some your own?