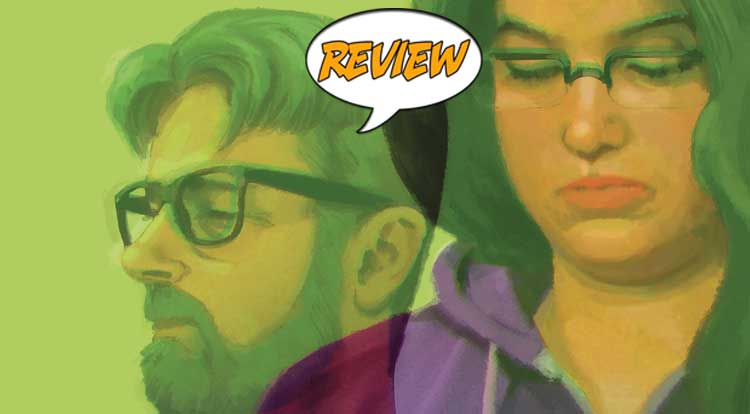 Suzie and Badal come face-to-face at last and…  it’s not what either expected.  Your Major Spoilers review of Sex Criminals #28 from Image Comics awaits! Previously in Sex Criminals:  The true scope of Badal’s plans becomes clear, and Suzie isn’t sure whether or not he’s actually right.  All that, plus a truly horrifying bit with turtles…

Troubled by her seeming visions of the future, Suzie has gone to visit Kuber Badal, the insider trading jerk who has been monitoring and sapping the powers of those who can channel their sexual energies like she does. Badal is remarkably calm, even welcoming, as his own visions of the future involved Suzie herself, telling him that he can do whatever he wants, that she is God and that everything is within his grasp. He’s been using his strange battery to gather the energies of The Quiet in the hopes of going back in time and changing the past. She’s tempted by his offer to work with her, thinking about trying to save her late father, who committed suicide because of Badal’s actions before trying to tell him that his assumptions are wrong and somehow starting the causality loop that created her whole mess in the first place.

Oh, and then the entire building explodes.

This issue is the key to understanding not only Badal, but the entire underlying schema of this story, and while it doesn’t specifically answer questions, it does reveal quite a bit that readers weren’t aware of. On the down side, it makes me care about Kuber as a person, but on the upside, it makes me care about Kuber as a person. The art, as always, is really impressive, especially the slow, subtle reveal that Suze is wearing the exact clothing that she wore in his strange, long ago vision, and I’m now very worried about the survival chances of everyone in our cast. Fraction’s story continues this book’s tendency to humanize every one, no matter how malign, how pathetic or how enigmatic, conveying the message that everybody is a mess, if you catch them at the right time, and even monsters can be charming. Of course, that means that the charming can also be monsters, spinning us back around into worrying that Suzie just killed a guy with the power of The Quiet.

In short, Sex Criminals #28 makes me happy by finally giving us some important reveals while making me very sad at how close we are to the (you should excuse the expression) climax, earning a very well-deserved 4.5 out of 5 stars overall. As this book has progressed, it has become less a traditional narrative and more a personal tale of people just trying to make sense of the enormity of life and sex and death and the vast weight of existence, and frankly, I’m enjoying it just as much, if not more.

Just be aware that it’s NSFW, Adults-Only, Rated M for Mature and any other designator you can think of to keep away the young folks.

We learn more about Badal and some surprising things about Suzie, making it clear that the creators abandoning the bank robbery scenario was the absolute right choice.