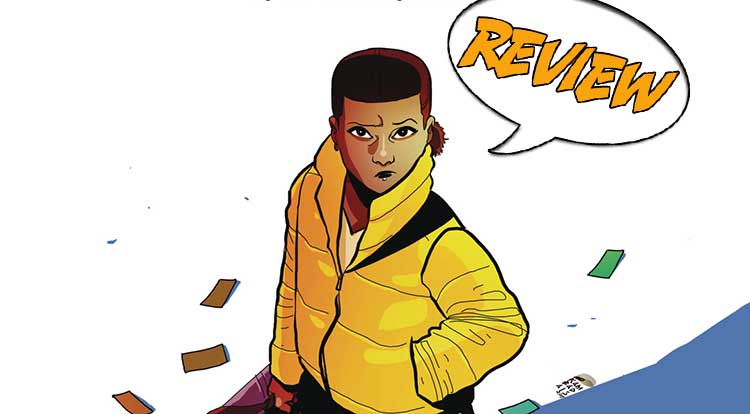 I Can Sell You A Body #3 Review

Denny’s life has gotten exciting – and not in a good way. With the mob, the police, and a demon after him, who will get to the psychic first? Find out in “I Can Sell You a Body” #3 from IDW Publishing! Previously in “I Can Sell You a Body”: Denny Little is a sleazy L.A. psychic who is down on his luck, despite the fact that he actually can talk to ghosts. He can also do reverse exorcisms, and that’s his problem – a local crime boss (Mr. Gallo) paid Denny to bring his dad back. The older Mr. Gallo doesn’t want to return, and Denny has gone through the money, giving the last of it to a pretty young woman (Henrietta) who was down on her luck, and now falls for him. While Denny decides to mess with the Gallos by bringing their recently snuffed rivals, the Bellanovas, back from the dead, Henrietta robs a bank. The Catholic Church has sent a priest to investigate. And the senior Mr. Gallo still doesn’t want to be brought back to life.

SEX AND DEMONS AND CRIME

As “I Can Sell You a Body” #3 opens, Henrietta has come back to Denny’s hotel room with a couple duffle bags stuffed with cash. Denny is stunned. Henrietta has a history of giving her boyfriends everything, only to have them ghost her. Then the spirits of the dead, who are also cranky with Denny, start talking to him, including his mother who is disappointed in him. It’s all just a bit much, but when Henrietta grabs him and kisses him, the voices quiet down. But later, as they’re discussing plans, there is a terrible smell (cue fart joke) and the walls start bleeding.

It’s the demon Denny summoned in the first issue, that possessed Gladys. It wants a human body and decides to take Denny. But the quick-thinking Henrietta kisses him again, and this boots the demon back out.

Meanwhile, the priest from the Vatican arrives in L.A., a big fan of America and speaking English stereotypically (to put it kindly). Although, to be fair, his ride with the foul-mouthed cabbie is amusing. He heads straight to the Police Department to consult with them as a demonologist. Even for a book this wacky, this takes some pretty hefthy suspension of disbelief. But he can give them several esoteric details about the crime, so they’ll hear him out.

Henrietta and Denny have a heart-to-heart. She thinks she’s saving him not because she has any mystical powers, but because he’s so deep into self-loathing that it’s giving the spirits access. And things are better with her. Or something like that. They try a sort of meditation thing together, and Denny is still kind of a jerk. And Henrietta has a weakness for jerks.

Henrietta, meanwhile, is identified as the bank robber, and the police connect her to Denny. Father Vincenzo is still hanging out with them insisting a demon is involved. But he also knows about Denny and knows that he has a connection to the afterlife. The detectives find their way to the hotel room and start doing a police investigation, and Father Vincenzo shows up, explaining that a demon was there.

There’s also a car chase with the police after Henrietta and Denny, which he gets out of by swapping ghosts into some of the police bodies. And then he thinks he has a plan to deal with Mr. Gallo.

There’s a lot of crazy going on in this issue. I’m intrigued to find out how this all gets pulled together, especially since there seem to be a ton of loose ends flying about.

The art of “I Can Sell You a Body” #3 is kind of all over, in part because that’s what the story does. I like the strong shadows and showing people as silhouettes, especially Denny when he’s contacting the spirit world. There’s a good mix of long shots and close ups to keep things moving and help us keep on track. The limited color palette highlights things like the blood and makes the priest stand out.

The whole meditation scene in the middle comes as a huge contrast. It’s rather psychedelic and uses entirely different colors. I get what they’re trying to go for here, but it feels so different from everything else that it’s almost a little disconcerting.

BOTTOM LINE: ENTERTAINING, THOUGH NOT DEEP

As part of a 4-issue story, “I Can Sell You a Body” #3 is ramping up to race to the finish. It’s not a bad book. The basic plot is good, but almost gets lost in the plethora of wild complications. Overall, it just feels kind of rough around the edges.

A demon’s after his body; a mobster wants him to pay up; and his new girlfriend robbed a bank.