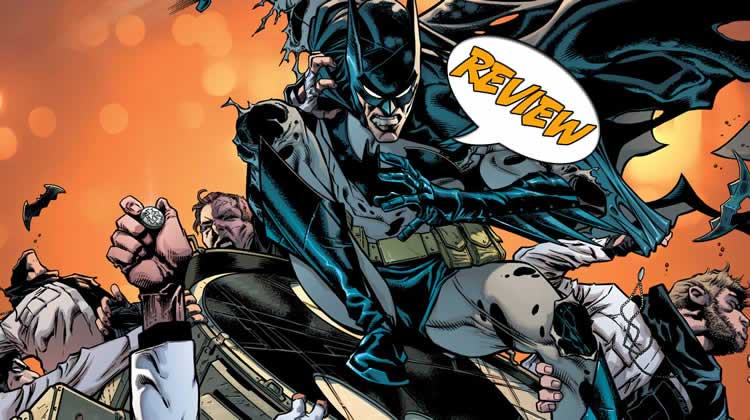 Detective Comics #1021 from DC Comics is the second part of a Two-Face story, appropriately enough! Can Batman survive the Cult of Two-Face? SOLICITATION: “Ugly Heart” part two! Two-Face has returned, and his Church of the Two has grown into one of the most dangerous and destructive cults Gotham City has ever seen. So why is the only person trying to kill Two-Face his own alter ego, Harvey Dent? Batman at last has found hope of a permanent cure for his friend’s evil split personality–but if there’s hope of ridding the world of the dreaded Two-Face for good, Bruce and Harvey must team up to beat back the bad.

BATMAN VERSUS TWO-FACE VERSUS HARVEY DENT

Right now, Batman is getting a LOT of attention because of the title’s new creative team, including James Tynion IV, who works with Scott Snyder a lot. As great as that book is, I think Detective is one of the most underrated comics in DC. Tomasi and company are turning out terrific stories month after month, and they deserve some love!

The recent “Mr. and Mrs. Freeze” story was excellent, and now they’re focusing on Two-Face, another character I hear voiced from Batman: The Animated Series, just like the Dark Knight himself.

Two-Face’s cult features some fun-named characters, including Vice and Versa. It makes sense to me that an obsessed villain like Two-Face would attract the attention of certain people who tend to be drawn to “cults of personality” and the like. The fact that Two-Face believes in chance will also attract people who like to look to forces beyond human control.

It’s also fascinating to see the duality in Two-Face, the struggle between Harvey Dent and his criminal alternate. That shows up more than usual in this storyline, even giving Two-Face’s dialogue a special appearance.

There’s a particularly fascinating confrontation between Batman and Harvey Dent as they ride in the Batmobile. Bruce is telling Harvey that HE is stronger than Two-Face, but even Harvey really isn’t as sure.

I also liked Batman showing up unexpectedly behind the Gotham Medical Examiner. She even cracks a funny, and we see the Dark Knight actually apologize for once! There’s also a big surprise in the Batcave, but saying more here would be telling!

Things come to a head when Batman discovers and enters the lair of the Church of the Two, with Two-Face not far behind.

This is my very first time encountering the pencils of Brad Walker, and wow—I like it! I’m super picky when it comes to how Batman is illustrated, but I hope Mr. Walker draws the Dark Knight for a long time to come! Superb!

I particularly like the facial expressions, including Batman’s cape and cowl. There are also times when Two-Face looks up at us sideways, and it’s creepy to the max! The battle sequences are gripping as well, so more of Mr. Walker, please!

While there’s something of a lull in the industry going on, and if you are a Bat-fan like I am, I highly encourage you to dive into Detective! Surprises galore, with twists and turns just like I like ‘em! This title is giving Batman a run for its money, for sure!

I won’t spoil the last page, but let’s just say that if we don’t get #1022 soon, I’m going to really concerned about the future of the Dark Knight!

If you haven’t been picking up Detective Comics, please do! We can never get too much quality Batman time!

While there’s something of a lull in the industry going on and if you are a Bat-fan like I am, I highly encourage you to dive into Detective! Surprises galore, with twists and turns just like I like ‘em! This title is giving Batman a run for its money, for sure!