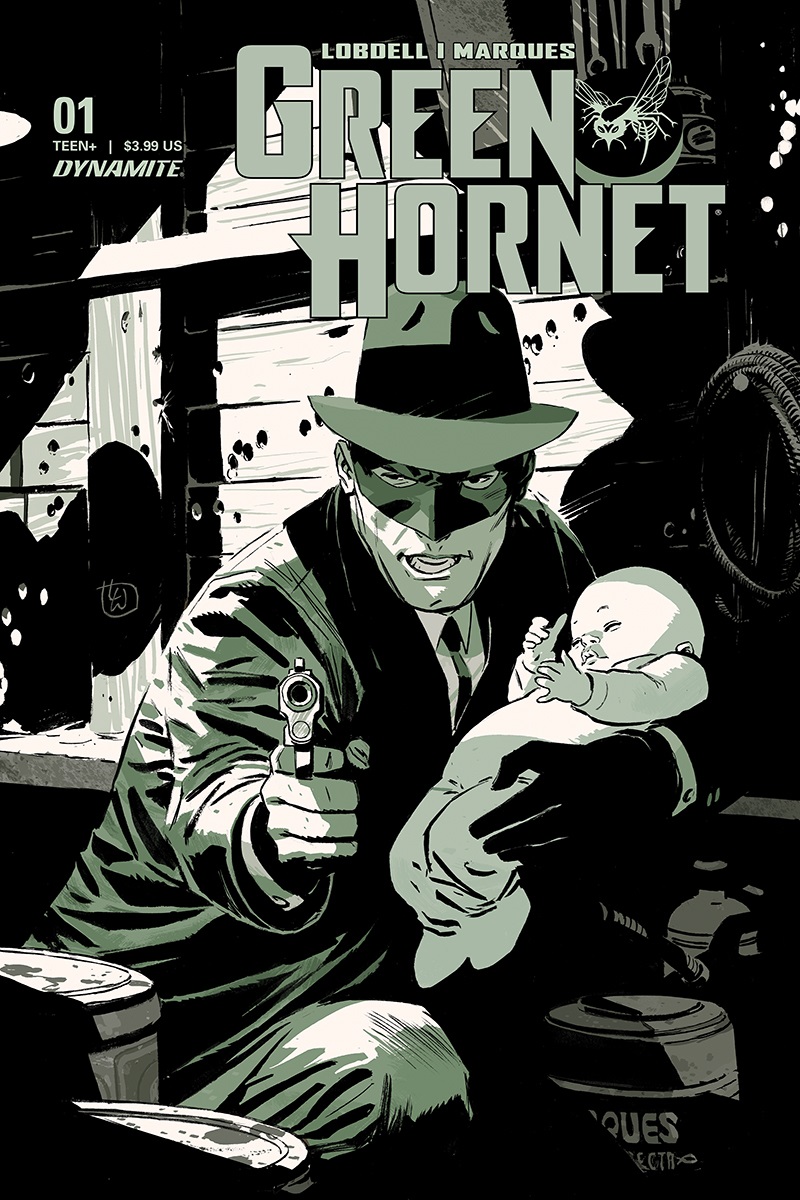 Dynamite Entertainment has announced a new Green Hornet series is coming our way from writer Scott Lobdell and Anthony Marques.

Green Hornet, Kato, the Black Beauty and a bounty of gadgets are back in this artistically unique series. Featuring a slimmed-down, tight-knit creative team, fans of the classic pulp hero will be amazed. Writer Scott Lobdell (Flash Forward, Uncanny X-Men) is joined by artist Anthony Marques (Red Sonja, Vampirella), who is also handling coloring to create a stylish, minimalist palette of black, white and green. Letterer extraordinaire Taylor Esposito (Batman, No One Left To Fight) plays the comic book bass with his consistently on-point storytelling. And did we mention there’s a baby? An alien baby?

“The world is going to change for the Green Hornet and Kato in a huge way!” said artist Anthony Marques. “Scott has crafted a Green Hornet story unlike any other and I’m so excited to be the one who gets to draw it! Everyone is putting in the work to deliver not only the best Green Hornet series but the best comic series available today!”

Writer Scott Lobdell added, “One of the most fun parts of Green Hornet is the way the character lends itself to any kind of story. Noir. Superhero. Action-Adventure. Buddy Comedy. Sci-Fi. Urban Horror. We’re doing a series that combines all those elements into one epic saga. I think a lot of people are going to put these books down and say ‘Damn, they got a lot of story into this issue!”