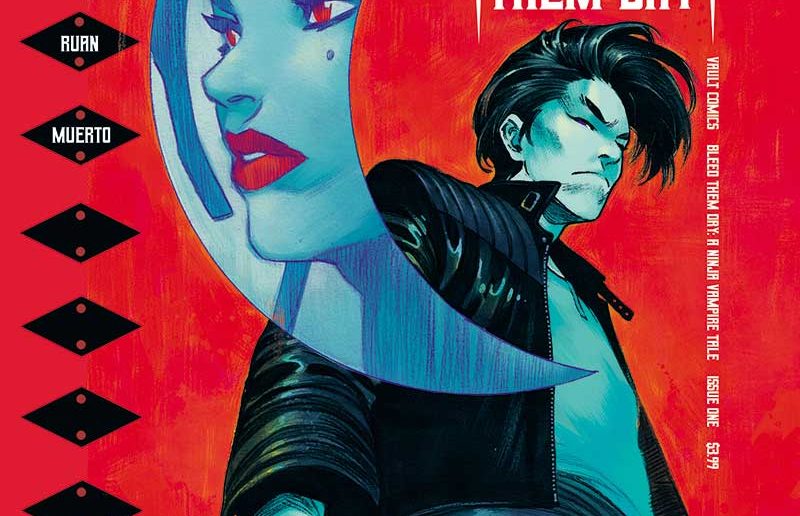 Ninjas and vampires? What about Ninja Vampires? We’ll find out how well the two go together when Bleed Them Dry: A Ninja Vampire Tale from Vault Comics arrives in stores.

Created by Hiroshi Koizumi, written by Eliot Rahal, drawn by Dike Ruan, colored by Miquel Muerto, and designed by Tim Daniel, BLEED THEM DRY weaves Japanese and Western mythology together to create a deep-future sci-fi epic about Detective Harper Halloway, who’s been tasked with capturing an insidious killer: Someone targeting our immortal brethren, the Vampires that have been living beside us peacefully for centuries.

Here is the solicitation information from Vault Comics:

The year is 3333. Earth is in a state of recovery. Vampires are real, and though far less populous, they thrive alongside humans in the Japanese engineered mega city known as Asylum. People have come to understand that some Immortals are good, some are bad, and most navigate the world without incident. There is peace.

That is, until now.

Someone is brutally murdering vampires. And Detective Harper Halloway has been assigned to the case. To solve it, she’ll have to unearth a much deeper truth: the future of humanity has been edited. 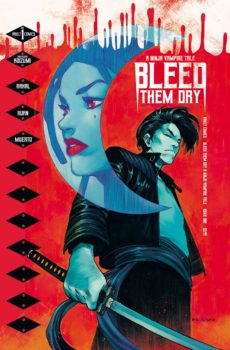 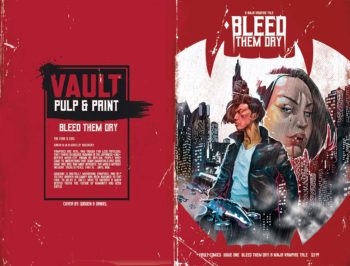 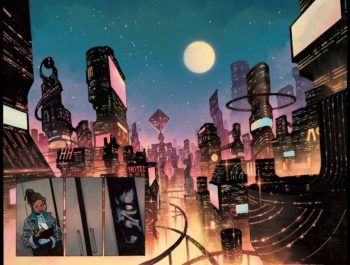 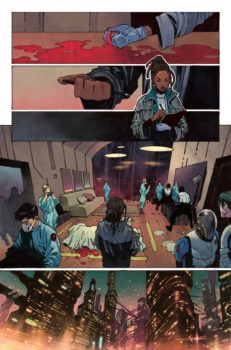 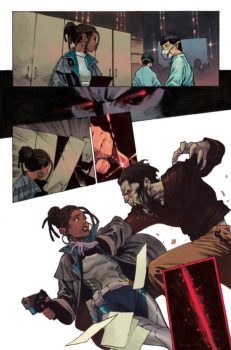 It sounds very interesting, and we’ll see how it comes together when Bleed Them Dry: A Ninja Vampire Tale #1 arrives in stores on June 24, 2020.