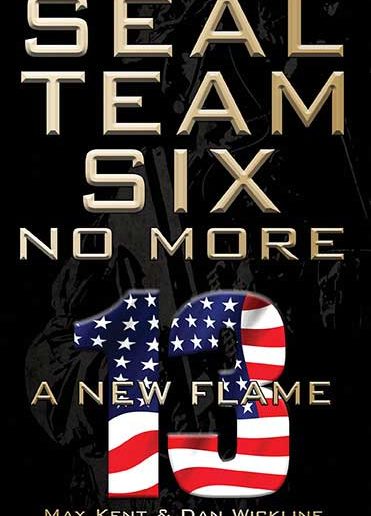 Dynamite Books continues its exciting line launch by diving back into the publisher’s hit action prose series SEAL Team Six: No More. The thirteenth book in the series, A New Flame, brings together writers Max Kent and Dan Wickline to tell an adventure ripped from today’s headlines. This new novel is available in print, e-book and audiobook today. In SEAL Team Six: No More – A New Flame, Randall “Flame” O’Donnell is called upon by a Navy admiral on a very personal mission. A 16-year old American boy has been lured into a warzone in the Middle East, and the team is asked to bring him home safely, even if it’s against his wishes. The mission takes Flame into Syria as the war against ISIS rages on and the battle to tear down the caliphate is in full swing. But why are the People’s Protection Units, the allies of the Americans against the terrorist nation, enticing children into becoming soldiers? How does Flame find and convince a young man to abandon his crusade and return home to his family? And if he can, then the rest of the team must be ready to go in and get them out in possibly the largest push to retake Raqqah.

“Seal Team Six: No More” is the newest audio book from Dynamite Books and an all-new adventure for America’s most infamous combat team.

Kent is a military enthusiast with extensive knowledge of history, tactics, and technical details. He recently teamed with Rik Hoskin for his first novel, SEAL Team Six: Executive Order. Wickline is the creator of the Legacy of Lucius Foggnovels as well as the recent hit comic series The Freeze. While he has worked in most genres, this is his first foray into military fiction after spending his teenage years reading every Mack Bolan: The Executioner, Phoenix Force and Able Team novels he could get his hands on.

“I’ve loved these kind of stories since I was a kid and getting to dive into the SEAL Team Six: No More world after all of the amazing stories by Doug Murray has been an absolute honor,” said writer Dan Wickline. “This is one of the few genres I know of that you can press save on your manuscript, turn on the news and see what you were just writing about come to life on the screen. Here’s hoping readers feel that same sense of realism and enjoy the book!”

The Seal Team Six franchise was kicked off by Chuck Dixon (Batman, Punisher) and has been published since 2013, with six novels in the main series. Writer Doug Murray (The ‘Nam, Jungle Girl) started the spinoff Seal Team Six: No More line of novels.

SEAL Team Six: No More – A New Flame adds to the imprints growing line that recently launched with Vampirella: Blood Invasion by celebrated writer Nancy A. Collins and the first every audiobook of Ernest Tidyman’s groundbreaking original novel Shaft. The new novel is available now in print, e-book and audiobook narrated by the talented Cody Parcell (Kill Yuan).