Hard times ahead for our heroes in Jim Henson’s The Dark Crystal: Age of Resistance #7 from BOOM! Studios. The publisher has released a preview of the issue by Adam Cesare, French Carlomagno, and Jim Campbell.

After some hard times on the road, Paladin-turned-bard Barfinnious and his noble Podling squire Hup finally get to relax and enjoy their hero’s welcome at a festive Spriton village. But a mysterious Beast is lurking in the shadows, threatening the lives of the Gelfling villagers. What should be a simple fight for a former Paladin soon turns dangerous, and the truth behind Barfinnious’ grift begins to emerge. 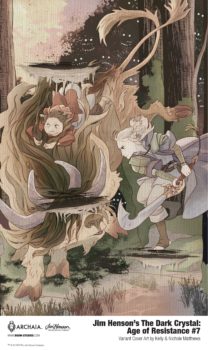 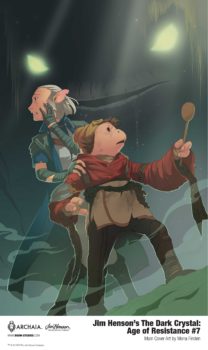 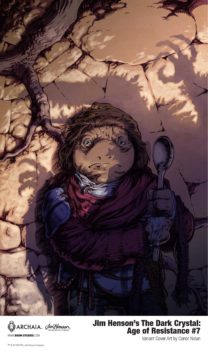 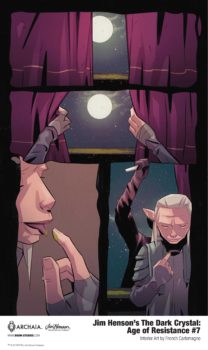 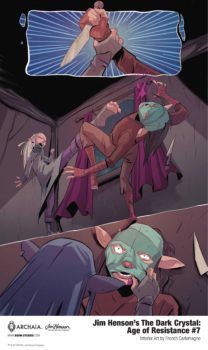 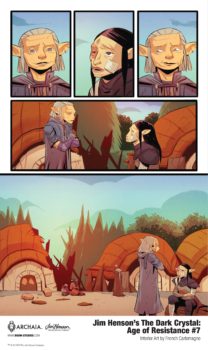 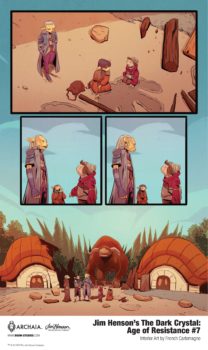 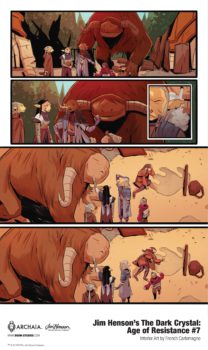