By Christopher Rondeau on March 4, 2020 0 Comments

There is a hidden world roaming 1979 New York. A world filled with demons and real magic. Ulloo enlists a ragtag group for a task but why gather a bounty hunter, a blind woman, and a young stage magician? Find out in Hidden Society #1 by Dark Horse Comics! 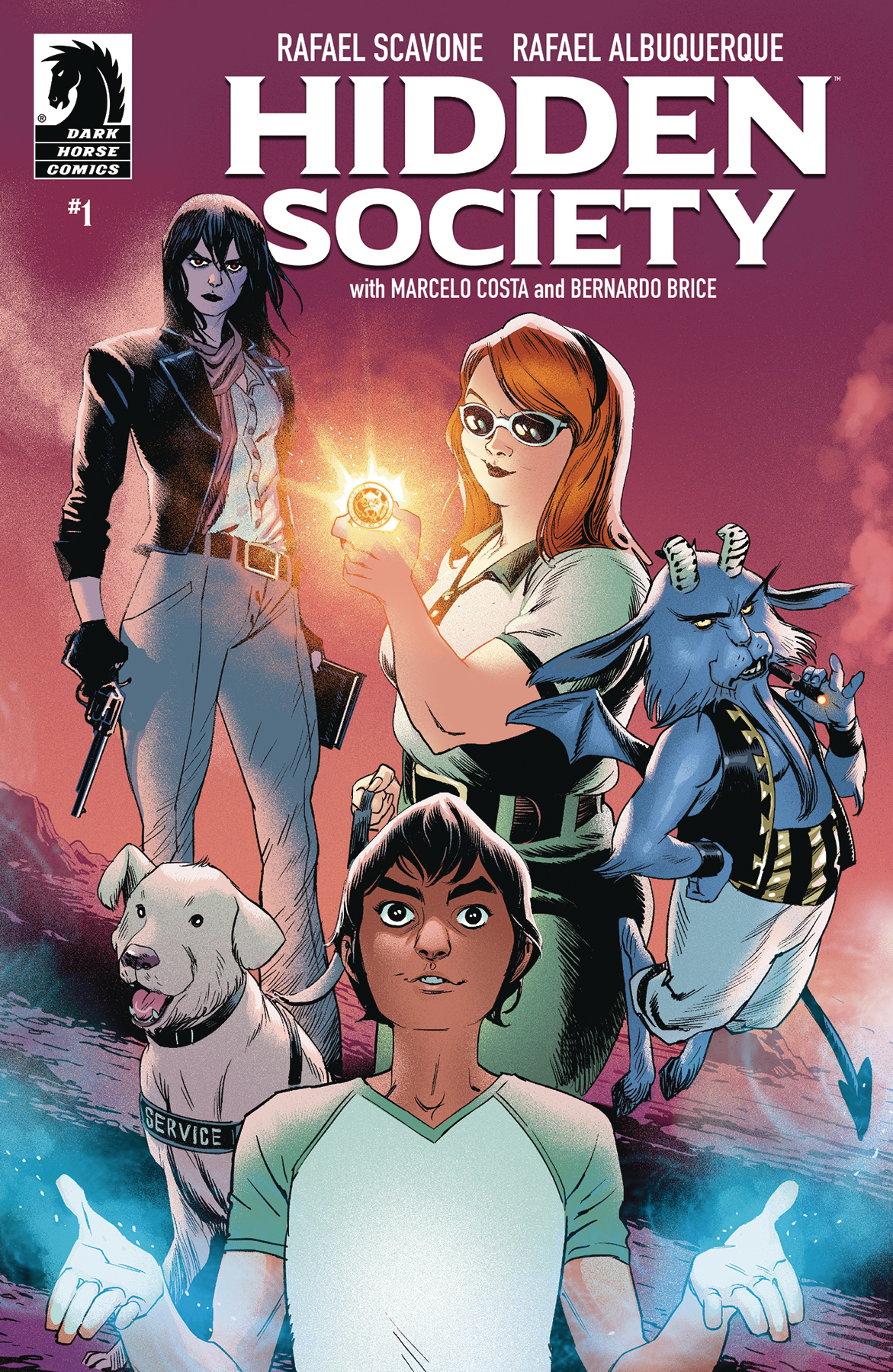 Previously in Hidden Society: Come check out this new series by the team behind Neil Gaiman’s A Study in Emerald. There is a hidden world filled with dark secrets. Ulloo is the last wizard of the “Hidden Society” and he must assemble his team to fight against a group of nihilist warlocks who want to scorch the planet bare.

AN ODD GROUP OF HEROES

This issue is very much about introducing you to a rather diverse cast of characters. First introduced is a hunter named Mercy who owns a book that names her next victims. She then pursues her victims with finesse. Secondly, we see a blind girl named Laura and her service dog called Ozzy. When she is attacked by shirtless hooligans on the street, she is protected by her familiar Orcus. Lastly, we meet a kid stage magician named Jadoo who accidentally uses real magic to make Brooklyn Bridge disappear. All three are gathered by a wizard named Ulloo who has a special task for them.

WHERE IS THE PLOT?

The cast of characters are super cool. I love that one of the main protagonists is blind and another is named Jadoo. After a brief google search, Jadoo means “magic” in Sanskrit. This is rounded out by the mysterious bounty hunter only known as Mercy. A moody killer, an Indian kid, and a blind woman coming together is definitely an interesting premise but there was no plot hook. Yet if we read the solicitation, it is already revealed who the threat is. Why would the solicitation reveal the warlocks but the book itself doesn’t?

I have a strong feeling that this book is going to be better read as a full volume rather than a single issue. This book is difficult to talk about because without the plot hook, I have no idea what the theme or message is. And I want to know so bad because the cast of characters seems to be fairly dynamic and unique.

The art work is done very well. I was brought into the story on the first page as we observe the atmosphere of 1970s New York. This is top notch visually and the stand out artistic moment was when we go from the green magic of Ulloo to the orange dressing room of Jadoo. Great use of color and immediately takes us from one scene to another without a hitch.

I really like the ideas presented here but I just needed a little more. If the book took two more pages and explained the plot it would have felt a little more solid. I understand that you only have a certain number of pages to tell a story but not revealing the plot hook does not make me want to pick up the next issue. Rather, it makes me think I wasted my time. I think the team is onto good things and the optimist in me will pick up the next issue.  3.5 out of 5 for Hidden Society #1.

This book is difficult to talk about because without the plot hook, I have no idea what the theme or message is. And I want to know so bad because the cast of characters seems to be fairly dynamic and unique.