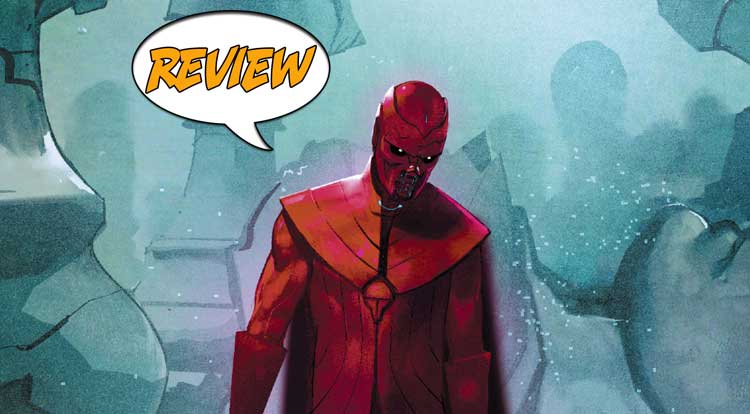 Wheels within wheels, and at the center is the mysterious Leviathan.  Your Major Spoilers review of Leviathan Dawn #1 from DC Comics awaits! Previously in Leviathan Dawn:  With Leviathan arrived, its leader’s identity revealed, and its plans known, what happens next?  ow the heroes fight back! Leviathan changed the rules of the game, so now’s the time for the biggest players to get together and figure out a new strategy in this brave new world.

FROM THE ASHES OF THE SPY AGENCIES…

Steve Trevor is in prison, accused of being the terrorist Leviathan as our festivities begin, when the mysterious Kingsley Jacobs arrives to break him out. Steve doesn’t trust him at first (get used to that, by the way, there’s a lot of it in this issue) but agrees to accept his help in getting out of prison. Elsewhere, Leviathan addresses his new troops (who include both The Guardian and Sasha Bordeaux to my utter dismay), demanding answers about how and why Event Leviathan fell apart. After executing one of his own, the man formerly known as Mark Shaw convinces everyone present to stick to his plan, insisting that they’re not the villains in this situation, and that they need a base of power. Trevor and Kingsley make their way around the world, assembling their own team (the injured Mr. Bones, formerly of the DEO, Green Arrow, The Question, Manhunter Kate Spencer, Lois Lane and TALIA FREAKING AL GHUL) to counter Leviathan’s spread, but find they’re too late: The entire country of Markovia declares itself a haven for and a homeland of Leviathan.

This could get bad.

…COMES NOTHING BUT CHAOS

I really like a nice Bendis “spies in the shadows story” and this one goes global on that premise, but for someone who hasn’t been reading Superman titles regularly, it’s also hard to get my bearings. There are references to how Event Leviathan destroyed the DEO, ARGUS and the like, but not a lot of context, which makes for a lot of questions, especially when we start gathering our players. At least three people are still suspected of being Leviathan by the public, as well (thanks to Shaw deliberately trying to muddy the narrative, a very nice touch), which makes for some additional confusing moments. Still, the tension manages to hold through most of the issue, and it’s nice to see a new iteration of Checkmate in play, especially bringing in Steve and Lois to play with the costumed folks. Alex Maleev’s art is interesting, with a crisper line than I remember from his days on ‘Alias’ and ‘Daredevil’, but there are still many moments where a character’s identity has to be gleaned from dialogue/context clues, and Steve’s confrontation with Talia stands out as feeling sketchy and unfinished. There are some very strong moments, and the final page splash is quite good, though, so it’s still a successful issue visually.

Modern spy stuff seems to require a cynical edge that isn’t really to my particular tastes, but Leviathan Dawn #1 balances that with a strong cast, lots of lovely character interactions and a broad-lens view of a global catastrophe that can’t be fixed by punching one guy, with better-than-the-average-comic art by Maleev making for a strong read, earning 3.5 out of 5 stars overall. it’s a comic whose “what has come before page” really could have used more context and depth, but one that makes for an exciting read nonetheless. I think I’ll be back for more of this..

While I appreciate the need to prune back various spy agencies and I like the cast of characters herein assembled, the plot is very sparse with details and several shocking reveals fall flat because of it... I'm still interested, though.