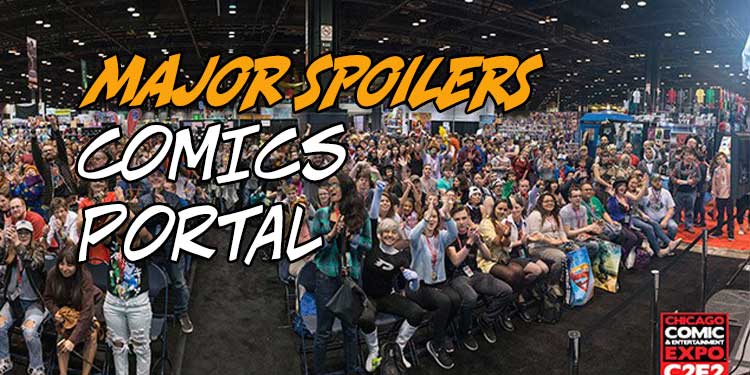 It’s time to launch into a new year of comic conventions, and it looks like this will be an interesting and transformational year for comic cons! This past weekend was what I consider the kick-off to the yearly con season because C2E2 is the beginning of how I often plan my year’s conventions. Yes, I know there are other cons that take place before this one (including Wonder Con), but this one is when the entire country begins participating, seems to me, so it’s the launch of the new con season here.

In the months ahead, we’ll see new cons rise up and some older ones fade away, with still others being the highlights they often are, such as New York Comic Con, Dragon Con, and San Diego Comic Con.

It looks like there are several new wrinkles taking place that will affect many of us as we trek to conventions around both the country and the world, so we need to talk about them some.

I recommend you check out news sites for the latest on the Coronavirus, something that has already caused changes in C2E2 and will continue throughout the year, perhaps longer.

I noticed several comics pros and con presenters saying on social media that they would not be shaking hands or even giving fist bumps during C2E2 this year in order to minimize their susceptibility to catching this disease.

I don’t blame them. This is scary stuff.

However, I’m not exactly clear on whether this disease requires physical contact or if it passes via airborne transmission as well. I’d hate to see many (if not all) of us wearing masks to protect ourselves, but if it requires that, I’m on board with it.

If this disease spreads around the country as quickly as some think it might, we could see some cons either limit the number of days they’re open or shut down completely. For example, in Japan, they have reportedly shut down schools for an entire month. If certain cities get hit hard, the folks running cons in those areas might have to change their plans.

I had the opportunity to talk with a healthcare professional over the weekend, and she recommended that at the very least we all wash our hands A LOT and not touch our faces if we might have been around someone with this or other viruses. But that makes good sense ALL of the time, frankly. In the past, I had noticed that many guests returned to cons they had been at previously to keep in touch with fans and update them on projects they’re working on.

However, I’ve seen more and more pros move in the direction of not returning to a con the year after they had attended one. After all, they want to get in touch with as many fans as possible, and going to different cons in other parts of the country might help them accomplish that.

So, I wouldn’t be disappointed if a favorite comics creator doesn’t return to a con you’ve been to or seen them at in 2019. He or she might be trying to reach out to fans somewhere else that they didn’t get to interact with last year. They could get back next year, so stay tuned!

I do recommend that if you are a fan of a pro, follow him or her on social media, if you can. That’ll help you plan ahead and not be disappointed so much! This is probably part of the process that has gone on for a long time, but I’m just encountering it for the first time myself.

Some of the folks who were exhibitors in 2019 aren’t making the circuit again in 2020. I can think of a couple in particular that have turned to online methods of selling their wares rather than going to cons.

There were several cons I was at last year that, well, were disappointments to some dealers. They didn’t make any money after setting up their booths and trying to sell what they brought with them, so that’s not happening in 2020 with them.

I imagine, though, that there are always people coming in and out of being con exhibitors but, as I mentioned, this is the first time I’ve seen dealers not return to cons. It’s kind of a sad thing, but it’s show business after all, and if they lose money on the deal, they’re not going to continue to buy space at cons.

It takes a lot to buy stuff, pack it all up, ship it someplace, then put it on display. After that, you have to work with fans to try and sell it, then pack up what’s left so you can transport it back home again. It can take a lot out of someone, believe me!

However, maybe new dealers can do better with cons, so change might be a good thing for all involved. We’ll see!

CONS ARE HERE TO STAY I always wonder if how conventions are run and the sheer number of them active now will change over time. If organizers find that they don’t make money or meet the needs of people who like to attend cons, then I expect they’ll either limit the events they make happen or move into another way to make money or keep fans happy.

Personally, though, I think comic cons are here to stay. Yes, we might have fewer of them and they might attract fewer fans over time, but the convention concept has caught on in a big way. Creators love them because they can augment their incomes while interacting with fans on a more personal level. Exhibitors love them because they can earn a good income while selling their stuff as well as meeting new clients. Fans enjoy accessing people they might not meet otherwise as well as finding new products that enhance their love of the industry.

And they are just fun. Tiring, but fun! I do want to see more cons sell new comics this year. I’ve often been to conventions and found NO ONE who was selling the books that came out that week. Hey, this is a comic con, after all!

Let me make a suggestion for 2020 to you. If you enjoy a convention, see if you can work it out to be a volunteer to help make it happen. Cons often need people to perform a variety of tasks each year, including directing fans to where they need to go, organizing special happenings, or being at an information booth to answer questions. Anything that helps a con run more smoothly and efficiently is worth it!

Often cons will reward volunteers with a free pass to the show, for example. Some even give you better access to autographs from stars and pros. It just depends on the show. But you can always check out the con’s website and see if they need volunteers. You just might meet some new friends who have the same interests you do!

What do you think? Will 2020 be a good year for comic conventions? Are there suggestions you have that could help a con you attend? What would you like to see happen this year at comic conventions? Please share your thoughts in the space below!